A federal raid on a household marijuana garden on tribal land in northern New Mexico is sowing uncertainty and resentment about U.S. drug enforcement priorities on Native American reservations, as more states roll out legal marketplaces for recreational pot sales.

In late September, Bureau of Indian Affairs officers confiscated nine cannabis plants from a home garden at Picuris Pueblo that was tended by Charles Farden, a local resident since childhood who is not Native American. The 54-year-old is enrolled in the state’s medical marijuana program to ease post-traumatic stress and anxiety.

Farden said he was startled to be placed in handcuffs as federal officers seized mature plants laden with buds — an estimated yearlong personal supply.

New Mexico first approved the drug’s medical use in 2007, while Picuris Pueblo decriminalized medical pot for members in 2015. A new state law in June broadly legalized marijuana for adults and authorized up to a dozen home-grown plants per household for personal use — with no weight limit.

“I was just open with the officer, straightforward. When he asked what I was growing, I said, 'My vegetables, my medical cannabis,' ” Farden said of the Sept. 29 encounter. “And he was like, ‘That can be a problem.’ ” 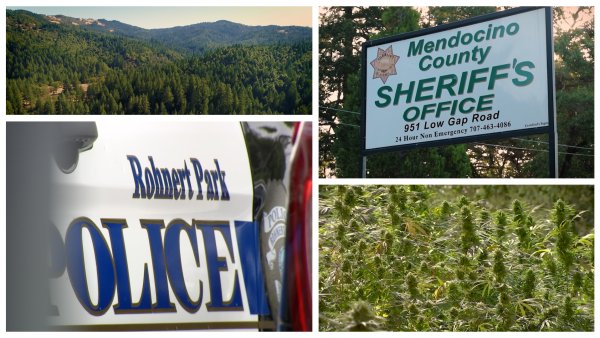 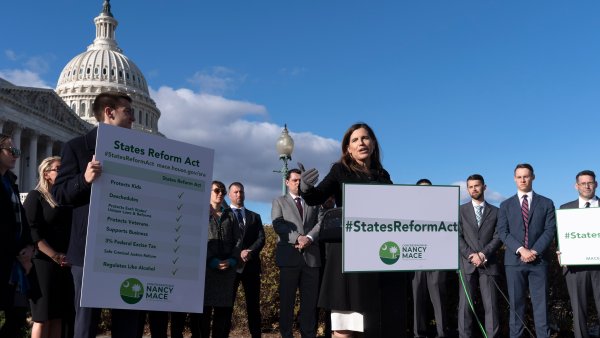 The raid has cast a shadow over cannabis as an economic development opportunity for Indigenous communities, as tribal governments at Picuris Pueblo and at least one other reservation pursue agreements with New Mexico that would allow them to open marijuana businesses. The state is home to 23 federally recognized Native American communities. It's aiming to launch retail pot sales by April.

More than two-thirds of states have legalized marijuana in some form, including four that approved recreational pot in the 2020 election and four more by legislation this year. The U.S. government has avoided cracking down on them, even though the drug remains illegal under federal law to possess, use or sell.

The September raid has some scrutinizing its approach on tribal lands like Picuris Pueblo, where the Bureau of Indian Affairs provides policing to enforce federal and tribal laws in an arrangement common in Indian Country. Other tribes operate their own police forces under contract with the BIA.

In a recent letter to Picuris Pueblo tribal Gov. Craig Quanchello obtained by The Associated Press, a BIA special agent in charge said the agency won’t tell its officers to stand down in Indian Country — and that marijuana possession and growing remains a federal crime, despite changes in state and tribal law.

“Prior notification of law enforcement operations is generally not appropriate,” the letter states. “The BIA Office of Justice Services is obligated to enforce federal law and does not instruct its officers to disregard violations of federal law in Indian Country.”

Officials with the BIA and its parent agency, the Interior Department, declined to comment and did not respond to the AP’s requests for details of the raid and its implications. Farden has not been charged and does not know if there will be further consequences.

President Joe Biden this week ordered several Cabinet departments to work together to combat human trafficking and crime on Native American lands, where violent crime rates are more than double the national average.

He did not specifically address marijuana, though he has said he supports decriminalizing the drug and expunging past pot use convictions. He has not embraced federally legalizing marijuana.

Portland-based criminal defense attorney Leland Berger, who last year advised the Oglala Sioux Tribe after it passed a cannabis ordinance, notes that Justice Department priorities for marijuana in Indian Country were outlined in writing under President Barack Obama then overturned under President Donald Trump, with little written public guidance since.

“It’s remarkable for me to hear that the BIA is enforcing the federal Controlled Substances Act on tribal land where the tribe has enacted an ordinance that protects the activity,” he said.

Across the U.S., tribal enterprises have taken a variety of approaches as they straddle state and federal law and jurisdictional issues to gain a foothold in the cannabis industry.

In Washington, the Suquamish Tribe forged a pioneering role under a 2015 compact with the state to open a retail marijuana outlet across Puget Sound from Seattle on the Port Madison reservation. It sells cannabis from dozens of independent producers.

Several Nevada tribes operate their own enforcement division to help ensure compliance with state- and tribal-authorized marijuana programs, including a registry for home-grown medical marijuana. Taxes collected at tribal dispensaries stay with tribes and go toward community improvement programs.

In South Dakota, the Oglala Sioux in early 2020 became the only tribe to set up a cannabis market without similar state regulations, endorsing medical and recreational use in a referendum at the Pine Ridge Reservation. Months later, a statewide vote legalized marijuana in South Dakota, with a challenge from Republican Gov. Kristi Noem's administration now pending at the state Supreme Court.

“The tribes are sovereign nations, and they have treaties with the United States, and in some cases there is concurrent jurisdiction. ... It’s sort of this hybrid,” he said.

In late 2020, a combination of state, federal and tribal law enforcement cooperated in a raid on sprawling marijuana farms with makeshift greenhouses in northwestern New Mexico with the consent of the Navajo Nation president. Authorities seized more than 200,000 plants. At the time, New Mexico limited marijuana cultivation to 1,750 plants per licensed medical cannabis producer.

At Picuris Pueblo, Quanchello said the cannabis industry holds economic promise for tribal lands that are too remote to support a full-blown casino. Picuris operates a smoke shop out of a roadside trailer and is close to opening a gas station with a sandwich shop and mini-grocery.

“We’re farmers by nature. It’s something we can do here and be good at it,” Quanchello said. “We don’t want to miss it.”

He described the BIA raid as an affront to Picuris Pueblo, with echoes of federal enforcement in 2018 that uprooted about 35 cannabis plants grown by the tribe in a foray into medical marijuana.

“It's a lot easier for a tribe to take a position that they want to do something similar” to the state, she said. “It's still a risk.”

Quanchello said he sees federal enforcement of cannabis laws at Picuris Pueblo as unpredictable and discriminatory.

“We as a tribe can end up investing a million dollars into a project, thinking it’s OK. And because of a rogue officer or somebody that doesn’t believe something is right, it could be stopped,” he said.

Dr. Erica Wymore of Children's Hospital Colorado authored a study that found THC, the chemical that gets cannabis users high, can linger in breast milk for 6 weeks or more after a mother stops using the drug. The impact on newborns is still hard to study.
Copyright AP - Associated Press