President Joe Biden gave no signs of stepping up public pressure on Israel to agree to an immediate cease-fire despite calls from some Democrats for the Biden administration to get more involved.

His ambassador to the United Nations, Linda Thomas-Greenfield, told an emergency high-level meeting of the Security Council that the United States was “working tirelessly through diplomatic channels" to stop the fighting.

But as battles between Israel and Gaza's militant Hamas rulers surged to their worst levels since 2014 and the international outcry grew, the Biden administration — determined to wrench U.S. foreign policy focus away from the Middle East and Afghanistan — has declined so far to criticize Israel's part in the fighting or send a top-level envoy to the region. Appeals by other countries showed no sign of progress.

Thomas-Greenfield warned that the return to armed conflict would only put a negotiated two-state solution to the decades-old Israeli-Palestinian conflict even further out of reach. However, the United States, Israel's closest ally, has so far blocked days of efforts by China, Norway and Tunisia to get the Security Council to issue a statement, including a call for the cessation of hostilities.

The cross-border violence between Israel and Palestinian militants showed no signs of abating as both sides pressed ahead with rocket attacks in Israeli cities and airstrikes in Gaza.

In Israel, Hady Amr, a deputy assistant dispatched by U.S. Secretary of State Antony Blinken to try to de-escalate the crisis, met with Israeli Defense Minister Benny Gantz, who thanked the U.S. for its support.

Blinken himself headed out on an unrelated tour of Nordic countries, with no announced plans to stop in the Middle East in response to the crisis. He made calls from the plane to Egypt and other nations working to broker a cease-fire, telling Egypt that all parties “should de-escalate tensions and bring a halt to the violence.”

Rep. Adam Schiff, Democratic chairman of the House intelligence committee, urged Biden on Sunday to step up pressure on both sides to end current fighting and revive talks to resolve Israel's conflicts and flashpoints with the Palestinians.

“I think the administration needs to push harder on Israel and the Palestinian Authority to stop the violence, bring about a cease-fire, end these hostilities, and get back to a process of trying to resolve this long-standing conflict,” Schiff, a California Democrat, told CBS's “Face the Nation.”

And Sen. Todd Young of Indiana, the senior Republican on the foreign relations subcommittee for the region, joined Connecticut Sen. Chris Murphy, the subcommittee chairman, in asking both sides to cease fire. “As a result of Hamas' rocket attacks and Israel's response, both sides must recognize that too many lives have been lost and must not escalate the conflict further,” the two said. 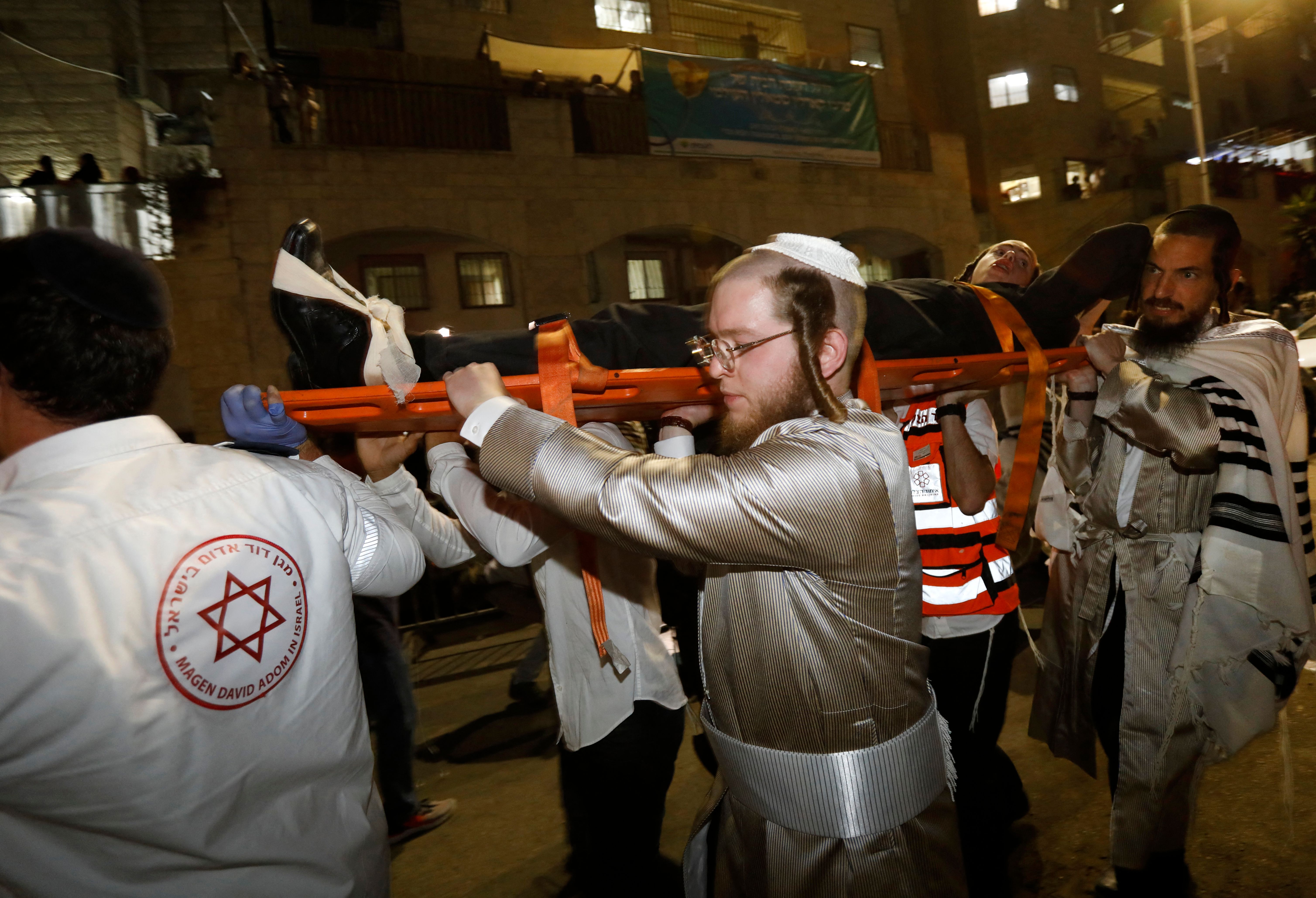 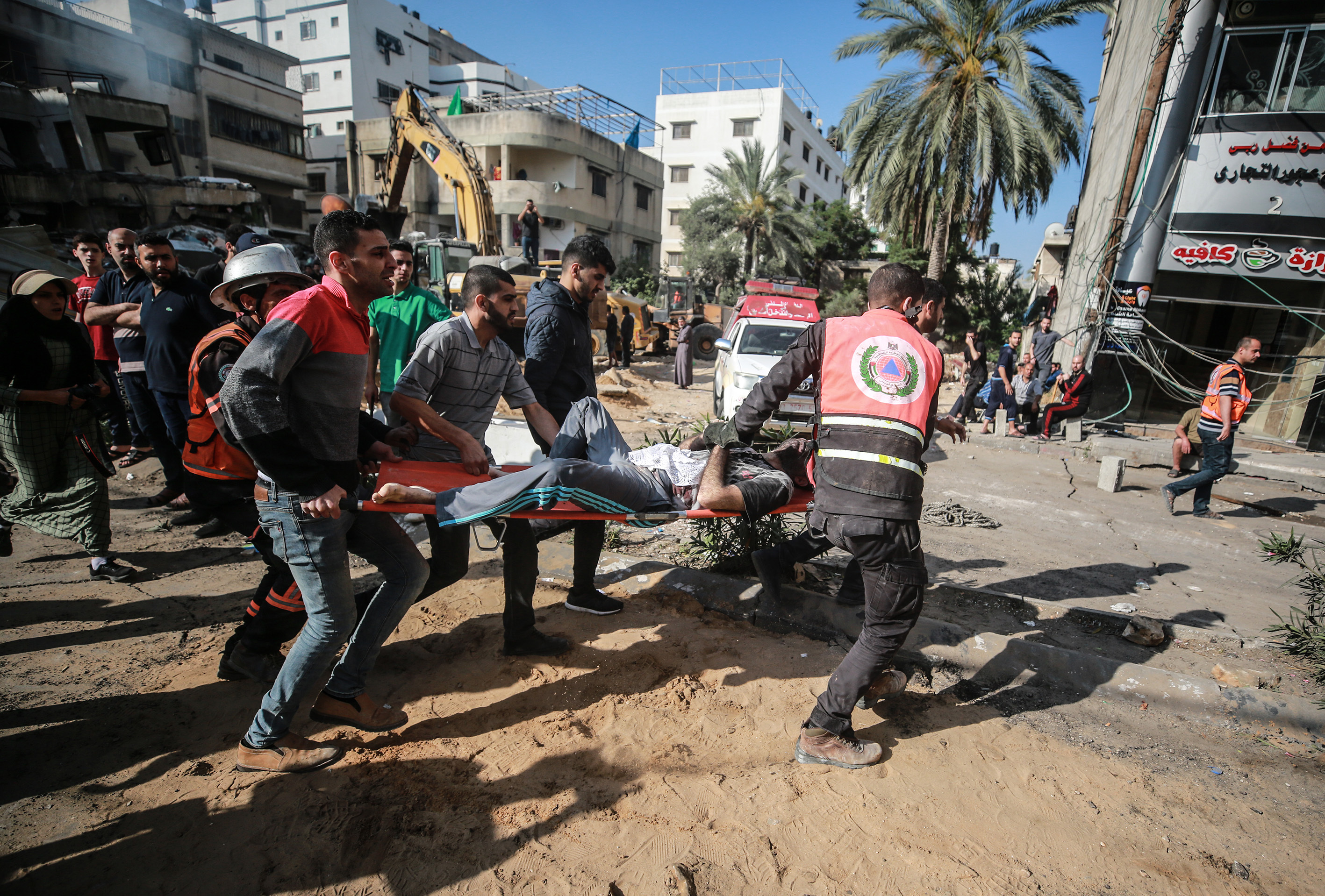 Biden focused on civilian deaths from Hamas rockets in a call with Netanyahu on Saturday, and a White House readout of the call made no mention of the U.S. urging Israel to join in a cease-fire that regional countries were pushing. Thomas-Greenfield said U.S. diplomats were engaging with Israel, Egypt and Qatar, along with the U.N.

Israeli airstrikes on Gaza City flattened three buildings and killed at least 42 people Sunday, medics said, bringing the toll since Hamas and Israel opened their air and artillery battles to at least 188 killed in Gaza and eight in Israel. Some 55 children in Gaza and a 5-year-old boy in Israel were among the dead.

Israeli Prime Minister Benjamin Netanyahu told Israelis in a televised address Sunday that Israel “wants to levy a heavy price” on Hamas. That will “take time,” Netanyahu said, signaling the war would rage on for now.

The meeting of the 57-nation Organization of Islamic Cooperation also saw Turkey and some others criticize a U.S.-backed push under which the United Arab Emirates, Bahrain and other Islamic nations signed bilateral deals with Israel to normalize their relations, stepping over the wreckage of collapsed international efforts to broker peace between Israel and the Palestinians long-term.

At the virtual meeting of the Security Council, U.N. Secretary-General Antonio Guterres said the U.N. was actively engaging all parties for an immediate cease-fire.

Returning to the scenes of Palestinian militant rocket fire and Israeli airstrikes in the fourth such war between Israel and Hamas, “only perpetuates the cycles of death, destruction and despair, and pushes farther to the horizon any hopes of coexistence and peace,” Guterres said.

Eight foreign ministers spoke at the Security Council session, reflecting the seriousness of the conflict, with almost all urging an end to the fighting.

Biden's predecessor, Donald Trump, had thrown U.S. support solidly behind Israel, embracing Netanyahu as an ally in Trump's focus on confronting Iran. Trump gave little time to efforts by past U.S. administrations to push peace accords between Israel and the Palestinians, instead encouraging and rewarding Arab nations that signed two-country normalization deals with Israel.

Biden, instead, calls Middle East and Central Asia conflicts a distraction from U.S. foreign policy priorities, including competition with China.

He's sought to calm some conflicts and extricate the U.S. from others, including ending U.S. military support for a Saudi-led war in Yemen, planning to pull U.S. troops from Afghanistan, and trying to return to a nuclear deal with Iran that Israel opposes.