Afghan President Was Isolated Before Slipping Into Exile

Ghani's destination was not immediately known. In a social media post from an unknown location, he wrote that he left to save lives

Afghan President Ashraf Ghani slipped out of his country Sunday in the same way he had led it in recent years — a lonely and isolated figure.

Ghani quietly left the sprawling presidential palace with a small coterie of confidants — and didn’t even tell other political leaders who had been negotiating a peaceful transition of power with the Taliban that he was heading for the exit.

Abdullah Abdullah, his long-time rival who had twice buried his animosity to partner with Ghani in government, said that “God will hold him accountable” for abandoning the capital.

Ghani's destination was not immediately known. In a social media post from an unknown location, he wrote that he left to save lives. "If I had stayed, countless of my countrymen would be martyred and Kabul would face destruction and turn into ruins that could result to a human catastrophe for its six million residents” Ghani wrote.

Abdullah, as well as former President Hamid Karzai, who had beaten a path to Ghani's door on numerous occasions to plead with him to put compromise above retaining power, were blindsided by the hasty departure. They said they had still been hoping to negotiate a peaceful transition with the Taliban, said Saad Mohseni, the owner of Afghanistan's popular TOLO TV. 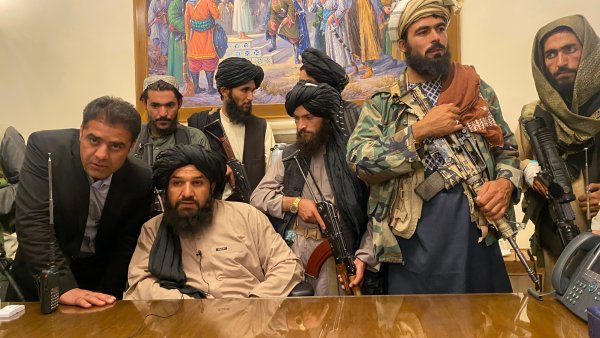 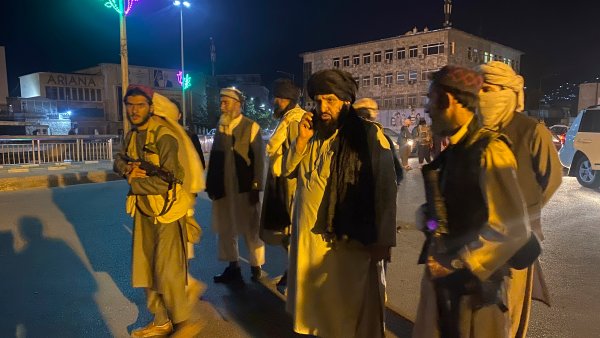 Concerns Over US Terror Threats Rising as Taliban Hold Grows

“He left them in them lurch,” he said. Earlier Sunday, Karzai had posted a message to the nation on his Facebook page, surrounded by his three daughters, to reassure Kabul residents that the leadership had a plan and was negotiating with the Taliban.

Just hours later, he discovered the presidential palace had been abandoned.

“Ghani’s inability to unite the country and his proclivity to surround himself with his cadre of Western-educated intellectuals brought Afghanistan to this point,” said Bill Roggio, senior fellow at the Foundation for Defense of Democracies, a U.S.-based research institute. “As Afghanistan collapsed, he refused to deal with the problems and further isolated himself from the power brokers he needed to deal with the problem, and the Afghan people as well.”

Ghani's style of rule was often characterized as cantankerous and arrogant, rarely heeding the advice of his government and often publicly berating those who challenged him.

As he campaigned for the presidency in 2014, Ghani was taking an anger management course. It seemed to have faltered as multiple tribal elders in meetings with the president have spoken of his verbal lashings.

Ghani's critics say his heavy-handed leadership style is to blame, to some degree, for the rapid disintegration of the Afghan army and an anti-Taliban alliance of warlords who fled or surrendered to the insurgents rather than fight for a widely unpopular president.

“His downfall was his insistence on centralizing power at all costs and a stubborn refusal to bring more people under his tent,” said Michael Kugelman, deputy director of the Asia Program at the U.S.-based Wilson Center. "Later on, his inability to develop a clear strategy to address the Taliban insurgency and perceptions that he was obstructing the peace process hurt him as well.”

Ghani, 72, spent most of his career overseas as a student and academic before returning to Afghanistan in 2002.

He arrived with a powerful set of economic credentials. He was attractive to the West with his World Bank background and was seen as a possible solution to Afghanistan's crumbling and corrupt economy. He was finance minister for two years until 2004. He survived cancer.

In 2014 he fought his first presidential race. It was criticized as deeply flawed and allegations of widespread fraud threatened to destabilize the still fragile nation. Both Ghani and his rival Abdullah Abdullah claimed victory. In the end, the United States brokered a compromise and divided power between the two men and even created a new position of chief executive.

The next election in 2019 fared the same. Again, accusations swirled of deep corruption and both Ghani and Abdullah declared themselves president. They eventually ended months of bickering and Abdullah became head of the National Reconciliation Council that was to bring Afghanistan's warlords and political leaders together to put a united face before the Taliban.

"He worked with a very small circle of ‘yes’ men and got filtered news about the country from them,” said Torek Farhadi, a former adviser to the Afghan government. “Others didn’t dare talk truth to him. He replaced all experienced people in the army and the government with junior people beholden to him. In a traditional country, Ghani was the guy who governed upside down.”

In April a frustrated U.S. Secretary of State Antony Blinken urged Ghani to forge a united stand. He warned the president that he had to expand his circle and be inclusive.

“Unity and inclusivity .... I believe is essential for the difficult work ahead,” Blinken wrote.

“Even with the continuation of financial assistance to your forces from the United States after an American military withdrawal, I am concerned the security situation will worsen and that the Taliban could make rapid territorial gains,” Blinken warned.

Roggio, of the Foundation for Defense of Democracies, said there are many reasons for the government's collapse, but “Ghani was not the man to lead Afghanistan during its darkest hour.”

The Pentagon is sending an additional 1,000 troops to Kabul to help with the deteriorating situation in Afghanistan, according to two defense officials.
Copyright AP - Associated Press