The sides are increasingly dismayed with each other

Extra innings that start with runners on second base, games ending in ties and re-entry are among the possibilities for a radically altered 2020 Major League Baseball season, one limited to a maximum 60 games by teams that claim they can't afford more due to the coronavirus pandemic.

The union also said it wants to discuss allowing games to end in ties “after a certain number of innings” and “the relaxation of substitution rules in extra innings." 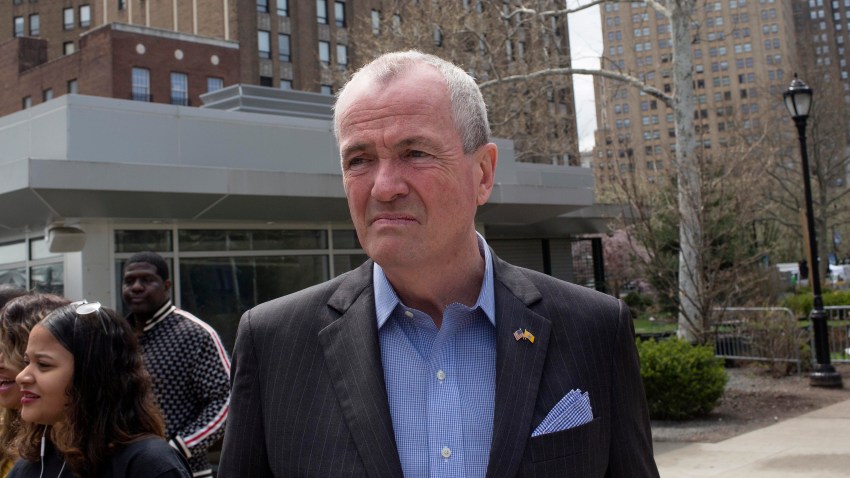 Copies of both proposals were obtained by The Associated Press. Some aspects were first reported by USA Today. The runner on second rule has been used in the minor leagues for the last two seasons.

One big on-field change already has been agreed to by both sides if there is a deal: expansion of the designated hitter to games involving National League teams.

But a deal is far from certain.

MLB Deputy Commissioner Dan Halem told union chief negotiator Bruce Meyer on Friday that teams will not make another proposal. Commissioner Rob Manfred has threatened an an even shorter schedule of perhaps 50 games or fewer.

The union's executive board is likely to meet Saturday.

Complicating any possible resumption, MLB shut all 30 training camps in Arizona and Florida for COVID-19 testing after Philadelphia said five players and three others tested positive. Toronto and San Francisco also reported either positive tests or symptoms that could indicate the disease.

While the NBA,NHLand MLS have found ways to restart their sports, baseball has been unable to cope with the economic dislocation caused by the new coronavirus and the prospect of playing in empty ballparks, reverting to the fractious labor strife that led to eight work stoppages from 1972-95. With time slipping away, the sport will have at best its shortest schedule since the dawn of professional baseball in the 1870s.

Players and MLB are increasingly dismayed with each other and appear headed to a spring training lockout in 2022.

Manfred flew to Arizona and met with union head Tony Clark for five hours on Tuesday in an effort to end the fighting and strike a deal. Manfred said the next day the sides had reached a framework for a 60-game regular season schedule and the full prorated pay that players had demanded, and the postseason would expand from 10 teams to 16 this year and either 14 or 16 in 2021. Like the extra-innings experiment, the larger postseason would occur only in the event of an agreement. MLB wants the right to institute a “bubble” environment if needed for health reasons, but the union is insisting it should have to give consent, “which shall not unreasonably be withheld.”

But Clark refused to call it a framework and said his eight-player executive subcommittee rejected it. The union countered with a 70-game schedule as part of a proposal that left the sides about $275 million apart.

“MLB has informed the association that it will not respond to our last proposal and will not play more than 60 games," the union said in a statement on Friday night. "Our executive board will convene in the near future to determine next steps. Importantly, players remain committed to getting back to work as soon as possible.”

Absent an agreement, Manfred has the right to announce a schedule of any length MLB chooses, but the union has threatened a grievance claiming it would not meet the sides' agreement that requires “the fullest 2020 championship season and postseason that is economically feasible” and consistent with additional provisions. The union also thinks teams understate revenue and would ask arbitrator Mark Irvings to order a broad financial disclosure of broadcast, stadium, real estate and other agreements involving MLB, its clubs and affiliates and the entities and individuals that own them and do business with them.

But the union, with only a one-word comment “reject,” did not embrace MLB's offer to jointly retain an independent consultant to review MLB's financial reporting procedures and issue a report with recommendations by March 1.

Both sides envision opening day on July 19 or 20, and a need first for three days of testing and three weeks of training. That leaves only a few days for a deal that would allow pitchers and catchers to report on June 26, followed by position players two days later. A schedule is to be issued by June 25.

Players originally were set to earn about $4 billion in salaries this year, the fifth straight year of relatively flat payrolls. That total would be cut to $1.73 billion for a 70-game schedule, $1.48 billion for 60 games and $1.23 billion for 50 games — roughly matching the total in MLB's initial proposal for an 82-game schedule with a sliding salary scale.

In addition, MLB has offered a $25 million postseason players' pool. even if there is a lack of fans. The union has proposed $50 million. Normally, the pool is funded from postseason ticket sales.

The union also wants all players released during the resumption of spring training to receive a full season of termination pay rather than the 60 days proposed by clubs.

While MLB has proposed that high-risk players with medical conditions be able to opt out of the season and still receive salary and service time, the union wants the group expanded to players who co-habitate with high-risk individuals, including pregnant spouses. The union also wants a stipulation that no players will be required to sign a waiver or acknowledgment of risk.

Both sides agree they would suspend the luxury tax for 2020 only, a move that would benefit mostly the Yankees but to a lesser degree the Astros, Dodgers and Cubs.

The sides reached an agreement on March 26 that included prorated salaries, $170 million in salary advances and a guarantee of service time if no games are played. That deal says the season shall not start without Manfred's consent unless there are no relevant travel restrictions in the U.S. and Canada, no restrictions on mass gatherings that prevent games in all 30 regular season ballparks and it is safe to play before fans in all 30 stadiums.

The deal called for “good faith” discussions on the economic feasibility of playing in empty ballparks or neutral sites.