The Upper East Side home of former Deputy Mayor Randy Mastro was hit by vandals who threw paint across the front door and wrote expletives on the sidewalk — and he believes it was a targeted attack.

The home was hit some time between Tuesday and Wednesday afternoon, and investigators were looking at surveillance video of the suspect or suspects involved in the vandalism. Police were working on tracking down those responsible, and no arrests have yet been made. Crews were working Wednesday to scrub away some of the vulgar messages left stenciled in paint.

Mastro, who served as deputy mayor of the city under Rudy Giuliani, said he thinks the vandalism is tied to his work in trying to move homeless people out of an Upper West Side hotel.

The homeless hotel fight took a messy turn. Someone vandalized the home of prominent lawyer Randy Mastro, the city's former Deputy Mayor under Rudy Giuliani. He's been working with groups to move homeless people out of the Lucerne Hotel on the Upper West Side. Ray Villeda reports from the Upper East Side.

"These are serious issues that require serious discussion. This kind of vandalism has no place in that discussion," Mastro said.

That discussion involved hundreds of people experiencing homelessness who have been kept by the city at the Lucerne Hotel amid the pandemic. Mastro, working on behalf of a group called the Upper West Side Community Organization, is trying to get the city to move the population from the hotel to a facility downtown.

"Getting them into proper shelters that provide all of the social services that they need, not leaving them in SRO hotels," Mastro said. 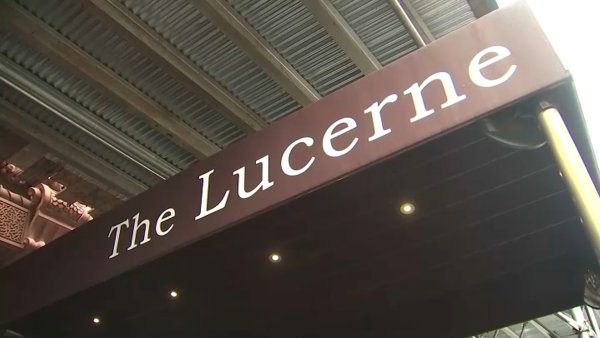 Another group of neighbors who call themselves the Upper West Side Open Hearts Initiative have urged compassion for the temporary residents, while also condemning what happened to the lawyer's home, saying "our fight is for human dignity for all."

On Monday, a judge put a stop to the move after three men sued, saying it would cause them harm and that they wouldn't feel safe moving downtown.

It wasn't hard to Mastro to connect the dots regarding who may be responsible and what their motive was: some of the graffitied messages include phrases like "house everyone" and "Randy Mastro can't displace us."

"I and my family had death threats when I was deputy mayor from La Cosa Nostra. We will get through this, but it's still so sad and profoundly disappointing," he said. "Whoever did this are criminals and should be prosecuted to the full extent of the law."

Both sides involved in the court battle over the Lucerne move are scheduled to appear in court on Nov. 16.

Business leaders in midtown are calling on Mayor de Blasio to move unhoused New Yorkers out of hotels in the neighborhood. Chris Glorioso reports on the issue.