Here's Who is Taking Over Manhattan's U.S. Attorney's Office After Berman Firing

A federal prosecutor who held a key role in the case against President Donald Trump’s former personal attorney worked Monday to restore calm to the Manhattan prosecutor’s office, following the abrupt ouster of her predecessor.

Audrey Strauss, the newly appointed acting U.S. attorney, sent an email to the staff Saturday night within hours of the announcement by U.S. Attorney Geoffrey S. Berman that he would leave his position and would be replaced by her.

The 72-year-old Strauss, a Democrat, will be only the second woman to lead one of the nation’s most premiere districts, home to famous mob trials, terrorism cases and now, probes involving the president’s allies. Her allies say she is a thoughtful, careful lawyer with decades of experience both as a prosecutor and defense attorney.

Fired US Attorney Refused to Sign Letter Critical of NYC 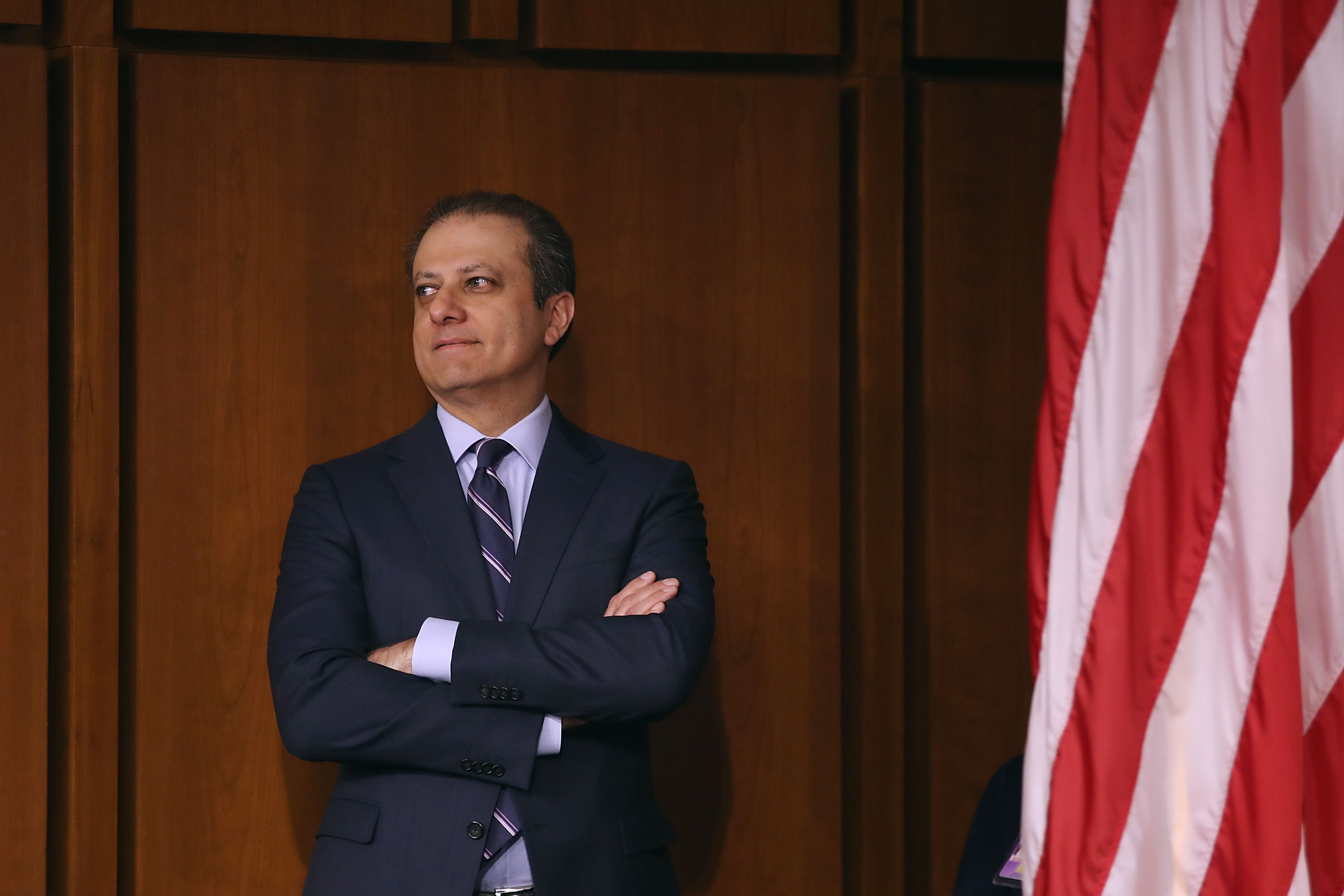 Under Trump, ‘You're Fired!' Even Greets Federal Prosecutors

The extraordinary departure of Berman, a Trump donor who won over critics with his investigations, started with Attorney General William Barr’s abrupt announcement Friday that Berman was stepping down as U.S. attorney after 2-1/2 years on the job. A defiant Berman announced he was staying in the post he’d been appointed to by judges, but then eventually said he’d leave, noting his confidence in Strauss.

Several individuals who read Strauss’ email to staff said it was encouraging and reassuring and reflected her measured personality, insisting the work by prosecutors would remain free from outside influence.

The office’s storied independence has stretched to the White House and the lawn outside it, where conversations at a congressional picnic touched off an insider trading prosecution of former Rep. Chris Collins, the first member of Congress to endorse Trump.

Strauss helped lead the charge against Trump’s former lawyer, Michael Cohen, showing that prosecutors believed the president encouraged the campaign finance fraud that resulted in payouts to silence two women about alleged affairs with Trump before he was president. Cohen eventually pleaded guilty.

The latest probe to touch nerves in Washington resulted in the arrest of two associates of Rudolph Giuliani and an investigation of the former New York City mayor and his dealings on Trump’s behalf in Ukraine.

Trump has signaled plans to nominate the chairman of the Securities and Exchange Commission to the job, and Barr had announced another lawyer would take over in the interim, rankling Berman. In announcing he’d step down late Saturday, Berman noted he was influenced by Barr’s later decision to “respect the normal operation of law” and let Strauss take over instead.

He then paid tribute to Strauss, whom he installed as his senior counsel from February 2018 to March 2019 and then as deputy U.S. attorney, the second highest position in the office.

Berman and Strauss have known each other for decades, having worked together in the late 1980s on the independent counsel’s probe of the Iran-contra scandal.

“I could leave the District in no better hands than Audrey’s. She is the smartest, most principled, and effective lawyer with whom I have ever had the privilege of working,” Berman wrote.

Strauss is well regarded in legal circles for decades of work as a prosecutor and defense attorney. The Columbia Law School graduate spent about seven years in the prosecutor’s office in the mid-1970s and early 1980s, where she met Jed S. Rakoff, now a judge in Manhattan federal court.

“In the now more than 45 years I have known Audrey, she has never once shaded the truth, made a hasty decision, or deviated from the facts,” Rakoff said Monday. “I don’t think this is because of any particular influence or pressure or handicap she has had to overcome. It lies very deep in her character and always has.”

The only woman to lead the Manhattan prosecutor’s office before her was Mary Jo White, who was U.S. attorney from early 1993 until 2002. White said Strauss will be “a very strong leader” in part because she is highly respected within and outside the office.

Former Manhattan federal prosecutor Danya Perry said Strauss “is viewed as a trailblazer and a pioneer.”

She said Strauss joined the office when women were rarely hired. When Perry arrived in 2002, about a third of the newly hired prosecutors were women.

It speaks volumes that Berman agreed to step down in part after receiving assurances that Strauss would take over in the interim, said Bruce Green, a former federal prosecutor who directs the Louis Stein Center for Law and Ethics at the Fordham University School of Law.

“Everyone has known her for decades and she has a proven track record,” Green said. “While this was a black eye for the attorney general, it’s really a victory for the prosecutorial independence of the Southern District of New York.”