A 2-year-old girl died Saturday despite attempts by police and firefighters to rescue her and her grandfather from a house fire in a Westchester County, authorities said

The second-floor of the house in White Plains was engulfed in flames at about 11:15 a.m. when police arrived. Officers rescued the girl's mother and grandmother from the smoke-filled first floor.

One officer attempted to run upstairs to retrieve the toddler and her grandfather, but collapsed from smoke inhalation and was dragged to safety by another officer, police said.

Firefighters were able to get to the child and her grandfather and bring them out to medical responders. Both were taken to White Plains Hospital. 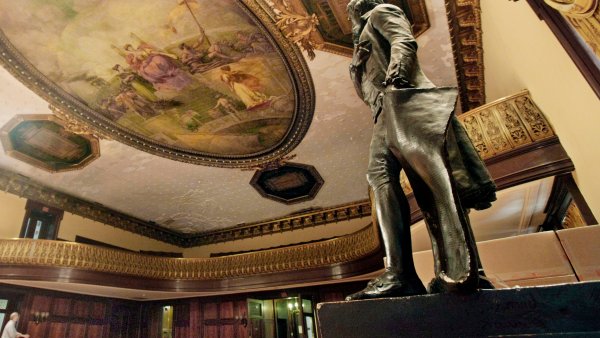 The girl, later identified as Lalayjah Person, died at the hospital. Her grandfather, Charles Young, 79, was hospitalized in grave condition, fire officials said.

The police officer was treated for smoke inhalation and released from the hospital.

Firefighters said the blaze appears to have been caused by an electrical malfunction.