A New Jersey police officer was saved by a bulletproof vest after being shot, allegedly by a suspect on a bicycle Wednesday, authorities said.

According to police, East Orange Sgt. Michael Williams was fired upon several times on North Oraton Parkway around 11:30 a.m., after he attempted to stop 29-year-old city resident Robert O'Neil, who was riding a bicycle.

The officer, who was hit in his lower abdomen, an area covered by the vest, fired back three times. All three shots missed the suspect, who then ran off.

More officers arrived at the scene shortly after the shooting and the suspect was apprehended. A handgun apparently used in the shooting was recovered nearby, officials said. 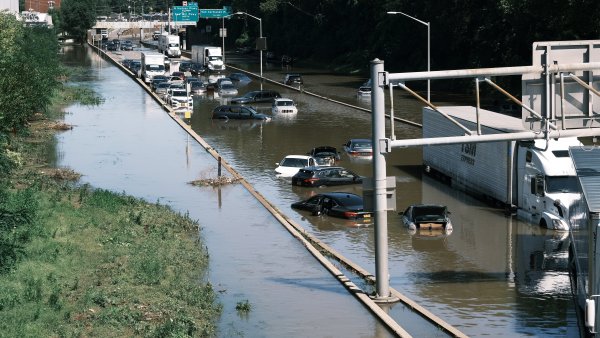 O’Neil was arrested and charged with attempted murder, resisting arrest and weapons offenses.

Although the vest blocked the bullet, Williams was injured by its impact, police said. He was treated at a hospital and later released.

-- Jonathan Dienst and Brian Thompson contributed to this story