As part of Valerie Cincinelli's plea deal, prosecutors plan to drop two charges accusing Cincinelli of paying her lover to kill her husband

A former New York City police officer pleaded guilty Friday to an obstruction of justice charge in a murder-for-hire plot that authorities say sought the death of her husband and her boyfriend’s teenage daughter.

Cincinelli, of Oceanside in Nassau County, said she was “truly sorry” for impeding a grand jury probe on May 17, 2019, by deleting information on an iPhone with the intention of obstructing a murder-for-hire probe. 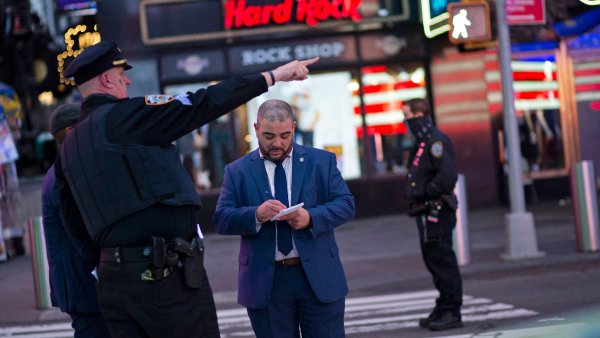 “I know that what I did was wrong,” she said.

She is likely to face a sentence of up to five years in prison at a proceeding scheduled for Oct. 29. Though the charge carries a potential for up to 20 years behind bars, prosecutors as part of a plea deal have said they will not request more than five years.

Having already spent over a year and a half locked up, a sobbing Cincinelli immediately sought bail, saying: “For two years, I haven't seen my son.”

There were more twists and turns Monday in the case of the former NYPD cop who is accused of a murder-for-hire plot. The parents of one of the targets in the alleged scheme speak out. Roseanne Colletti has the latest.

U.S. District Judge Joanna Seybert reserved decision, though she sounded sympathetic to arguments that bail under strict conditions including electronic monitoring might be appropriate prior to sentencing, since Cincinelli might face less than two more years in prison.

Seybert took over the case after Judge Sandra Feuerstein was hit by a car and killed last week in Boca Raton, Florida.

As part of Cincinelli's plea deal, prosecutors plan to drop two charges accusing Cincinelli of paying her lover to kill her husband. The lover went to authorities, and she was arrested.

A criminal complaint had alleged that Cincinelli asked a confidential FBI source to help her hire a hit man to kill the husband and a minor whose identities weren’t made public — for $7,000. Cincinelli allegedly destroyed two cellphones and the records they contained to block the investigation.

Assistant U.S. Attorney Anthony Bagnuola said Friday that had the case reached trial, prosecutors would have played audio and video recordings in which Cincinelli and her then-boyfriend discussed a plot to have a hit man murder her estranged husband and her boyfriend's teenage daughter.

Bagnuola said Cincinelli was heard on the recordings saying she planned to evade any law enforcement probe by offering an alibi and an alternative motive for the killing.

The prosecutor said an FBI agent would have testified that he posed as the hit man and the jury would have seen a video recording of Cincinelli at the moment she saw the photo purported to be her dead husband.