NYC Woman: Flight Attendant Sexually Attacked Me and JetBlue Did Nothing

The accused employee said "Oh no, I was just playing with her. Did she think I was trying to rape her?" when confronted about the alleged sexual assault, according to the lawsuit

A Queens woman who works for JetBlue says she was sexually assaulted by a flight attendant after a night out with a few other coworkers --- and alleges the airline failed to take action even after its investigation substantiated her allegations, according to a lawsuit filed last week.

In a statement, JetBlue told News 4 it could not comment on pending litigation but said it takes "allegations of violent or inappropriate behavior very seriously and investigates such claims thoroughly."

"We work to create a respectful workplace for all our crewmembers where they feel welcome and safe," the statement said.

According to the lawsuit, Jane Doe and Tenorio worked on a San Francisco-bound flight on Feb. 22, 2019, and they discussed plans to go out for dinner and dancing with other coworkers. The two later met up, grabbed something to eat and were then joined by another colleague, Ronald Banks.

While waiting for Banks at their hotel lobby, Tenorio allegedly sat down and placed his head on Jane Doe's chest in a sexual manner. She asked, "Why are you laying on my chest?" and Tenorio got up and moved away. 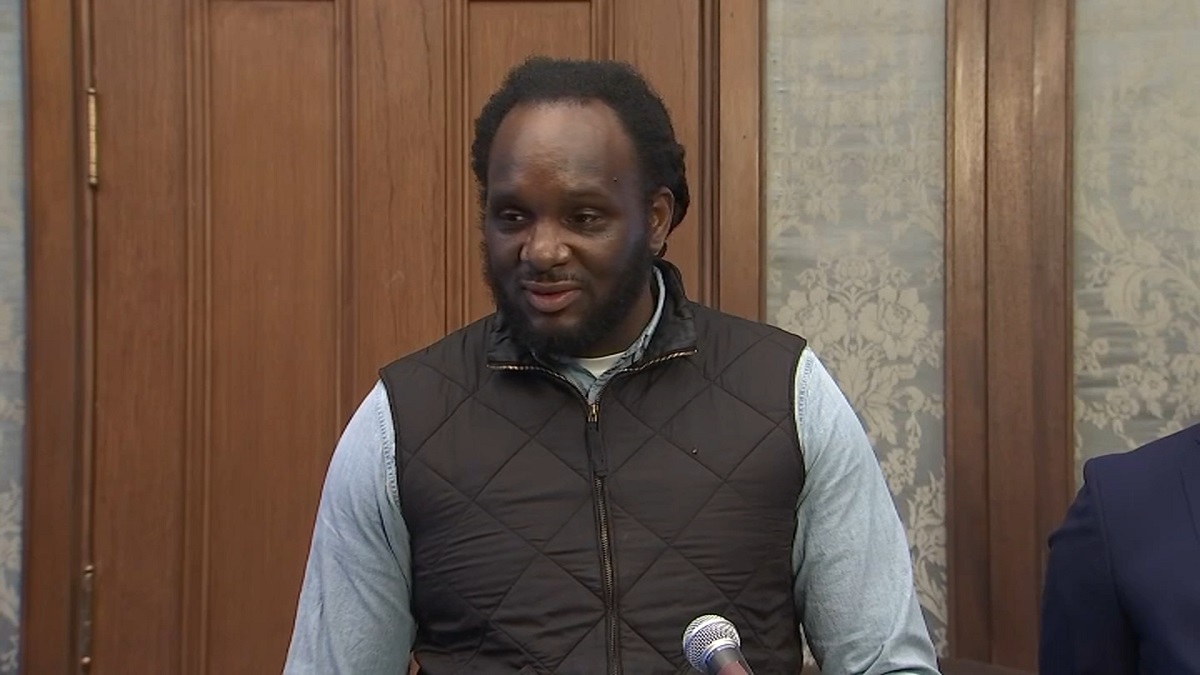 After Banks joined them, the three went out to dinner and another JetBlue employee, Andy Rawlins, joined them back at the hotel lobby. They talked until around 4 a.m. and decided to end the night, according to lawsuit.

When they all got inside the hotel elevator, Tenorio allegedly grabbed Jane Doe from behind and pressed himself tightly against her body and said, in front of other JetBlue employees and hotel guests, "She don't know she going to my room tonight. We going to have some fun."

Jane Doe was unable to overpower Tenorio and get away from his grasp and when the elevator stopped at his floor, Tenorio pulled her out of the elevator, picked her up off the ground and walked towards his room, the lawsuit claims.

She managed to get her right hand free and dug her nails into Tenorio's neck to escape back to her room, according to the lawsuit.

Later that day, Jane Doe told Banks what happened and called the police, as well as contacting Jet Blue Crew Services. The lawsuit said that Banks confronted Tenorio, saying Jane Doe felt like he violated her, to which he "repulsively responded, 'Oh no, I was just playing with her. Did she think I was trying to rape her?'"

Jane Doe also contacted JetBlue's human resources departments. In response, she says she was pulled from the next flight but Tenorio continued working.

Another JetBlue employee reportedly told Jane Doe that Tenorio kept his scarf on the entire flight, violating company policy, and they were unable to see if there were markings on Tenorio's neck.

On Feb. 26, 2019, a Crew Relations investigator contacted Jane Doe and rather asking questions about the sexual assault, Julie Paulino asked her about sex, her divorce, and a dream she had told Banks about, the lawsuit said.

Paulino then stated that JetBlue had substantiated that Tenorio had physically assaulted Jane Doe, but he was not going to be fired. She also allegedly indicated that the victim "be respectful and profession with him, and that she could try to avoid him based on seniority but there was nothing they could do to ensure [Jane Doe] would not be forced to interact with Tenorio."

Having to check her schedule all the time to avoid contact with Tenorio caused Jane Doe mental distress and her only options were to call in sick or bid out of those flights, resulting in loss of seniority status and loss pay.

Attorney information for Tenorio was not immediately known.