Saltwater deposits left behind by Superstorm Sandy combine with water seeping in from outside to eat away at the tunnel’s walls, including sections that house 12,000-volt electrical cables running the length of the 2 ½-mile span, while also degrading the track bed, wood ties and rails

Myriad problems in the Hudson River rail tunnel must be addressed in the next few years to avoid what officials say are potentially catastrophic failures before a new tunnel is finally built, a soon-to-be-completed study by Amtrak spells out in stark detail.

The study by Amtrak, reviewed by The Associated Press, pinpoints a litany of problems in the 110-year-old tunnel, many stemming from saltwater inundation from Superstorm Sandy eight years ago.

Impetus for the effort grew over the last four years as a funding impasse between local officials and President Donald Trump’s administration stalled a project to build a new tunnel. Last year, a separate study found rail travelers had experienced delays of five hours or more 85 times in the previous five years. Just this week, infrastructure failures in the tunnel on successive days caused dozens of trains to be delayed. 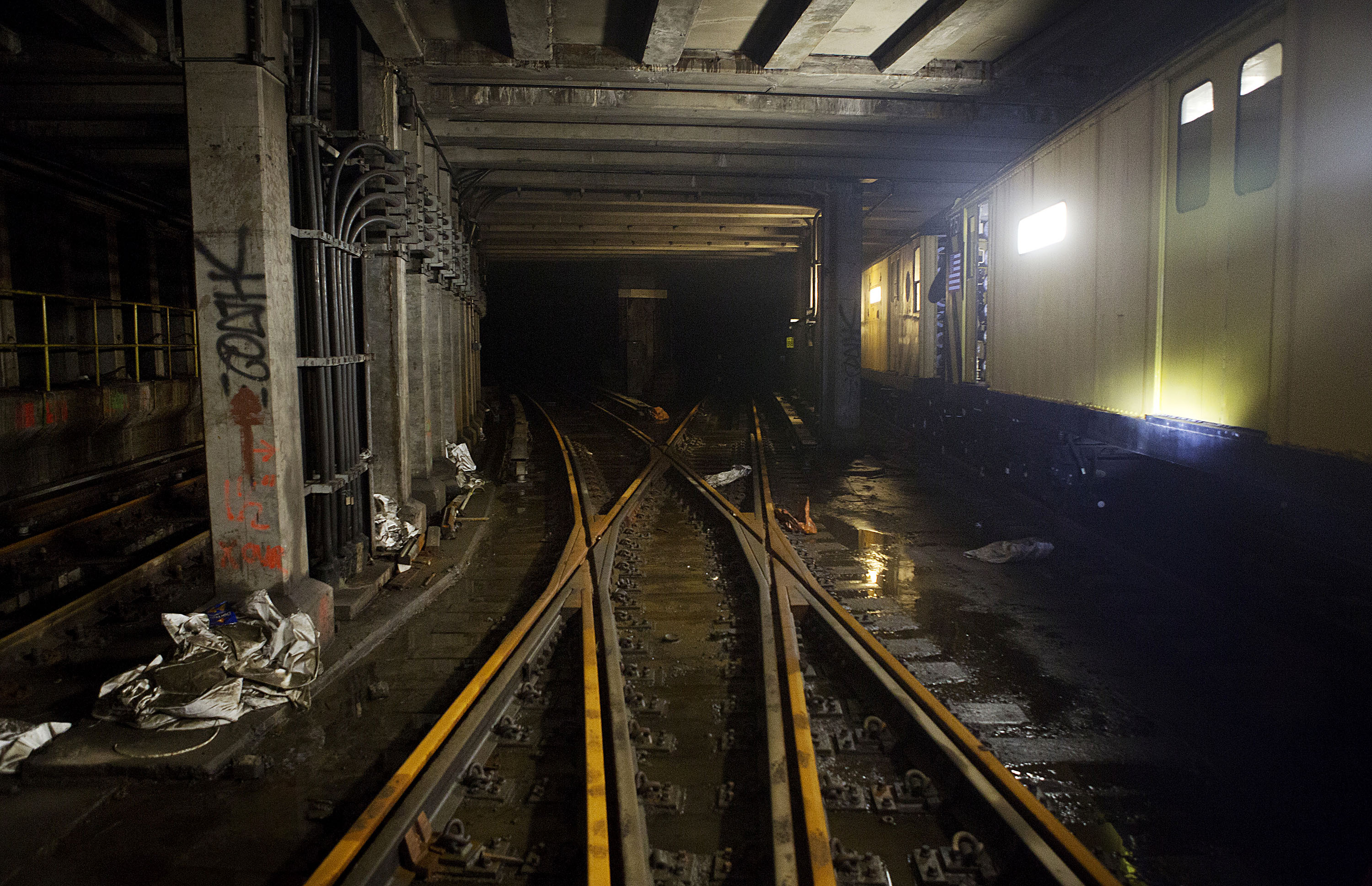 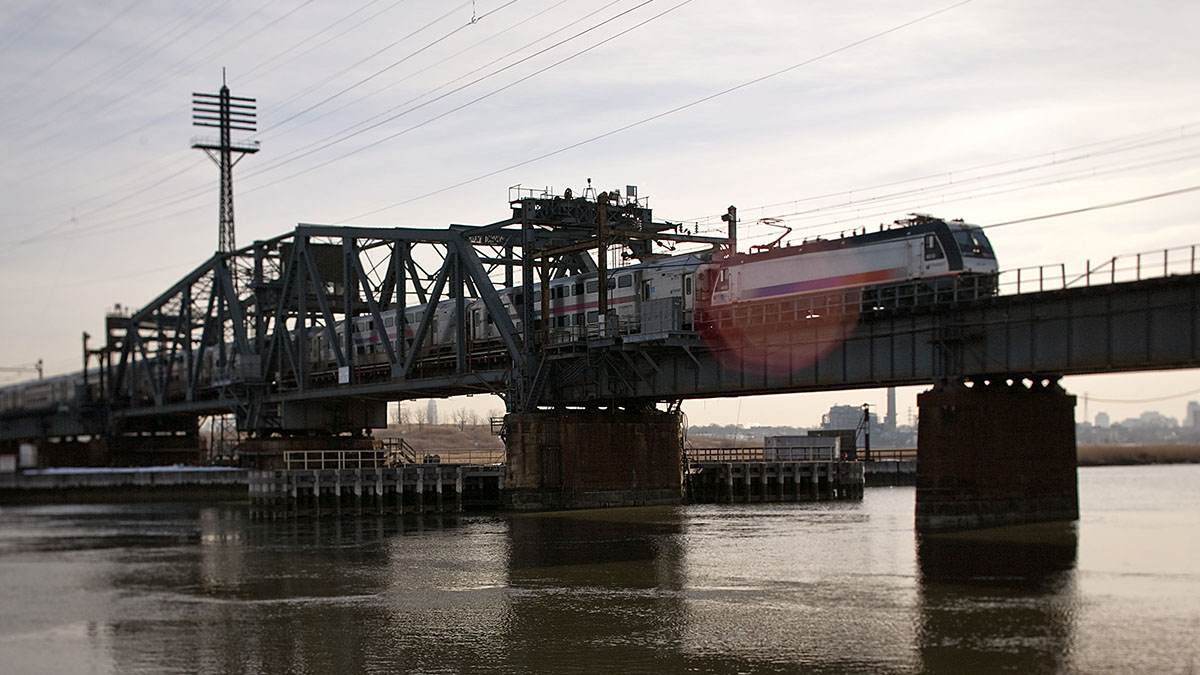 “We don’t want to wait for the catastrophic problem, we want to get ahead of it,” Amtrak Chairman Tony Coscia told The Associated Press.

Saltwater deposits left behind by Sandy, activated by water seeping in from outside, continue to eat away at the tunnel’s walls, including the sections that house 12,000-volt electrical cables that run the length of the 2 ½-mile span. They also degrade the track bed, wood ties and rails.

Plans to build a new tunnel have existed for years, but haven’t progressed. One advanced plan was killed by former New Jersey Gov. Chris Christie over cost concerns. Transit advocates had hoped they would have an ally in Trump, a native New Yorker with Manhattan real estate holdings. The Trump administration has consistently given the tunnel project a low rating that has made it ineligible for federal grants, over a dispute about how much money the federal government will contribute.

The election of Joe Biden as the next U.S. president has raised hopes that the project will move forward. Biden, a longtime Amtrak rider who has specifically mentioned the tunnel during transition planning, understands that the rail link — now the only route across the Hudson for trains on the Northeast Corridor — is vital to the national economy, New Jersey Sen. Bob Menendez said.

Gov. Andrew Cuomo will travel to Washington D.C. Wednesday to press President Donald Trump for federal funding for a new rail tunnel below the Hudson River.

“While these repairs are critically important to ensure safe and reliable service under the Hudson River in the short-term, Amtrak wouldn’t have to spend millions on these temporary fixes had the Trump Administration not purposefully dragged their feet on Gateway,” said Menendez, a Democrat.

But even if Biden embraces it as expected, a new tunnel could be a decade from being finished, even under the best of circumstances.

Amtrak has been performing spot maintenance and repair work on the tunnel for years. But with the tunnel and associated Gateway project to replace other pieces of train infrastructure stalled, Amtrak announced in February an accelerated repair program likely to cost hundreds of millions of dollars. The soon-to-be-completed report is the most detailed look yet at what that repair project will entail.

“If we were further along on Gateway, it might not have been necessary,” Coscia said. “The delay has essentially made this not just a good decision, but virtually an essential decision.”

The electrical systems in the tunnel are particularly vulnerable to water. If it collects on the track bed, it can effectively create its own electrical path and sap power from the tunnel’s third rail, used to propel rescue trains that respond to a disabled train in the tunnel, said David Pittman, Amtrak’s principal engineer leading the study. It also can create a false signal that a train is on the tracks, causing confusion and delays for trains nearby.

Icicles from the tunnel’s ceiling can also touch an overhead wire and cause an arc that melts the wire or its lining. Amtrak runs trains through the tunnels during cold weather to knock the icicles off, but those cause additional delays during peak periods when trains are arriving and departing every few minutes.

Among numerous approaches Amtrak will take to address water problems is to inject a waterproof lining behind the tunnel’s walls at the leaks’ sources. Most of those aren’t under the Hudson River, where the tunnel is encased in cast iron, but on either side, particularly the portion underneath New York where the water table is high, Pittman said.

Some work will begin in the coming weeks and months and will take about three years to complete, Coscia said. Ongoing maintenance will continue until a new tunnel is built, then the old tunnel would close altogether for about two years for an overhaul while trains use the new tunnel. The reopening of the refurbished tunnel would allow for increased train service.

The Gateway Development Corp., a coalition of stakeholders including Amtrak that oversees the new tunnel project, also is studying how to make the existing tunnel more reliable.

“It is critical to take steps now to address the failures that threaten the current, century-old tunnel, and we continue to explore opportunities to accelerate the rehabilitation while we simultaneously build the new tunnels which are essential to the regional and national economy,” GDC Chairman Steven Cohen said in an email. “There are risks whenever you rehab while a rail tunnel remains in service, and we need to ensure any plan is feasible.”