Police are looking for the gunman they say opened fire on a man standing outside a Brooklyn convenience store with his dog, shooting him in the face.

The 41-year-old victim, his small dog and a bystander were outside the store on Stanley Avenue in East New York Sunday evening when the shooter approached, according to the NYPD.

Surveillance footage from the store shows the suspect pull out a gun and fire several shots a few feet from the man. The victim is seen shielding the right side of his face with one hand and grabbing the back of his head with the other as he tries to get away.

Then the suspect, bystander, victim and dog run out of the camera’s view. 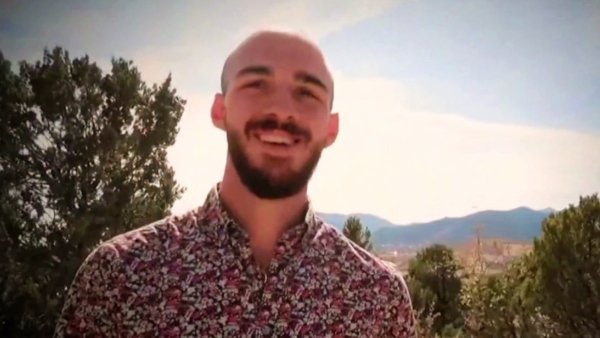 The victim was taken to the hospital in critical condition, police say. The dog had no reported injuries.

The suspect ran from the scene after the shooting.

Anyone with information on the shooter is asked to call Crime Stoppers at 1-800-577-TIPS.