Vaccine demand in New York City appears to be on the decline, creating concern about reaching herd immunity and prompting officials to strategize new approaches to get through to those still unvaccinated. A new plan announced this week hopes prepaid debit cards, among other approaches, will help bring about more inoculations.

It could be vaccine hesitancy or maybe there's still confusion around who is eligible and how to get a vaccine -- either way, the number of New Yorkers getting the COVID-19 vaccine has fallen significantly over the past month.

Vaccine data published by the city shows the number of daily vaccinations across the five boroughs, on average, has dropped by about 50 percent in the last month. The last seven days of available vaccine data suggest an average of 49,500 daily doses have been administered, down from an average of 96,000 one month ago.

Now that eligibility has expanded to anyone 16 and older, and many sites offering walk-ins, few barriers remain to get a dose of the vaccine. As of Friday, roughly 42 percent of New York City adults had been fully vaccinated and 56 percent had received at least one dose, according to city data.

Levine's "proposal to vaccinate the second half of New York City" calls for the development of a new vaccine certification system to prove one's completion of a COVID-19 vaccine series. Similar in theory to the state's Excelsior Pass released earlier in the year, the "NYC Vax Pass" would store images of a person's vaccination card or negative COVID-19 test result.

The councilman's hope is to expand the verification strategy already in use at the large arena and sporting venues across the city, like Madison Square Garden and Barclays Center, and deploy it for city offices and government buildings before expanding to private employers.

A key difference between the apps, he explained, would be the storage of personal data. The "NYC Vax Pass" would not centrally store users' information, "thus significantly alleviating privacy concerns." 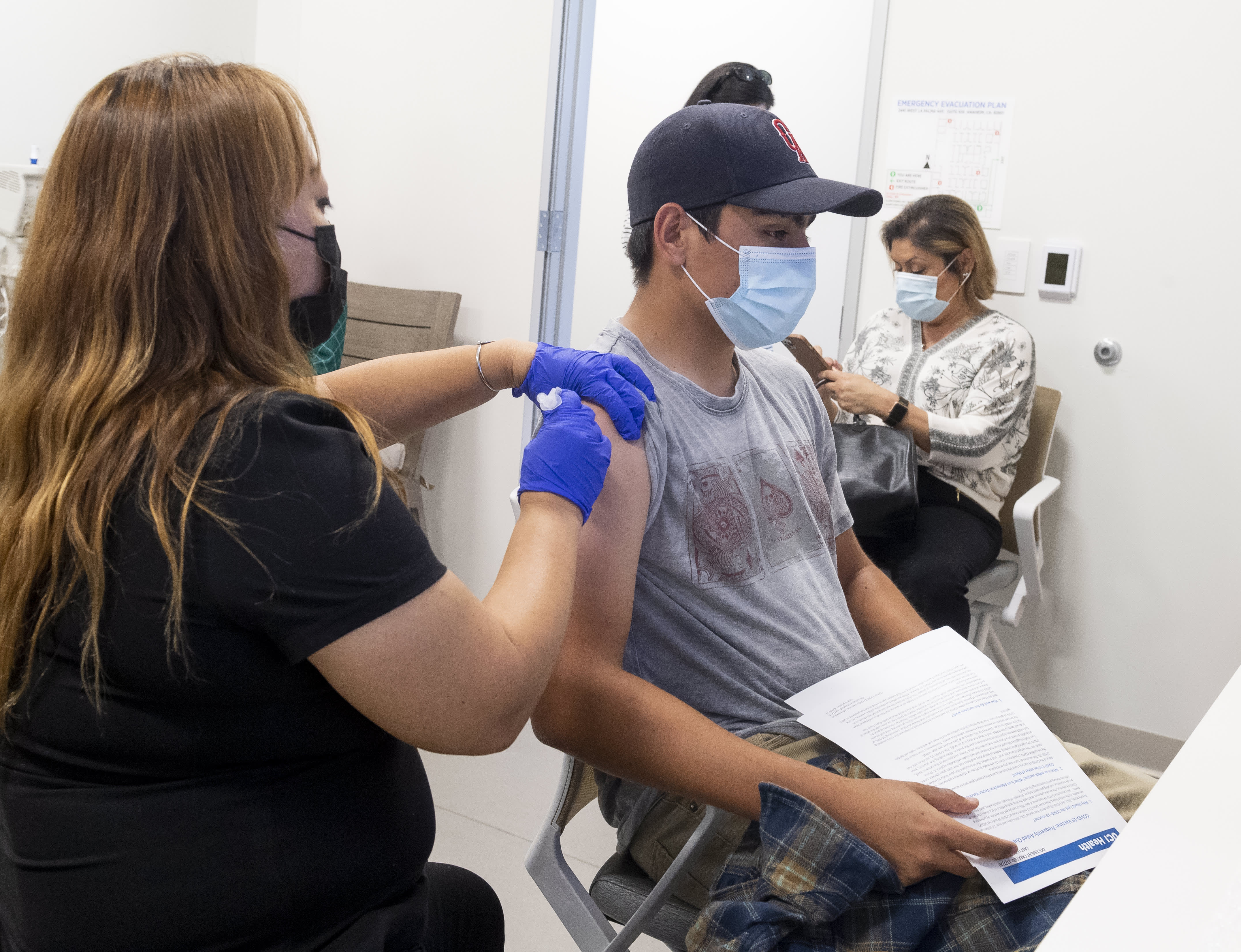 Legislature proposed by the councilman outlines the verification system with an emphasis on the allowance of paper verification to accommodate anyone without access to technology.

“You can have an app on your phone that simply captures an image and maybe authenticates it, but it lives on your phone and nowhere else,” Levine told the Daily News. “For people who can’t or don’t want to use the technology, a vaccine card would be adequate.”

In addition to a new "NYC Vax Pass," the councilman is proposing "Vax Bucks," a prepaid debit card program to incentive anyone who has not already received their shots. The cards could be used at a select number of participating small businesses and art institutions, he said.

It's not yet clear what effect incentives have on getting more shots in arms, but it's a tactic seemingly growing in popularity - and it's not just from companies like Krispy Kremes. Both the Yankees and Mets announced this week free game tickets to anyone who gets a COVID-19 vaccine at Yankee Stadium or Citi Field.