Should all go well, the program that's being given a test run for the Bill's playoff game against the Colts has the potential of being used in opening other New York venues, such as indoor sports arenas, music halls and even Broadway theaters

Testing is replacing tailgating in the Bills Stadium parking lot, with a limited number of fans being allowed to attend Buffalo’s wild-card playoff game against the Indianapolis Colts on Saturday.

Before that can happen, New York state guidelines require the approximate 6,700 fans plus another 200 employees and members of the media first test negative for COVID-19 within 72 hours of kickoff. Each person must show their ID and proof of a negative test before being allowed in the outdoor facility, which seats about 70,000.

Drive-thru testing began Wednesday morning; 4,000 people will be tested within 12 hours at a pace of 5 minutes per car, Gov. Andrew Cuomo said. More tests will be done Thursday. They are being conducted by New Jersey-based BioReference Laboratories. 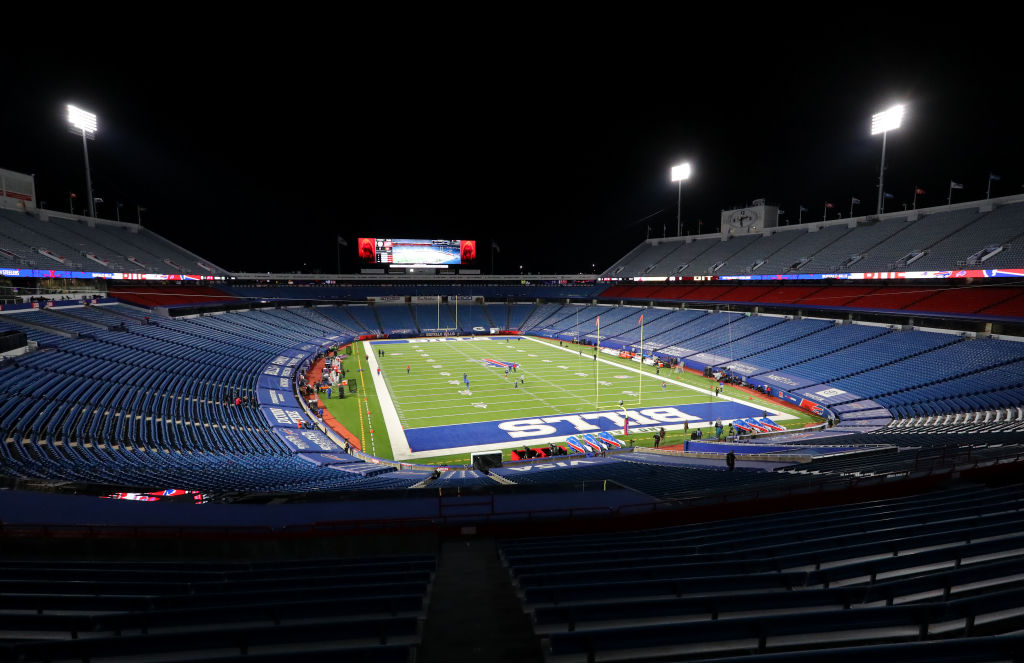 Cuomo's New Pilot Plan Is a Go, Could Be Gateway to Reopening Broadway, More

The company is converting a portion of the expansive stadium lots into a drive-thru testing site. Tests will be done over 14-hour periods both days, feature 30 lanes to accommodate the number of people showing up, and have the results returned within close to a 24-hour period.

“We have approximately 150 staff who are in Buffalo to pull this thing off, who were arriving Saturday, Sunday, training and getting everything set up and ready to go,” BioReference executive chairman Jon Cohen said Tuesday.

Though the company has conducted more than 10 million COVID-19 tests since May, including NFL and NBA players and staff, this will be BioReference’s largest drive-thru event and the first mandatory fan-testing program in the country, Cohen said.

The state considers the program a test run in granting the Bills permission to have fans attend a home game for the first time this season. Should all go well, the program has the potential of being used in opening other New York venues, such as indoor sports arenas, music halls and even Broadway theaters.

“Everybody’s focused on what should be the game and the fans and everything, but this is also focused on how testing programs like this help re-open the New York State economy. That’s a very important issue,” Cohen said. “So it’s a broader brush than it just happens to be a sports event.”

Though a Bills’ win would guarantee them playing at home again the following week, there have been no discussions as to whether fans would be allowed to attend a second game, Cohen said.

“Everybody’s totally focused on getting the job done at hand, and then we’ll figure out if there’s going to be next steps,” Cohen said.

In Buffalo, there’s relief that members of the so-called “Bills Mafia” can finally see their AFC East champions in action up close. It will also be Buffalo’s first home playoff appearance since a 30-27 loss to Jacksonville on Dec. 28, 1996, in what proved to be Bills’ Hall of Fame quarterback Jim Kelly’s final game.

Not surprisingly, the limited number of tickets sold out shortly after being made available on Thursday.

“It’s goose-bump material,” long-time season-ticket holder Barbara Babiarz told Rochester’s WHEC-TV after landing two tickets. “I mean just the thought of being part of this playoff game as a fan when I couldn’t go at all for the whole season I just, there are no words to describe it.”

Cuomo had planned to attend, but said Wednesday he needed to rewrite his planned State of the State speech for Monday given election-related developments in Georgia. He said he would give his ticket to a nurse from Erie County Medical Center and stressed fans honor health heroes by being safe.

Receiver Stefon Diggs, acquired in a trade with Minnesota in March, was already amazed by how many fans turned out in the early hours of Dec. 20 to greet the team at the airport after Buffalo clinched its first division title in 25 years following a 48-19 win at Denver.

“I got a little bit of a taste of it,” Diggs said. “I really look forward to it because we haven’t had fans all year, and that’s something that we can try to take advantage of in the postseason. I try not to think too far ahead right now, but I’ve kind of been focused on this.”