NYC to Give Out 500k Rapid Tests, 1 Million Masks as Omicron Variant Surges

Dr. Jay Varma, a top advisor to Mayor Bill de Blasio, tweeted that the latest positivity data was a sign the omicron variant is evading immunity 'unlike any variant before'

New York City will give out 500,000 rapid tests through community groups and 1 million face masks as the city deals with what Mayor Bill de Blasio called a "very substantial increase" in cases in recent days.

"The data that we monitor so closely is showing an alarming trend," Health Commissioner Dave Chokshi said at a news conference.

The strategy is part of a broad approach that also includes a revised health advisory, an increase in testing capacity and a new campaign to promote booster shots. City officials said the Test & Trace Corps' testing sites will now be open 7 days a week, and that they will have take-home tests to give people if lines are too long.

Mayor de Blasio says the city will hand out more tests, while Mayor-elect Eric Adams is laying out his plan for fighting the virus when he assumes office next year. Melissa Russo and Chris Glorioso report.

De Blasio said there was no decision yet on requiring booster shots for teachers or municipal employees, but said "that's something we are looking at on the front burner and we'll have more to say on that soon."

All of that comes as the percentage of people in New York City testing positive for COVID-19 doubled in three days this week. A top advisor to Mayor Bill de Blasio said it was an indication of the omicron variant evading immunity in a way the virus never had before.

"This is #SARSCoV2 evading both vaccine & virus induced immunity *against infection* unlike any variant before. That's only explanation for dramatic jump in positivity. Consensus for now (but subject to change) is that immunity *against severe disease* should be far better," he went on to tweet.

(A new British study released Thursday suggested the omicron variant could cause symptoms that might be mistaken for the common cold. That comes amid growing research indicating that omicron causes milder illness than the delta variant, but will sicken many more people, threatening the stability of healthcare systems.)

Subsequent to Varma's screenshot, the city updated its data to show the positivity rate was actually 7.3% on Dec. 12, falling to 6.5% on Dec. 13 -- still about double what it was a week prior, in any event.

Omicron NYC cases on the rise

Across the board, the city's indicators are trending in the wrong direction. Over the last seven days, the city is averaging 2,899 positive cases a day, which is more than 1,000 cases higher than the 28-day average.

Transmission rates are going almost straight up as well -- 311 per 100,000 as of Monday, more than double in the space of two weeks.

For the first time, the city listed omicron on its variant tracking page Thursday, indicating it's been identified in 1% of tested cases over the last week. That number is expected to rise quickly, as it has been elsewhere.

De Blasio said that having more test sites open seven days a week should help increase testing capacity, as his health commissioner recommended wearing KN95 masks indoors. The mayor said that there will e stepped up enforcement of the governor's mask mandate as well.

"We will have inspectors going out full-force as early as tomorrow," said de Blasio.

But Mayor-elect Eric Adams, asked at an unrelated news conference about the COVID surge, suggested the city wasn't about to go back to the restrictions it saw in early- and mid-2020.

“It’s going to take a lot for me to lock down the city," Adams said, adding that he would again utilize the Javits Center to house COVID patients if need be.

As Adams prepares to take over the city Jan. 1 and confront the virus, the same surge is happening statewide, prompting Gov. Kathy Hochul to warn Thursday the state was in for a "rough ride" this coming winter.

She said new measures were on the way to try and fight the virus.

“At some point we may have to determine that fully vaccinated may mean boosted as well," she said, adding that an announcement would come soon and people should "prepare for that."

Late Thursday, her office reported one of the highest daily case totals of the entire year, as the state's 7-day average positivity rate crossed 5% and the number of patients in ICU rose 5% in a day.

It's not just New York getting hit hard. New Jersey's COVID dashboard shows the number of confirmed cases reported on Wednesday was not far off from the highest the state has ever seen, coming from Jan. 2021. It was the fourth-highest single day report for the entirety of the pandemic.

Health officials said that the spike is likely due to Thanksgiving gatherings and people spending more time indoors.

Across the state, there are growing signs of the impact of the new variant. On Wednesday, NYU said it would move finals online, close facilities, cancel events and urge students to take food to go from dining halls.

The university cited a "sharp acceleration" in cases this week for the move.

It's not alone in the region, though, in moving students virtual as cases spike. Both Cornell and Princeton have done the same this week.

Neither NYU nor Princeton have updated their COVID dashboards since the surge started, but Cornell has -- and the number of new daily positives on campus rose 23x in one week. 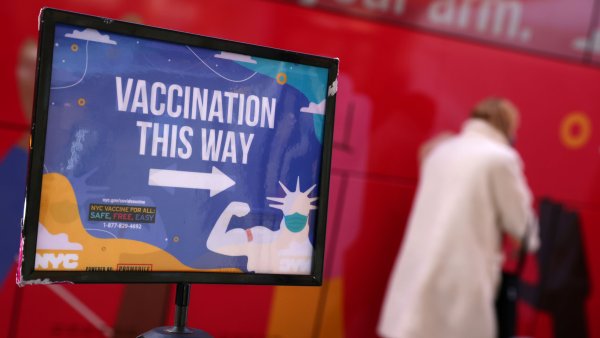 Dr. Eric Topol Says ‘We're Sitting Ducks for This Next Wave' of Covid From Omicron Variant 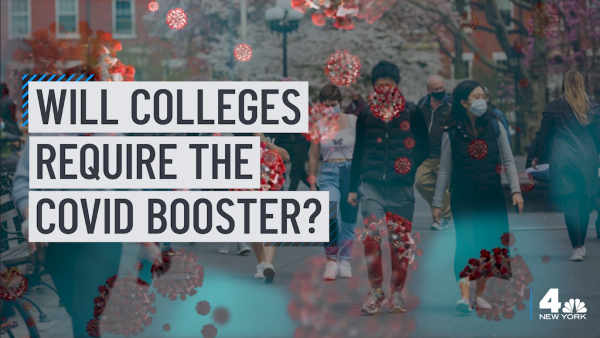