In New York City, Mayor Bill de Blasio strongly recommended every one, regardless of vaccination status, wear masks in public indoor settings, while the number of Olympic athletes testing positive for the virus continues to rise

When workers at New York City-run hospitals show up to work Monday, they will have to show proof of vaccination. If they can't, they'll have to wear a mask indoors and get weekly COVID-19 tests as part of Mayor Bill de Blasio's latest initiative to beat the rapidly spreading delta variant.

Also on Monday, the mayor and his health commissioner unveiled the city's highly-anticipated findings and recommendation on the new guidance from the Centers for Disease Control and Prevention that suggest even vaccinated people return to wearing masks indoors in parts of the U.S. where the delta variant is fueling infection surges.

De Blasio announced the city was only "strongly" encouraging mask wearing in public indoor settings, regardless of vaccination status. The mayor says the city's decision to not implement a sweeping indoor mask policy is due to a strategic focus on pushing vaccination above all efforts against COVID-19 and the rapidly spreading delta variant.

The governors of New York and New Jersey publicly backed the idea of indoor masking for vaccinated people in high COVID risk areas last week, but stopped short of mandating it yet. On Monday, Cuomo held the same line saying the state would not yet step in to implement a state mask mandate: "we're not there yet."

"The CDC puts out guidance -- next question is will the local governments accept that. I have strongly recommended that they do," the governor said. "We would need a state law to [implement a statewide mandate]. The state legislature would need to come back and pass a law."

"It's up to the local governments." That was the throughline in the governor's Monday press conference as he called on cities to make vaccines mandatory in schools and public hospitals, in addition to recommending local governments adopt CDC's latest mask guidance. He repeated his advice to private businesses, encouraging establishments to require proof of vaccination.

The governor also said all MTA and Port Authority employees in New York would be required to show proof of vaccination or face aggressive weekly testing requirements. Cuomo has set a Labor Day deadline for those employees, as well as New York state employees, to be vaccinated.

And over in New Jersey, Gov. Phil Murphy similarly announced a proof of vaccination requirement for employees in certain health-care facilities and other high-risk congregate settings or submit to weekly testing. The date for compliance is slated for Sept. 7.

“We are taking this step today because it has been proven time and time again that vaccines save lives and are our way out of this pandemic," Murphy said. "And we are prepared to consider additional measures if we do not see a satisfactory increase in vaccination uptake in those settings as this new requirement is put into effect.”

In regards to a mandate for all state employees, Murphy said they'd wait and see how the process first goes for the healthcare and congregate workers.

One Connecticut city is among the first in the state to begin taking actions. Norwalk is now requiring face masks at government office buildings — regardless of vaccination status — amid the rise in COVID cases. Every county in the state except for Litchfield County now meets the CDC's guidelines for "strongly recommending" masks indoors.

In NYC, vaccination is the priority in the city's fight against COVID, de Blasio reiterated, responding to criticism about delays in his response and fully adopting the CDC's new mask guidelines.

"The main event is vaccination. Masks can be helpful. We're going to delineate to New Yorkers the best way to use masks. They don't change the basic reality. Vaccination does," the Democrat told CNN on Friday. "So, what we want to make sure is that everything we do supports vaccination, focuses people on vaccination, doesn't distract from vaccination, or undermine vaccination."

In addition to mandating city workers get vaccinated, or get weekly testing, NYC will require all new incoming employees provide proof of vaccination "or they cannot start their new job," the mayor said Monday. It was the latest mandate in the city, on top of ramped-up vaccine incentives. Over 8,300 New Yorkers have so far benefited from the $100 cash payout for getting their first shot at a city-run site.

And while no mandate for proof of vaccination has been announced for schools in the city, the mayor says public campaigns are in full swing to get everyone 12 and up vaccinated before the start of school. This week is the last week to get all eligible kids fully vaccinated by the first week of school in New York City, he added.

Across the U.S., confirmed coronavirus cases have doubled in more than 40 states in the last two weeks. About 97% of cases are among the unvaccinated, and 40% of the country has yet to get the shot.

In NYC, the president of Mt. Sinai Hospital system said that COVID hospitalizations have tripled in the last three weeks. Dr. David Reich said that the number of people admitted for COVID has gone from 19 in early July to 59 on Monday. While it is a spike, that is still only a tiny fraction from April 2020 numbers, when there were about 2,000 COVID patients hospitalized in the Mt. Sinai system.

Dr. Anthony Fauci warned Sunday that things will get worse, saying more “pain and suffering” is on the horizon as he pleads with unvaccinated Americans to get their shots.

Fauci, the nation’s top infectious disease expert, also said he doesn’t foresee additional lockdowns in the U.S. because he believes enough people are vaccinated to avoid a recurrence of last winter.

Federal health officials have cited studies showing vaccinated people can spread the virus to others and Fauci said not enough people are inoculated to “crush the outbreak” at this point.

Most new infections in the U.S. continue to be among unvaccinated people but so-called breakthrough infections can still occur in vaccinated people. Though the vast majority of those cause mild or no symptoms, the research shows they can carry about the same amount of the coronavirus as those who did not get the shots.

The number of COVID-19 cases in the United States has surpassed 35 million and California has become the first state to pass 4 million, according to an NBC News tally late Sunday. Almost 616,800 people have died from the disease in the U.S., according to the calculations.

Meanwhile, the list of Olympic athletes testing positive for COVID keeps soaring. One out of 6 U.S. athletes competing in the Tokyo Olympics is unvaccinated against Covid-19, the team’s top doctor said.

COVID-19 at the Olympics 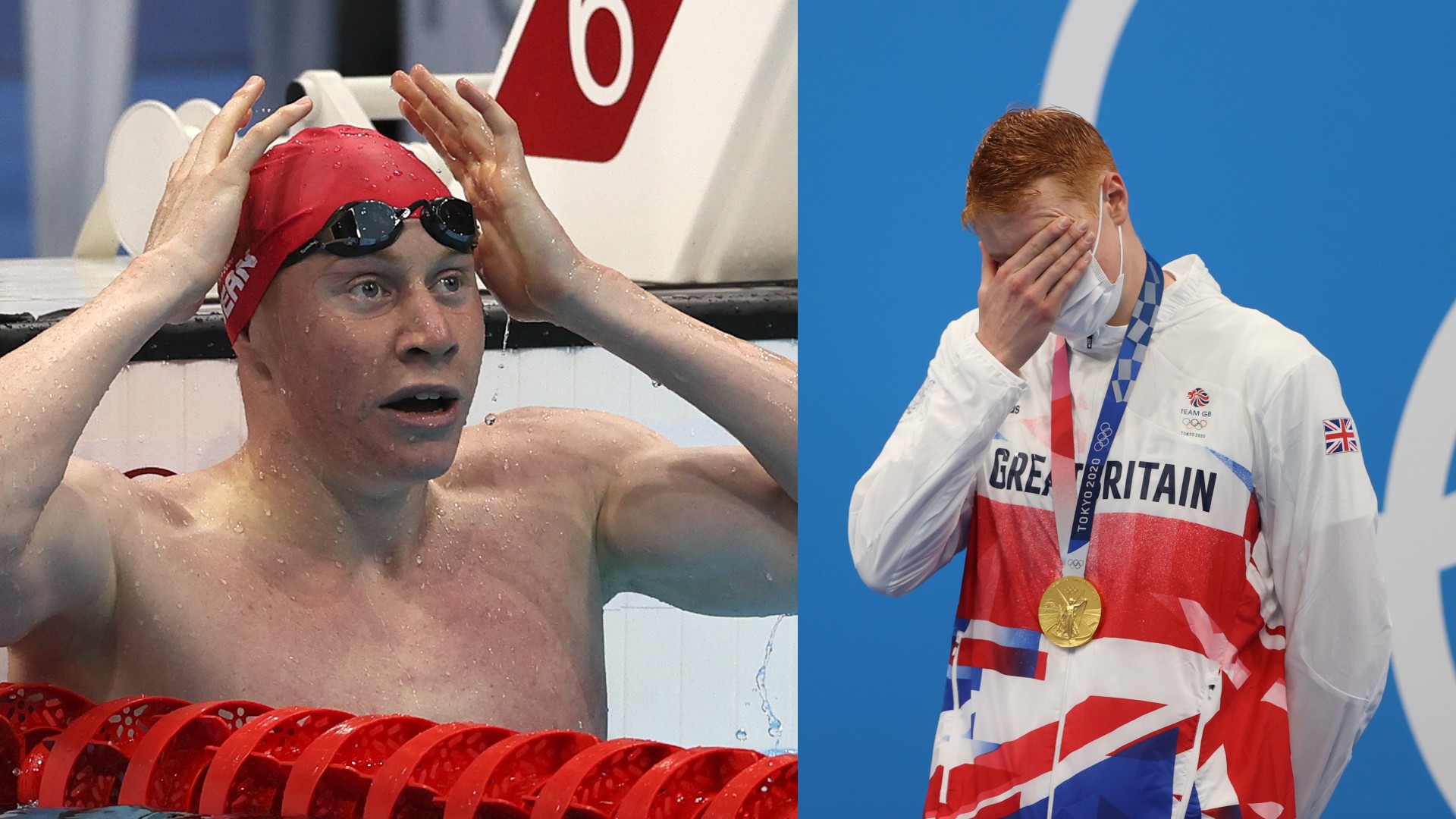 While it is too late for some, people are “getting the message” and more are rolling up their sleeves amid the threat of the delta variant, according to the director of the National Institutes of Health. Dr. Francis Collins said on CNN’s “State of the Union” that vaccinations are up 56% in the U.S. in the last few weeks.

Louisiana, which has the most new cases per capita among states in the past 14 days, has seen vaccinations up threefold over that period, Collins said.

“That’s what desperately needs to happen if we are going to get this delta variant put back in its place because right now it’s having a pretty big party in the middle of the country,” Collins said.

Collins also said that even with the prevalence of the delta variant, the shots are working “extremely well" and reduce a person’s risk of serious illness and hospitalization “25-fold." The guidance for vaccinated people to start wearing masks indoors again in certain places with worsening outbreaks, he said, is mostly meant to protect unvaccinated and immunocompromised people.

The CDC has also recommended indoor mask-wearing for all teachers, staff, students and visitors at schools nationwide, regardless of vaccination status.