New cases in New York are at a seven-month high, and the response (or lack thereof) is quickly becoming a political hot potato

COVID cases in New York state are at their highest since April, and the pressure to do something about it is quickly becoming a campaign issue ahead of next year's gubernatorial election.

On average, more than 6,000 people a day are now testing positive for COVID-19 in New York, rates last seen in the spring. The number of New Yorkers out of every 100,000 population testing positive is up 57% versus two weeks prior.

The percentage of people being tested who test positive is also spiking -- over 4.5% in places like Suffolk, Ulster and Orange counties, and as high as 13% in some central-eastern counties upstate.

Hospitalizations are on the rise again, as are deaths -- just like a year ago, though at a much lower level thanks to vaccinations. As of Sunday, the state said 78% of all New Yorkers ages 18 and up were fully vaccinated, and 66% of all residents when including children. 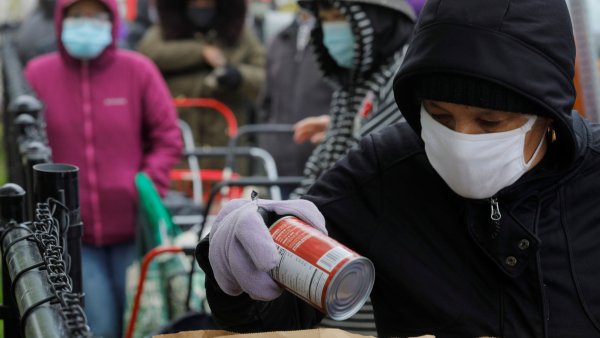 Covid Cases Rise Yet Again in U.S. Ahead of Thanksgiving Holiday

US Opens COVID Boosters to All Adults, Urges Them for 50+

But the governor hasn’t laid out any specific protocols that she could reinstitute, and she hasn’t offered a threshold for how high rates could rise before she’ll act.

She pointed out that large swaths of the state — including much of central, western and Northern New York — are seeing higher hospitalization levels than at this point in 2020.

“It is time to act now to save lives,” James stated. “Anything short of bold action is unacceptable.”