When Dr. Angela Chen diagnosed the first confirmed case of COVID-19 in NYC, she never would have imagined how the virus would ravage the city, the state, and the world

On March 2, 2020, New York Gov. Andrew Cuomo and New York City Mayor Bill de Blasio held a joint press conference regarding the emerging coronavirus, one day after the first confirmed case of COVID-19 was discovered in the state.

Cuomo said it was not surprising that the virus was detected in the state, calling New York the "gateway to the world ... of course we're going to have it here." Mayor de Blasio set out to calm people's fears, saying at the time that it was believed not to come through "casual contact, there has to be prolonged exposure."

The city's health department tweeted that 10 COVID tests had been administered, and one came back positive. The department said in the tweet that "the risk to New Yorkers remains low. The city is fully prepared to respond." 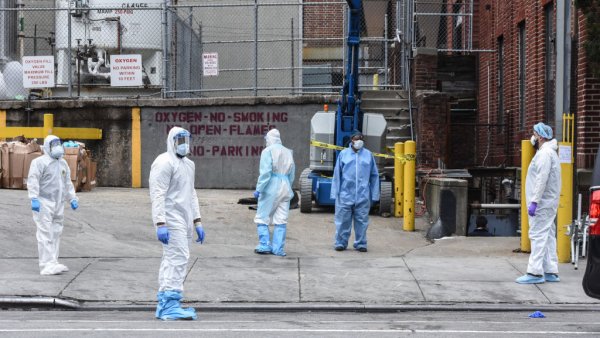 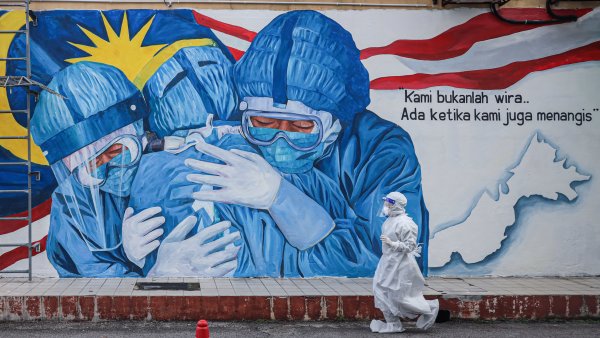 Dr. Angela Chen, an attending physician Mount Sinai Hospital, diagnosed the first case in the city, a woman who came to be known as "patient zero" — and a diagnosis Chen will never forget. It was a 39-year-old health care worker from Manhattan who had traveled to Iran.

"I remember saying to her, 'I think this is it,' I think we have a real case here," Dr. Chen told NBC New York. "This patient has a fever, traveling in a high-risk area, and has several sick contacts."

Chen seemed confident in what she thought could be the first confirmed case in the city, but also wasn't completely certain.

"The nurse and I had going in and I remember we said to each other, 'I hope we go this right,'" Dr. Chen said.

That was well before the virus shut down the entire city and state — and eventually the country and the world. Since then, more than 1.6 million have tested positive for coronavirus in New York alone. More than 47,000 have died from the virus.

What doctors, including Chen, didn't know at the time is that the "patient zero" in reality was anything but — she was one of thousands of people across NYC who already had contracted the virus, there just wasn't the testing available to know about it.

"It was a really scary time, because we had so little information about the virus," Dr. Chen said.

Health officials at the time frequently said that the risk was low, and with testing severely limited, most were told to stay home unless they were seriously sick. While many hunkered down (and to a lesser degree, still are), hospitals were quickly filling up.

During his visit to Houston on Friday, President Joe Biden urged Americans to keep wearing masks even as promising vaccine developments come out. “Cases and hospitalizations could go back up as new variants emerge. And it's not the time to relax. We have to keep washing our hands, staying socially distanced, and for God's sake, wear your mask,” Biden said.

"Everyone was just terrified I think of bringing the virus home," Dr. Chen said. She was dispatched to a COVID ward at Mount Sinai in Brooklyn, and for four agonizing months, her 1-year-old son was staying with his grandparents in New Jersey. The only visits she got to have had to be done through a window.

One day, Dr. Chen's son will learn about his mother's place in history, and about her sacrifice — just one of the heroic efforts from health care workers, who rightfully earned nightly applause across the city.

"We're called on to take care of patients and to help patients by any means know-how," Dr. Chen said. "That's the lesson that everyone has taken away from this entire year."