What to Watch Today: Dow Set to Open Higher Despite Covid Stimulus Uncertainty

Dow futures are pointing a higher Wall Street open, after they had been lower for much of the evening and overnight period. The reversal followed President Donald Trump's surprising attack on the coronavirus stimulus bill after months of negotiations. Dow futures indicated a roughly 55-point gain at the opening bell. S&P 500 futures are slightly higher while and Nasdaq futures were basically flat. CNBC)

Markets are coming off a mixed Tuesday, with the Nasdaq and Russell 2000 closing at record highs, but the Dow and S&P 500 finishing lower. The S&P 500 is riding a three-day losing streak, and the Dow has alternated between gains and losses for nine straight sessions. 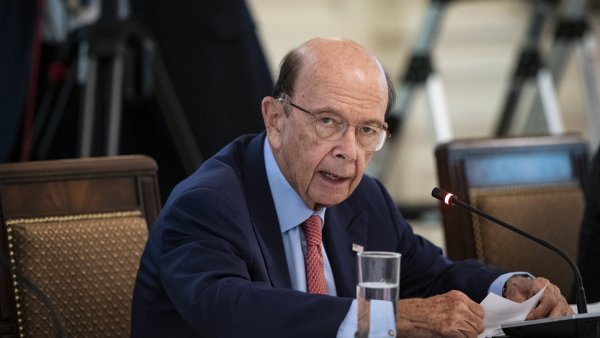 There's a flood economic data this morning, starting at 8:30 a.m. ET with the release of November personal income and spending, November durable goods orders and weekly initial jobless claims.  Personal income is expected to post a 0.3% decline following October's 0.7% drop, while spending is seen falling 0.4% after rising 0.5% in October. Consensus forecasts call for durable goods orders to rise by 0.5% after a 1.3% October increase. And jobless claims are expected to edge higher by 3,000 to 888,000 for the week ending Dec.19.

The government is out with November new home sales at 10 a.m. ET. Economists are looking for a 0.9% drop to an annual rate of 990,000 units. New home sales fell 0.3% in October. At the same time, the University of Michigan is out with its final read on consumer sentiment for December, with the index seen falling to 81.0 from the mid-month reading of 81.4.

Total mortgage application volume increased by 0.8% last week compared with the previous week, according to the Mortgage Bankers Association's seasonally adjusted index. Mortgage demand is ending the year significantly higher than in 2019, but the latest data indicates some cooling off around the holidays. (CNBC)

Payroll processing company Paychex (PAYX) is the only company of note scheduled to release earnings this morning, while there are no earnings scheduled after today's closing bell.

Trump called the $900 billion coronavirus relief bill recently passed by Congress "a disgrace" and demanded changes, including $2,000 direct payments to individuals instead of $600. In a tweet Tuesday night, Trump did not explicitly threaten to veto the stimulus measure, which he had been expected to sign. The Covid package was passed alongside a $1.4 trillion government funding bill, and the government will shut down Monday if Trump does not sign the legislation by then. The bill was approved by both houses of Congress with veto-proof majorities. (CNBC)

The U.S. government struck an agreement with Pfizer (PFE) to acquire additional doses of its Covid-19 vaccine. The deal is for 100 million doses, which would be enough to vaccinate 50 million people because the vaccine requires two shots. In a release, Pfizer said it will deliver all its agreed-upon doses to the U.S. — 200 million in total — by July 31. "This new federal purchase can give Americans even more confidence that we will have enough supply to vaccinate every American who wants it by June 2021," Health and Human Services Secretary Alex Azar said in a release. (Reuters)

President-elect Joe Biden chose Miguel Cardona to lead the Department of Education, fulfilling a campaign pledge to nominate someone who had been a public school teacher. Prior to his current role as Connecticut's commissioner of education, Cardona taught elementary school and became a principal. Should Cardona be confirmed by the Senate, he will help execute the incoming Biden administration's pledge to safely reopen schools amid the pandemic. (NBC News)

Gov. Gavin Newsom selected California Secretary of State Alex Padilla to replace Vice President-elect Kamala Harris in the U.S. Senate. Padilla is set to become the first Latino senator to represent California, where Latinos represent nearly 40% of the population. The son of Mexican immigrants, Padilla had been the top elections official in California since 2015 and previously served on the LA City Council. Harris' term lasts through 2022. (CNBC)

The Department of Justice sued Walmart (WMT), alleging the retail giant's pharmacies helped fuel the opioid crisis by filling invalid prescriptions. Walmart rejected the government's allegations, saying its investigation "is tainted by historical ethics violations." The civil lawsuit represents one of the most significant actions taken by the government in response to the opioid epidemic. Shares of Walmart, after closing lower by 1.2% Tuesday, were down 0.5% in premarket trading. (Reuters)

Chipotle will not require its workers to get the Covid-19 vaccine, according to CEO Brian Niccol, but the fast-casual chain will "strongly encourage" it. Niccol's comments on CNBC's "Closing Bell" shed further light on how corporate America is approaching the anticipated broader rollout of Covid vaccines. A Centers for Disease Control and Prevention panel recommended food service workers be included in group 1c of vaccine distribution. Group 1b includes "front-line essential workers" and people 75 years of age. (CNBC)

Some market makers at the New York Stock Exchange are returning to remote work, as coronavirus cases in the nation's largest city increase again. The changes go into effect Monday. The NYSE partially reopened its doors to a limit number of workers in May, after its historic pivot to remote operations in March. (CNBC)

Elon Musk said he once reached out to Apple (AAPL) CEO Tim Cook about acquiring Tesla (TSLA), but Cook was not even interested in taking the meeting. Musk's revelation in a Tuesday tweet comes after a report from Reuters earlier this week said Apple could start production of an electric car in 2024. Musk said his overture to Cook was during "the darkest days of the Model 3 program." (CNBC)

Formula One (FWONA) is in talks with Amazon (AMZN) to stream its Grand Prix races, according to a Financial Times interview with outgoing Formula One CEO Chase Carey.

FuboTV (FUBO) remains on watch, after chalking up its fifth straight double-digit percentage gain on Tuesday. The video streaming service's stock has gone from $26.47 per share to $62 per share over that five-day stretch.

The RealReal (REAL) is also on watch after rising for six straight sessions and gaining nearly 41% over that time. On Tuesday, Baird Equity Research called the secondhand seller of luxury goods an "open-ended growth story".

AstraZeneca (AZN) said its vaccine should be effective against the new strain of coronavirus, according to Reuters.

Discovery Communications (DISCA) has reportedly raised its stake in OWN, its joint venture with Oprah Winfrey, to 95% from 73%. Variety reports that Winfrey was paid more than $35 million in Discovery shares in reducing her stake to 5%.

Note: Morning Squawk will be on hiatus until Jan. 4.