Inspections have revealed kilos of cocaine found jammed into the electronics bays of several passenger flights, right where the wiring for the aircraft is, according to Customs and Border Protection

It has happened on several flights into the New York area, including recently on American Airlines and JetBlue, with pilots operating passenger jets completely unaware of what was sitting beneath them amid their controls and wires.

Inspections revealed kilos of cocaine found jammed into the electronics bays of several passenger flights, right where the wiring for the aircraft is, according to Frank Russo, the head of Customs and Border Protection for New York's airports. 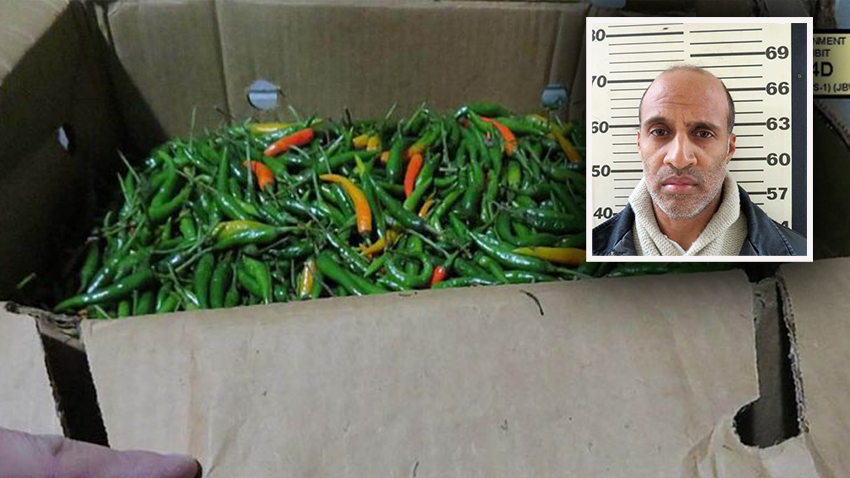 “What we've seen here in the last year alone is over 30 kilos of cocaine and heroin in the avionics section of the plane," Russo said.

He said some planes get grounded because smugglers damage critical wires while rushing to conceal bricks of cocaine.

“We know that these are individuals that don't care about the safety of the passengers that are flying," he said.

Officials say the international flights in question can originate out of Latin America and the Caribbean. At JFK Airport, customs uses a specially trained officer – an airplane mechanic himself — to carry out drug searches in critical parts of the plane.

Homeland Security Investigations said that at airports overseas, the drug cartels pay insiders to get drugs onto planes. And after landing in the U.S., others are paid to retrieve the hidden drugs.

Five people have been charged in a scheme to smuggle millions of dollars in cocaine from Puerto Rico to New York and Massachusetts using the U.S. Postal Service.

Investigators say when it comes to the sensitive avionics compartment, only a few — like mechanics — have access.

“You obviously do not want to have anything that that can interrupt the flow or the operation of an airplane," said HSI Special Agent in Charge, Ricky Patel.

Inspections and investigations are now increasing to stop the cartels, who have reached new heights in their brazen smuggling schemes. HSI said that to investigate these security breaches, a special unit is in place to try to track airport insiders — foreign or domestic — who might be corrupt.

“We have plenty of ongoing investigations that I cannot speak about, but in the past, we've done we've done a few arrests and seizures and interdictions to make sure that the planes and our traveling public are as safe as they possibly can be," Patel said.

But a fire or pilot losing total control mid-air is still unlikely.

"I would say that it could cause certainly a diversion. Because if you start losing multiple systems, you don't really necessarily know the immediate cause. So you need to get the airplane on the ground," Cox said.

Federal authorities are highlighting some of the ways smugglers move powerful opioids such as fentanyl into the tri-state. Marc Santia reports.

JetBlue declined to comment on the recent cases, while an American airlines spokesman said its “corporate security team works in close partnership with law enforcement to prevent any such activity from occurring at our airline.”

Officials said smuggling in an avionics compartment is rare, certainly compared to other sections of a plane. Other common smuggling areas include the cargo hold (in suitcases or shipments) as well as on board, hidden in life jackets under seats, or hidden behind panels in other parts of the cabin.

“We need to dismantle the networks that are behind these cases so that this stops, it's really not safe for the traveling public," Russo said.