A framing device in the “Fiddler on the Roof” revival just opened at the Broadway Theatre has Tevye make his entrance clad in a solid red parka—a jacket any 21st-century New Yorker might keep on hand for winter.

We sharpen our gaze and squint: Yes, that’s leading man Danny Burstein, beloved star of “Cabaret” and “Follies,” on a barren stage, beneath a sign in Cyrillic: “Anatevka.” But what’s this? No yarmulke? None of the sartorial trappings of Imperial Russia-era Judaism? From Broadway to Humpday Dough 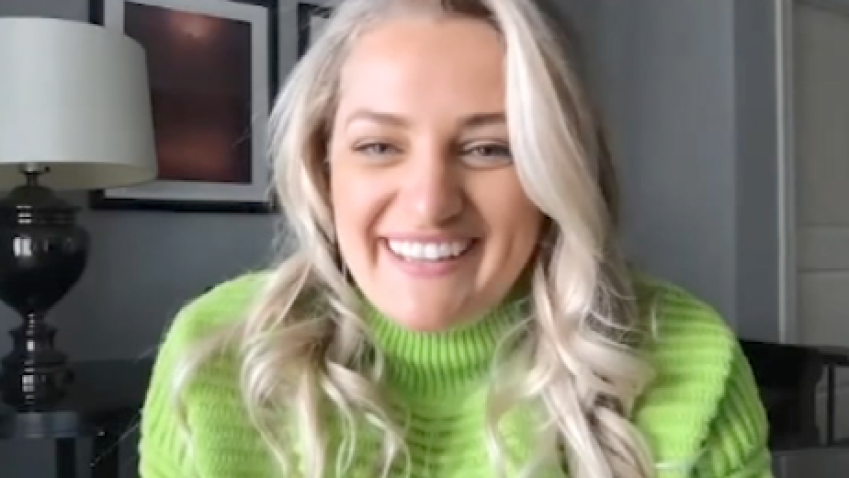 Turns out, it’s not Tevye.

This “Fiddler,” helmed by the protective Bartlett Sher (“The King and I”), is bookended by scenes featuring a man we can interpret to be a present-day descendant of the tradition-cherishing milkman, famously “blessed” with five daughters.

The new scenes, Sher tells NBC4NY, motivate an audience to ask where we stand today, in relation to our ancestors. They’re also, he adds, meant to connect with the current refugee crisis in Europe: “It’s important,” Sher wrote in an e-mail, “to see a man with an uncovered head. That immediately separates him from the past.”

That said? Traditionalists needn’t expect tsuris. This new “Fiddler,” gorgeous and affecting, is a respectful staging of the Jerry Bock-Sheldon Harnick classic, with modernities here and there to keep us on our toes. (Yep, that’s Motel and Tzeitel sneaking away for a passionate make-out session at their wedding. The mores in this shtetl … oy!)

Burstein is the real deal, a vital, yet eminently relatable Tevye. Jovial? Sincere? Resigned? All of the above. Burstein gets on his yidle-diddle-didle-didle-dum, raising his hands to God during their frequent asides, but he’s playful, too, thumbing his nose to the sky when dreaming of the luxuries he’d have in an ebullient “If I Were a Rich Man.”

Throughout, Burstein never lets us lose sight of Tevye’s central struggle: “Our old ways were once new, weren’t they?” If only change were less painful.

As wife Golde, Jessica Hecht (“A View From the Bridge”) is decidedly humorless. Tevye may dream of a spouse with “a proper double chin,” but Hecht’s Golde is square-jawed and worn down, even if it’s she who, so to speak, wears the tallis in their relationship. The couple’s “Do You Love Me?” was spare and genuine. I had chills.

Alexandra Silber, Samantha Massell and Melanie Moore have ample chemistry as their three eldest daughters, Tzeitel, Hodel and Chava. Adam Kantor (“The Last Five Years” at Second Stage) is a delightful Motel, with a solid grasp on the happy-making “Miracle of Miracles.”

As Perchik, the revolutionary who takes an interest in Hodel, Ben Rappaport (TV’s “Mr. Robot”) is effective. His singing isn’t as steady as the other actors, but the shakiness in his voice unexpectedly endeared me to the character. As well, I thought Alix Korey hit the right notes as Yente, the meddlesome town gossip.

Sher’s “Fiddler” is a directorial feat, even if some of his choices will spark debate. I had mixed feelings about Michael Yeargan’s scene design, in which houses and landscaping occasionally levitate for reasons unclear—perhaps to underscore the tenuousness of life in Anatevka? The overall mood is cheerless and disconsolate.

Tevye’s famous dream sequence evoked a Mardi Gras, with the ghostly Fruma-Sarah (Jessica Vosk) rising some 20 feet via stilts to help convince Golde she needs to follow Tevye’s lead on the Motel-Tzeitel match.

With a decade passed since the last “Fiddler” revival, Sher’s staging was a welcome reminder of the ways the Bock and Harnick musical has permeated into our lives (or at least mine): So, if you had a bad week, why should I suffer? An eye for an eye and a tooth for a tooth … that way the whole world will be blind and toothless.

These witticisms have been part of my social vocabulary for years. You? Half the time we don’t stop to acknowledge they’re part of this genius 1964 musical. “Fiddler” is timeless.

In this case, also timely.

That scene, with Burstein in the jacket, repeats at this production’s end, and by then, we experience it as a tribute, to all those who came before us. The vibrant story of Anatevka is being passed along to a new audience, as it should be. Right? Of course, right.