Spike Lee Gets the Key to New York City

"His voice is one of the truest voices of all New Yorkers," Mayor Bill de Blasio said in giving the filmmaking legend the honor

It's something of a surprise he didn't have it already, given his iconic status locally, but now filmmaker Spike Lee can officially say he has the key to New York City.

Mayor Bill de Blasio on Tuesday awarded Lee the key to the city, a ceremonial but high-profile honor recognizing his decades of artistry and local works. (The city's website is careful to note that the key does not actually open any locks or doors.)

"His voice is one of the truest voices of all New Yorkers," De Blasio said. "The way he understands our city, loves our city, sees into our neighborhoods and our lives."

Lee, decked out in Knicks-orange glasses, sat with De Blasio at one of his daily COVID news conferences to accept the honor, a large key that resembles one used to open the back door at City Hall. 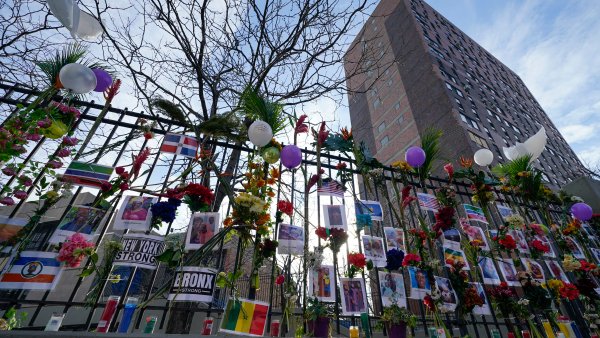 Lee is the 11th person to be awarded the key to the city by De Blasio, whose term as mayor ends in a few days. Most of the previous awards have gone to athletes, patrons of the arts and those advocating for 9/11 survivors.