Justin Turner Returns to Field for Dodgers' Celebration, Takes Off Mask After Testing Positive for COVID-19

Los Angeles Dodgers third baseman Justin Turner, who was pulled from the World Series-clinching game Tuesday after testing positive for the coronavirus, returned to the diamond after the game to celebrate with teammates.

Turner was removed from Los Angeles' 3-1 victory over the Tampa Bay Rays in Game 6 on Tuesday night after registering Major League Baseball's first positive test in 59 days and wasn't initially on the field as the Dodgers enjoyed the spoils of a title earned during a most unusual season.

“We learned during the game Justin tested positive and he was immediately isolated to prevent spread,” Commissioner Rob Manfred said after presenting Los Angeles with the championship trophy.

However, the red-headed star returned to Globe Life Field in Arlington, Texas, about an hour after the game, hugging longtime teammate Clayton Kershaw and sitting front-and-center for a team photo next to manager Dave Roberts with his mask pulled down under his bushy beard.

Wall Street Journal’s Jared Diamond reported that MLB officials “instructed security to get Turner back into isolation" and he "refused to leave” the field.

“He's part of the team. We’re not excluding him from anything,” teammate Mookie Betts said of Turner joining the team for a group photo.

In a statement issued Wednesday, the league said Turner broke protocol in returning to the field.

"Turner was placed into isolation for the safety of those around him," the league said. "However, following the Dodgers’ victory, it is clear that Turner chose to disregard the agreed-upon joint protocols and the instructions he was given regarding the safety and protection of others.

"While a desire to celebrate is understandable, Turner’s decision to leave isolation and enter the field was wrong and put everyone he came in contact with at risk. When MLB Security raised the matter of being on the field with Turner, he emphatically refused to comply."

The commissioner's office has opened an investigation, the statement continued. It also indicated nasal swabs were conducted on the Dodgers traveling party Tuesday night and that both teams were tested Wednesday before traveling.

In a tweet late Tuesday, Turner said he feels "great."

“Thanks to everyone reaching out!" Turner said on Twitter. “I feel great, no symptoms at all. Just experienced every emotion you can possibly imagine. Can’t believe I couldn’t be out there to celebrate with my guys! So proud of this team & unbelievably happy for the City of LA.”

MLB insulated postseason teams in neutral-site bubbles after traveling them across the country during a shortened 60-game season. Turner was the first player since the playoffs began to be flagged for the coronavirus.

MLB received Turner’s Monday sample from the Sports Medicine Research and Testing Laboratory in Utah in the bottom of the second inning, when lab president Dr. Daniel Eichner called deputy commissioner Dan Halem, who was in New York, a person familiar with the call said, speaking to The Associated Press on condition of anonymity because details were not released.

Eichner told Halem the result was inconclusive. MLB receives many inconclusive results, so Halem told Eichner to run Tuesday’s pregame sample from Turner. That result came back positive in the sixth inning, the person said. 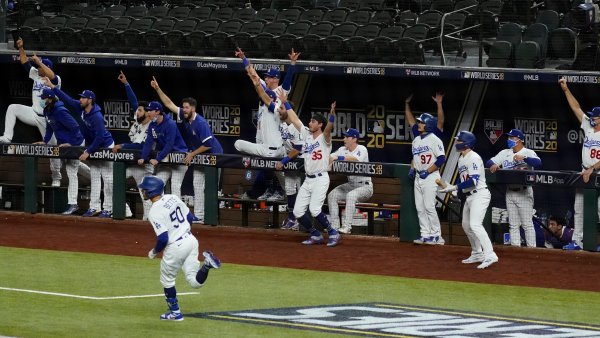 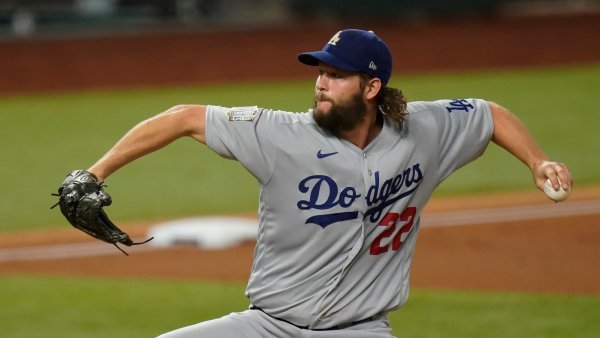 “It was obviously a really unfortunate endpoint of this incredible series and definitely affected some of the joy of winning just because of what JT has meant to us,” Friedman said.

When asked about what happened after the game, Friedman said Turner wanted to take a picture with the trophy. Friedman stated several times that those around Turner had previously been in close contact and said the team would take another round of tests before determining when to leave Texas.

The 35-year-old Turner has been a staple in the Dodgers’ lineup for seven of their eight consecutive NL West titles. A late-blooming slugger who helped reshape the game by succeeding with an upper-cut swing, Turner is LA’s career leader with 12 postseason home runs, including a pair in this Series, in which he hit .364 and also played stellar defense.

“It's gut-wrenching,” World Series MVP Corey Seager said. “If I could switch places with him right now, I would. That's just not right.”