No offseason for Yankees manager

It may take the Jets a little longer than most to indentify a problem with their team, but you have to give them credit for going full bore in trying to fix it once the light goes on. Mark Sanchez threw 16 interceptions in his first 10 games before it dawned on anyone to let him know that you don't need to try to hit a home run on every single play from scrimmage.

That led to a playbook color coded by levels of risk -- thank you President Bush! -- and a fairly efficient performance by Sanchez in Sunday's win against the Panthers. During that game, Sanchez ran several times when he used to blindly fling the ball down the field and hurt his knee on one scramble. When he didn't get hurt, he usually finished the runs with forward dives resembling nothing so much as a toddler losing his footing in the first wobbly days of walking. That's been the case all season, but once again the Jets were a little slow to realize how problematic that could be to his future health.

Upon realizing this, though, another light bulb went off. If Sanchez needs to slide, who better to teach him than Joe Girardi? That's how the Yankee manager ended up at Jets practice on Tuesday, giving the kind of lesson that he probably doesn't need to have to give all that often in his day job since he's not managing 11-year-olds. Girardi also gave a pep talk to the team, a talk that was presumably light on mentions of how much it helps to have the football equivalents of CC Sabathia, Mariano Rivera and Alex Rodriguez if you want to win a championship.

These latest developments in the twisty, turny first year of the Sanchize are pretty telling about how badly the Jets wanted him to be their starting quarterback. These kinds of rudimentary fundamentals would seem to be the very least of what you'd want from a signal caller before you'd let him lead your team into battle, but the Jets threw caution and safety nets to the wind. That's fine, every young quarterback will take his lumps, but they didn't do a very good job of managing those expectations. 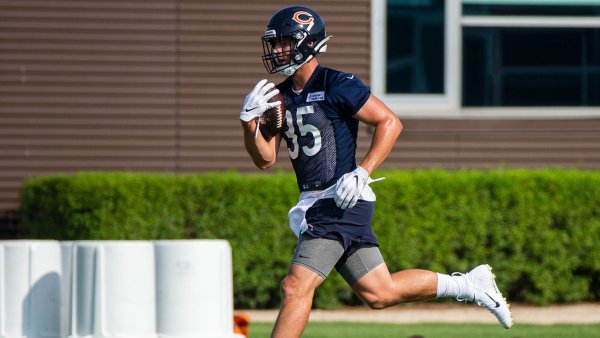 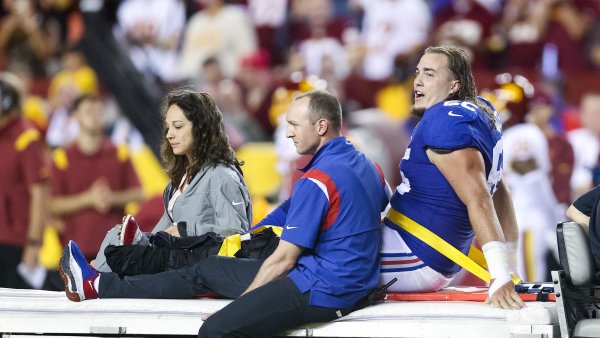 Giants' Gates Carted Off With Broken Leg Against Washington

One wonders if Girardi gave the team any advice on that front. His first year as Yankee manager was sunk in April when Phil Hughes and Ian Kennedy flopped in the rotation after the front office handed them jobs without thinking twice. Again, no problem with that except for the fact that no one told Hughes and Kennedy that their growing pains would be treated as something outside the natural order of sports. That was bad for Girardi, the pitchers and the Yankees and it's something the Jets would have been wise to avoid with Sanchez.

Too late for that now, although we'll really be concerned if they call in John Sterling to teach him how to call the snap count. Every play will end in a gruesome sack before Sanchez even has hike out of his mouth.