Thousands May Have Student Debt That Should Be Erased, Feds Say

Record-keeping failures by the federal government may have left thousands of Americans saddled with student debt that should have been automatically canceled through a benefit for low-income borrowers, according to a new federal study.

In a scathing report released on Wednesday, the Government Accountability Office faulted the Education Department for sloppy oversight of its income-driven repayment program — a collection of plans that offer reduced monthly payments and carry a promise to erase all remaining debt after 20 or 25 years of payments.

The study, requested by Congress, identified 7,700 federal student loans that appear to meet the conditions for loan forgiveness but had yet to be canceled as of September 2020. The loans were held by 3,000 borrowers and amount to a combined $49 million.

It was released a day after the Education Department announced changes to fix what it called “historical failures” of the program. Those changes are expected to help some borrowers get their loans discharged more quickly.

In a CNBC/Harris Poll survey of older Millennials (ages 33 to 40), 40% still had half their student loan balance or more left to pay. CNBC's Megan Leonhardt explains the survey results and which life decisions millennials had to delay because of the debt.

Investigators said they couldn't verify why the loans hadn't been forgiven — gaps in the Education Department's data made it impossible to know for sure. But they suggested it could be the result of poor record-keeping.

Before 2014, the report said, the department failed to make sure borrowers' monthly payments were being tracked. That in turn has prevented the agency from tracking borrowers' progress toward loan forgiveness, leaving some repaying loans longer than they should have.

So far, only 157 loans have been forgiven through income-driven plans, according to the study.

“The Department of Education has had trouble tracking borrowers’ payments and hasn’t done enough to ensure that all eligible borrowers receive the forgiveness to which they are entitled,” the GAO said. “We found thousands of borrowers still in repayment who could be eligible for forgiveness now.”

The report details a host of other shortcomings in the income-driven repayment program.

Education officials have failed to make the requirements clear to borrowers, including what types of payments count, the report said. When borrowers pause their payments through the forbearance process, for example, that time generally doesn't count toward forgiveness. But that wasn't clearly explained, the GAO found.

It also blamed the agency for failing to tell borrowers that they can request an update on their progress toward loan forgiveness.

Created in 1994, the income-driven repayment program was meant to provide a safety net for people who struggle to repay student loans. The program now offers five repayment options that provide reduced monthly payments based on income and family size. The balance is supposed to be automatically forgiven after 20 or 25 years, depending on the plan.

Among more than $1 trillion in student debt held by the federal government, about half is being repaid through those plans.

The number of loans eligible for forgiveness through the program is expected to balloon in coming years, according to the GAO . By 2030, the office estimates, up to 1.5 million loans held by 600,000 borrowers could meet the conditions for forgiveness.

"We recognize that it is important to get payment counting correct now, as the number of loans that have been in repayment long enough to qualify for loan forgiveness will only grow over time,” wrote Richard Cordray, chief operating officer for Federal Student Aid, the office that oversees student loans.

He added that the program has “long been a source of confusion and frustration for many borrowers."

62% of student loan borrowers who responded to a survey said their debt was negatively impacting their mental health, according to polling firm Momentive. To find out if there's light at the end of the tunnel we talked to student financial planner Mark Kantrowitz on whether that debt might be forgiven, and what President Joe Biden can do about it.

Cordray agreed to a list of changes recommended by the GAO. He said his agency will identify and correct record-keeping errors, and will create a system to let borrowers check their progress toward loan forgiveness online, among other changes.

The department called it a one-time revision “to correct for data problems and past implementation inaccuracies.”

Borrower rights advocates applauded the changes but also called for broader improvements to the program, which has long been criticized for being overly complex. Democrats in Congress have urged the department to replace existing income-driven repayment plans with a single, more generous plan.

Among those calling for an overhaul is Rep. Bobby Scott, D-Va., who leads the House education committee and requested the GAO investigation. In a statement, he said the report “confirms serious problems with the management” of the program.

“I am pleased that the Biden-Harris Administration announced steps to fix the problem,” he said. “I continue to stand ready to work with the Department of Education to improve the Income-Driven Repayment program.”

The latest action is part of the Biden administration's piecemeal attempt to reduce the burden of student debt. The Education Department has taken action to make it easier to get loan forgiveness through other programs, including one for public servants and another for students who are defrauded by their colleges.

This month the administration also suspended student loan payments through August, extending a freeze that has allowed millions of Americans to postpone their payments during the pandemic.

But President Joe Biden also faces mounting pressure to enact sweeping student debt forgiveness for all borrowers, which was one of his campaign promises. Some Democrats have pressed Biden to cancel $50,000 for all student loan borrowers, saying it would jumpstart the economy and address racial inequities.

Biden previously said he supports canceling up to $10,000, but said it should be done by Congress. Last year he asked for a review on the legality of using executive action to erase student debt. No decision has been announced. 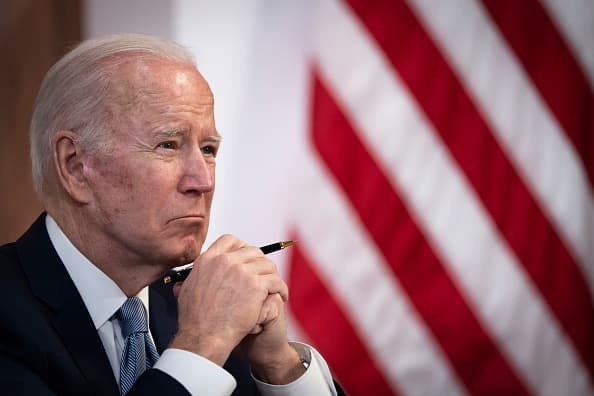 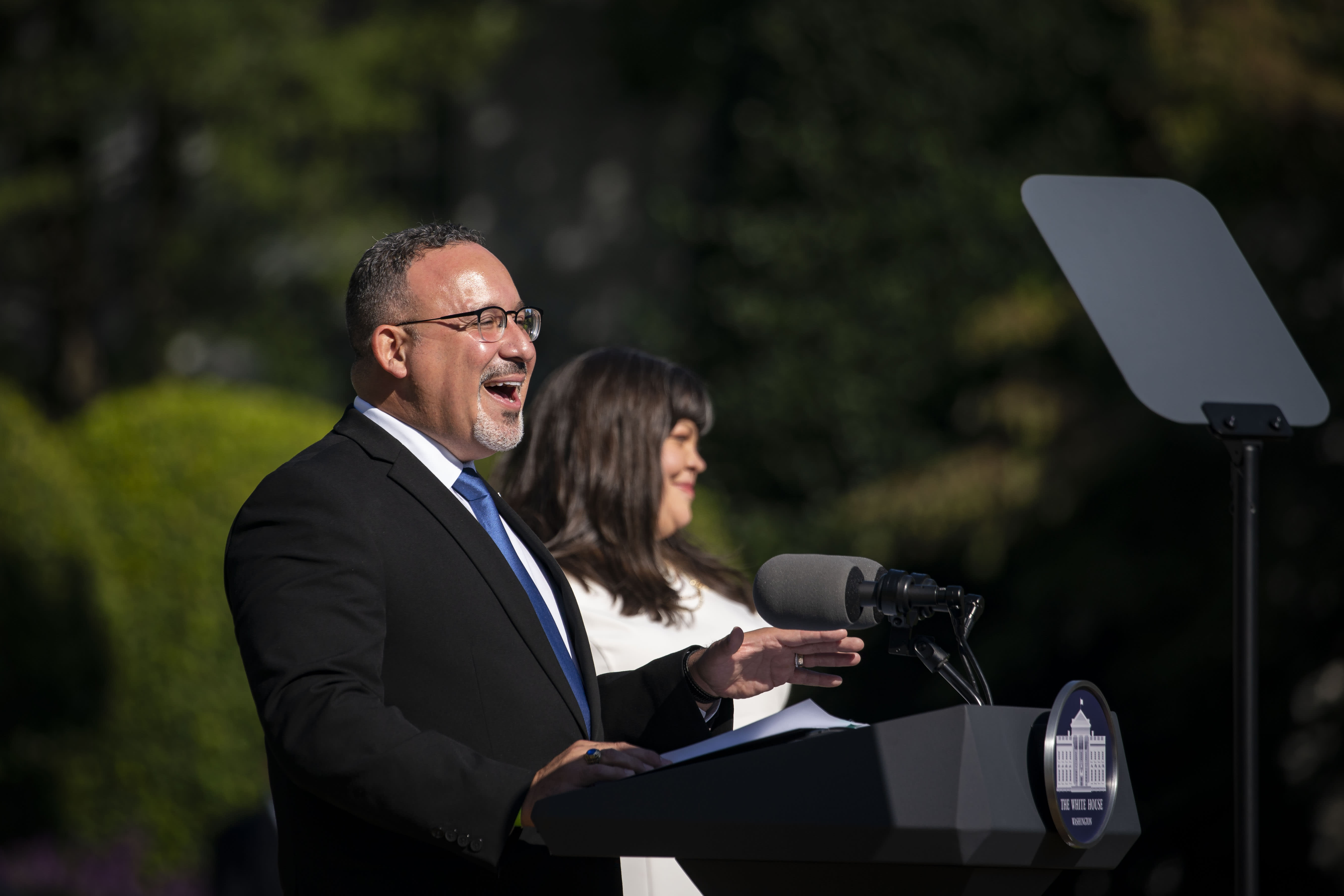