The heads of the impeachment probe don't believe the state constitution grants them the authority to impeach Gov. Andrew Cuomo once he steps down

The months-long impeachment probe into New York Gov. Andrew Cuomo will be suspended before the end of the month, the same day the embattled governor is expected to resign from his post.

The threat of impeachment helped push the governor to resign but New Yorkers were left wondering in the days that followed whether the state Assembly would carry on with impeachment proceedings and try to bar him from future statewide office.

Speaker Carl Heastie said in a statement Friday that the Assembly Judiciary Committee had heard from its lawyers that it can’t impeach and remove an elected official no longer in office. Nevertheless, Heastie said, the evidence the committee had gathered “could likely have resulted in articles of impeachment had he not resigned.”

"After consulting with Chair Lavine and my majority colleagues, the Assembly will suspend its impeachment investigation upon the governor’s resignation taking effect on August 25," Heastie's statement said.

Gov. Andrew Cuomo announced his resignation Tuesday over a barrage of sexual harassment allegations in a fall from grace a year after he was widely hailed nationally for his detailed daily briefings and leadership during some of the darkest days of the COVID-19 pandemic. NBC New York's Ida Siegal reports.

Since March, outside lawyers have been helping the committee conduct a wide-ranging investigation on whether there were grounds to impeach Cuomo, a Democrat. The announcement came on a day the Assembly had initially set as a deadline for Cuomo’s legal team to respond with any additional evidence refuting the allegations against him.

The first woman to publicly accuse Cuomo of misconduct, Lindsey Boylan, called the Assembly leadership’s decision to call off its separate investigation “an unjust cop out.”

“The public deserves to know the extent of the Governor’s misdeeds and possible crimes. His victims deserve justice and to know he will not be able harm others,” she wrote.

Some Judiciary committee members, including Democrats Phil Steck and Kenneth Braunstein, said Friday morning that they wanted the committee to at least release a report of their findings to the public. 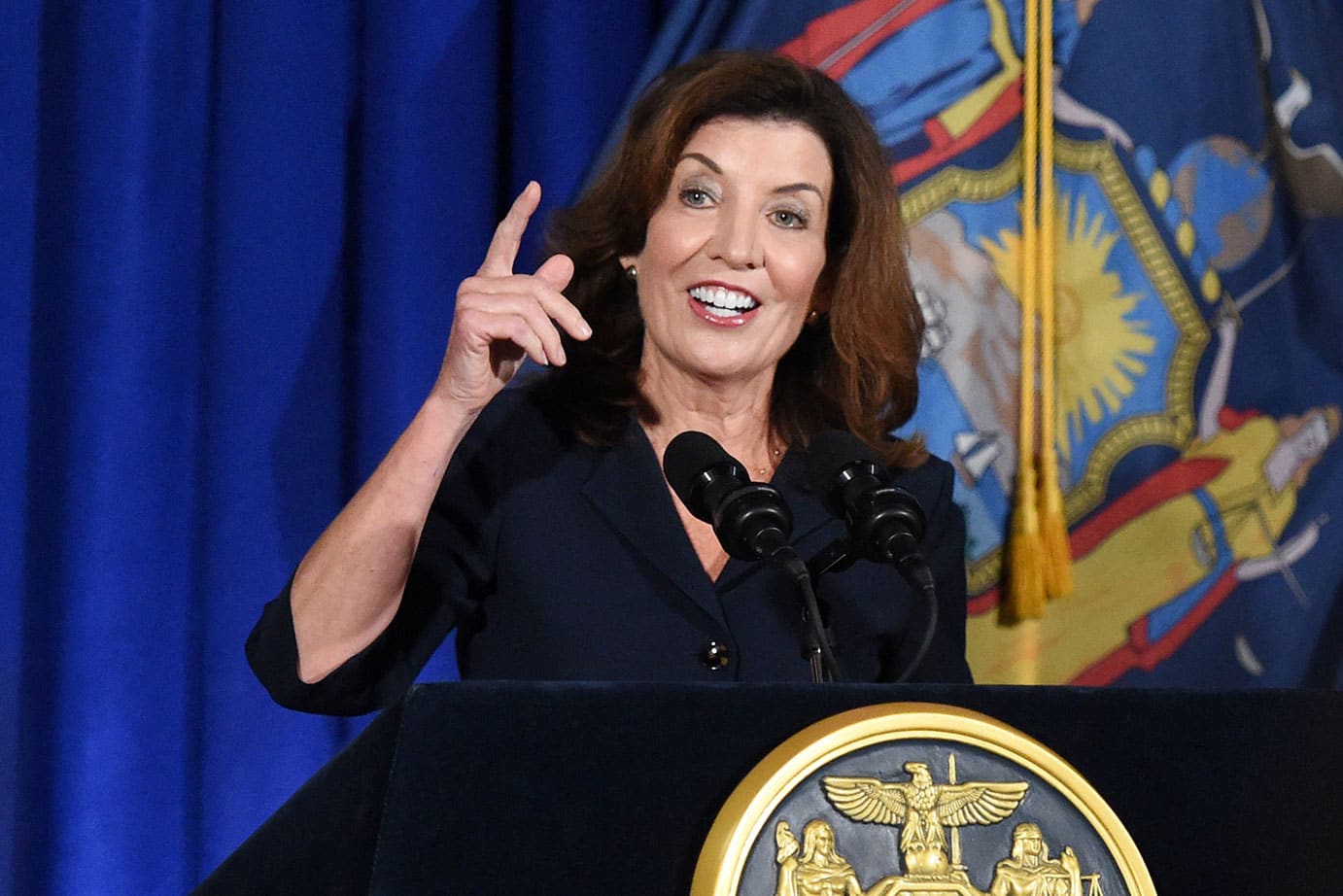 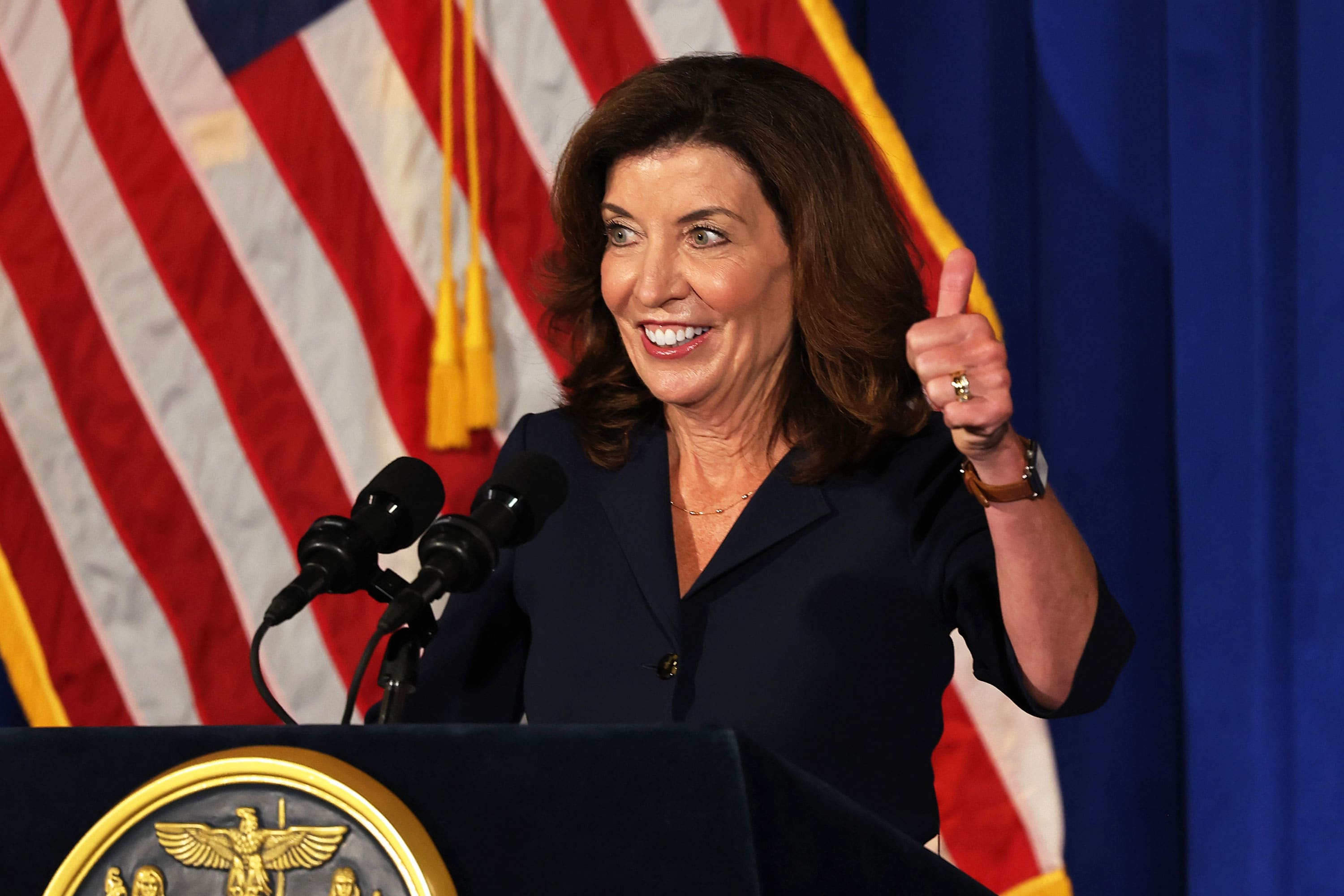 All six Republicans and eight out of 14 Democrats on the committee said the Assembly should release such a report to the public, according to their public statements and interviews with The Associated Press. The remaining Democrats didn’t immediately respond to requests for comment.

Assemblymember David Weprin, a Democrat on the committee, said Friday an impeachment trial would have been a “tremendous waste of government resources.”

Heastie said earlier this week that the Assembly probe has already cost the state “millions,” but didn’t provide AP with an estimate.

Meanwhile, Republicans and several Democrats objected to the end of the Legislature’s probe. Assembly Minority Leader Will Barclay called it “a massive disservice to the goals of transparency and accountability.”

Assemblymember Tom Abinanti, a Westchester Democrat on the committee, said he objected to the decision, calling it “premature.”

“The governor has not even left office,” he said. “The committee should continue to meet and issue a public report to the people on the extensive investigation that the committee and its attorneys have conducted to date.”

Some legal and political experts had said that while people still may be interested in a process that holds Cuomo accountable, it is unclear whether lawmakers have the legal authority to impeach him on his way out the door.

“I’m not sure what the purpose of impeachment is. Impeachment is to remove him from office,” said Bennett Gershman, a law professor at Pace University. “He’s got to be impeached and then convicted by the Senate, and that’s a lot of work, a lot of hours. You'd think that these New York state representatives have better things to do than sit in judgment of a governor who’s already resigned.”

The possibility of a lightning-round effort to impeach Cuomo before he leaves now appears closed. The state Assembly's Judiciary Committee — the first stop for any impeachment matter — had been exploring whether there are grounds to impeach him since March.

The state Legislature — both chambers are controlled by Democrats — would have had to muster the political will to quickly move forward with impeachment hearings, Gershman said, and would only do so as a punitive act to bar Cuomo from again seeking state office and possibly strip him of the perks afforded to elected officials who leave under normal circumstances.