Brock Nelson's timing couldn't have been better as the New York Islanders beat last-place Columbus for the third time this season.

Nelson scored his first career hat trick to take over the team lead in goals with 17, and the Islanders downed the Blue Jackets 5-2 on Tuesday night to head into another home showdown against the rival New York Rangers tied for second place in the Metropolitan Division.

Thomas Greiss made 18 saves for the Islanders, who lost their previous two games.

"Put pucks to the net and good things will happen," the soft-spoken Nelson said after his team's 14th home victory of the season. "It was good to come out and put the pressure on. That is how we need to play."

Nelson snapped a 2-all tie with his 16th of the season at 17:29 of the second period, scoring unassisted against goalie Anton Forsberg with a snap shot from the left side. The 24-year-old forward also scored at the 12-minute mark of the first and added an empty-net goal to seal it.

"He's got one of the best releases and shots I've seen in a long time," Islanders forward Cal Clutterbuck said. "He can shoot it where he wants and he can skate really well. It's a deadly combination."

Ryan Strome opened the scoring with his fourth goal of the season and first since Nov. 30 at 5:03 of the first. Strome, who spent eight games in the minors in December, knocked a loose puck that slid through the pads of Forsberg into the net. Matt Martin and Casey Cizikas assisted. 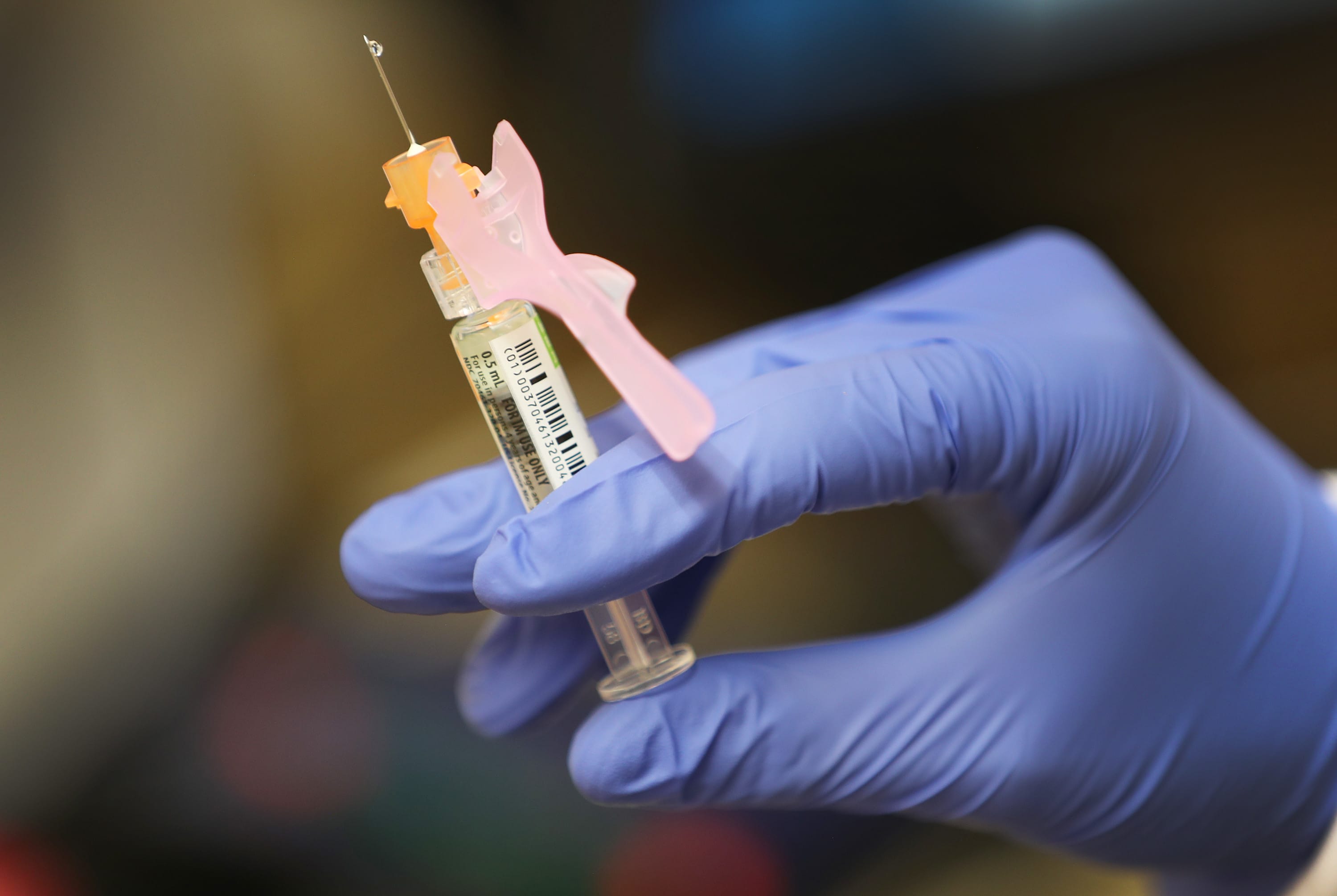 How Polio Came Back to New York for the First Time in Decades, Silently Spread and Left a Patient Paralyzed

Columbus forward William Karlsson tied it at 10:26 of the first with his fourth of the season, depositing a rebound of Jack Johnson's shot past Greiss.

After Nelson's first goal of the game put the Islanders up 2-1, with assists from Thomas Hickey and Josh Bailey, the Blue Jackets tied the score at 13:49 of the second on a slap shot from the right point by defenseman David Savard.

Nelson's go-ahead goal moved him ahead of Islanders captain John Tavares for the team lead. Kyle Okposo leads the club with 31 points.

Islanders defenseman Brian Strait added an insurance goal at 5:34 of the third, his first of the season. Tavares and Nelson had assists.

"We came out flying and put them on their heels," Strome said. "It's always a hard game against Columbus. We have to come out against the Rangers the same way."

The Islanders continued their solid play at home. In their first season at Barclays Center in Brooklyn, they are 14-7-2. The team left Nassau Coliseum on Long Island at the end of last season.

The Islanders, wearing their alternate black jerseys, outshot Columbus 17-5 in the opening period.

"It's unacceptable. It makes me sick," he said. "The work wasn't there consistently. This is a man's league and we played like boys."

The game marked the first Brooklyn appearance for the Blue Jackets, who started the season 0-7, leading to the dismissal of coach Todd Richards. He was replaced by former Rangers coach John Tortorella on Oct. 21.

"We have to find a way to get better," Tortorella said. "We're up to our eyeballs where we are now as a team. It's a tough loss."

The Islanders (23-15-5) moved back into a tie with the Rangers for second place in the Metropolitan Division ahead of their showdown at Barclays on Thursday. Both teams are 16 points behind the first-place Washington Capitals. The Islanders won the first meeting, 2-1 in a shootout on Dec. 2 in Brooklyn.

"We'll enjoy this one tonight. I'm sure everyone will be ready for the Rangers," Clutterbuck said.

The Islanders beat Columbus for the third straight time this season — the first two victories came in Ohio — and improved to 8-3-2 in division games.

The Islanders also improved to 6-0-3 in their last nine home games against the Blue Jackets. The last time Columbus visited the Islanders was the regular-season finale at Nassau Coliseum last April 11. The Blue Jackets rallied and ultimately won in a shootout, costing the Islanders home-ice advantage in the first round of the playoffs. New York lost the ensuing series to the Capitals in seven games.

Forsberg started for Columbus because of injuries to goalies Sergei Bobrovsky and Curtis McElhinney.