For the purposes of the debate in sports, it has mostly to do with transgender girls or women who went through puberty without hormone treatment and continue to have male hormones in their bodie

At least 19 states now either bar or limit participation in sports by transgender athletes, who are at the center of a polarizing, politicized debate, even though only a fraction of them are believed to be among America's 8.5 million high school and college athletes.

Transgender athlete bans are being challenged in court and advocates on both sides are citing or pointing to Title IX, the landmark anti-discrimination law that has protected and helped girls and women since its passage in 1972.

As the 50th anniversary of Title IX approaches, an overview of the debate:

For the purposes of the debate in sports, it has mostly to do with transgender girls or women who went through puberty without hormone treatment and continue to have male hormones in their bodies. This leads to what critics say is a sizable performance gap and unfair competition, even though research on this topic is often in dispute and still taking shape.

Many international sports now require athletes who want to compete in women's classifications but have certain high levels of testosterone to take gender-confirming hormones for a certain amount of time to be eligible. Perhaps the most prominent case involves South African star runner Caster Semenya, who decided against taking the hormones and missed out on the Tokyo Olympics because of it. Semenya is not transgender but has what's known as 46 XY DSD condition.

As for how many transgender athletes are impacted by the state bans, there are no definitive numbers, though Associated Press reporting found the restrictions to be largely a solution in search of a problem.

WHAT ARE STATES DOING?

Most of the 19 states that have put restrictions on transgender athletes tend to vote conservative. Some governors have vetoed bills passed by Republican-controlled legislatures, arguing the laws are unfair to transgender females, will leave states and their school districts vulnerable to lawsuits, and that no problem actually exists. Indiana and Utah are among the states that have overridden their governor's vetoes.

Transgender athletes in states with bans can challenge them in court or sit out. Some of the legislation calls for what can only be described as invasive proof for an athlete to compete; in Ohio, proposed language said “if a participant’s sex is disputed” a doctor would need to sign off on the athlete's “internal and external reproductive anatomy” as well as testosterone levels and overall genetic makeup.

In other states, high school athletic associations allow transgender females to compete in girls sports. That has led to a court fight in Connecticut, where a group of cisgender high school athletes said allowing transgender athletes to compete deprived them of track titles and scholarship opportunities. Their attorney, Christiana Holcomb, said the rule “is completely at odds with Title IX” and "reverses nearly 50 years of advances for women.”

The flip side? A lawsuit filed in Florida argues that the state’s ban on transgender athletes participating in girls sports violates Title IX.

WHAT IS THE NCAA'S STANCE ON ALL THIS?

Earlier this year, the NCAA said it would set aside its old policy — which was consistent across all sports in requiring transgender athletes to undergo hormone therapy — and adhere to the rules set by each sport's national governing body.

The NCAA then decided not to adopt USA Swimming's rules, which made it possible for transgender swimmer Lia Thomas of Penn to compete at the national championships in March, where she won the 500-yard title.

Approaching its 50th anniversary, here’s everything you need to know about Title IX and its lasting impact on women’s sports.

CAN TITLE IX SOLVE THIS PROBLEM?

Title IX was written long before the debate about transgender athletes became such a political football, even before transgender tennis player Renee Richards sued to play and certainly before Olympic champion Caitlyn Jenner transitioned.

The law's landmark clause — “No person shall, on the basis of sex” — is subject to different interpretation than it was in 1972. In 2022, the question essentially boils down to whether it includes gender identity. Under President Joe Biden, the Education Department made clear that it does.

A year ago, the agency issued a statement that said “addressing discrimination based on sexual orientation and gender identity” is within its responsibility “to enforce Title IX’s prohibition on sex discrimination.” Whether something more substantial is on the way was unclear.

In an analysis, The National Law Review said it is "clear that congressional action may be required to provide a firmer foundation for these protections.”

Don't hold your breath: The single piece of federal legislation that attempts to bring clarity to the issue was sponsored by a Republican and has not gone anywhere in Congress. Democrats have largely supported the Equality Act, which would enshrine many rights for the LGBTQ community but would not impact Title IX.

50 Years of Title IX: What Is Title IX and How Has It Transformed Women's Sports? 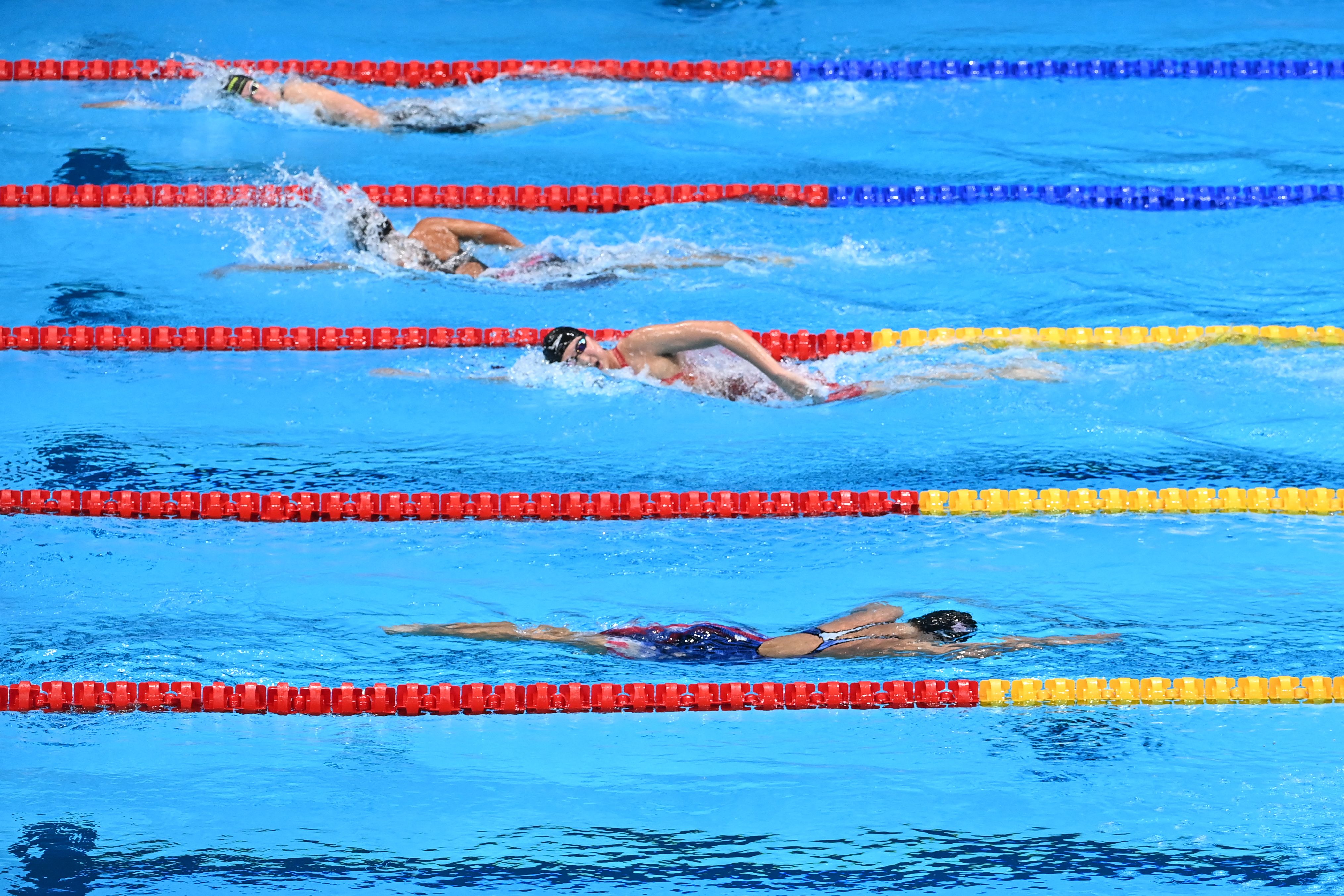