DOC workers had until Nov. 30 to get at least one vaccine dose or face suspension without pay, a deadline that was delayed a month due to existing staffing shortages in the city's jail system, most notoriously at the troubled Rikers Island complex

A coronavirus vaccine mandate for the city's jail workers should be blocked, the union representing the workers said in a lawsuit filed Wednesday that calls for a return to allowing regular virus testing and blasts the city-required 12-hour shifts that were implemented in anticipation of mandate-related staffing shortages.

In the lawsuit, filed in state Supreme Court in Manhattan, the Correction Officers’ Benevolent Association said city officials were “unnecessarily exposing their employees to negative impacts to their health, welfare and safety."

The city had made a Nov. 30 deadline for Department of Correction workers to get at least one vaccine dose or face suspension without pay. That deadline had been delayed a month because of existing staffing shortages in the city's jail system, most notoriously at the troubled Rikers Island complex. 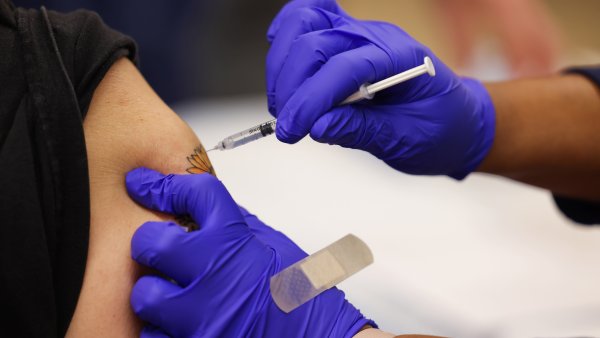 In a statement, the city's law department said, “The city is grateful for every officer who has gotten vaccinated. We’re confident the mandate and the 12 hour shifts will be upheld by the court.”

The latest numbers on how many officers have been suspended was unavailable, but at the time of the deadline last week the city said several hundred could be facing suspension over not getting vaccinated.

In preparation for a staff shortage, the city extended work shifts from eight hours to 12 hours daily, which COBA President Benny Boscio Jr. blasted in a statement announcing the lawsuit.

“This practice is treating us like slave labor and it will only result in officers getting sick or injured by assaultive inmates, who feed on their vulnerabilities," he said.

Other unions, such as the one representing uniformed police officers, have tried to stop the mandates through lawsuits but have not been successful.