Resigning from office probably didn’t end former Gov. Andrew Cuomo’s legal problems, and no matter what happens next, taxpayers are likely to wind up with a hefty bill.

The state has already agreed to pay up to $9.5 million to lawyers representing and investigating Cuomo and his administration over sexual harassment allegations and other matters, according to The Associated Press’ review of available contracts.

That figure — which represents the maximum amount that could be spent, not actual bills submitted so far — includes up to $5 million for lawyers who have represented Cuomo’s office, up to $3.5 million for lawyers hired by the state attorney general to investigate sexual harassment allegations against the Democrat, and at least $1 million in bills for lawyers hired by the legislature as part of an impeachment investigation. It doesn’t include the legal fees of Cuomo’s private attorney, Rita Glavin, whose bills are being paid by his campaign committee.

Cuomo’s successor, Gov. Kathy Hochul, can decide whether the state will continue to pay lawyers to defend the former governor and his administration going forward.

The soon-to-be former governor took a defiant tone in his farewell address, attributing his stepping down not to mistakes that he may have made, but rather to politics and a feeding frenzy. NBC New York's Melissa Russo reports.

Cuomo, a Democrat, and his administration face the possibility of civil lawsuits from women who have accused him of sexual harassment. The Albany sheriff is investigating a groping allegation. The state attorney general is looking into Cuomo’s use of state employees to help with a book he wrote. Federal prosecutors are investigating his administration’s handling of nursing home death data. He’s also facing a state ethics commission inquiry.

“We will be reviewing all legal contracts and making appropriate decisions on the need for legal representation and whether to continue any contracts,” Hochul's spokesperson, Haley Viccaro, said.

Cuomo resigned from office following an investigation overseen by Attorney General Letitia James that concluded he sexually harassed 11 women. Cuomo — who denies touching anyone inappropriately or intending to make suggestive comments — accused the women of exaggerating or misinterpreting his behavior.

At least one woman, Lindsey Boylan, has said she intends to sue the ex-governor “and his co-conspirators” over their conduct. The investigation found Cuomo aides retaliated against Boylan. The former senior aide testified Cuomo touched her waist, legs and back, made inappropriate comments calling her attractive, suggested they play strip poker on a plane, and once gave her an unwanted kiss on the lips. 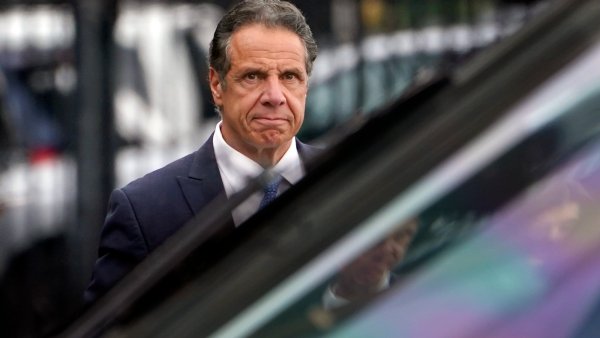 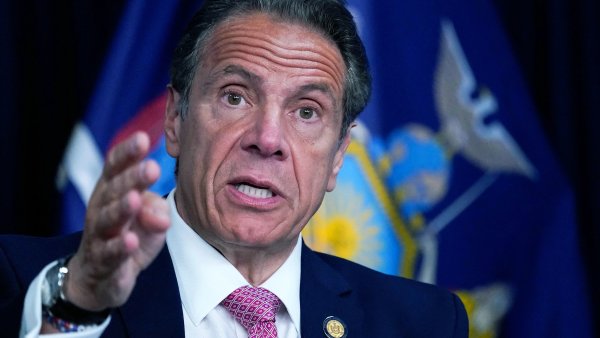 An attorney for another accuser, Charlotte Bennett, who said Cuomo asked questions about her personal life that led her to believe he was pursuing a sexual relationship with her, suggested the state has an obligation to compensate the women in order to avoid “costly and lengthy” litigation.

“I believe if there is going to be any kind of appropriate conclusion to this, it has to be to make the victims of his misconduct whole,” Debra Katz, attorney for former Cuomo aide Charlotte Bennett, said.

If Cuomo or the state is sued over his alleged conduct, the public could wind up covering legal fees and any settlement — normally, individuals sued over their conduct as state employees are defended on the state’s dime.

Cuomo, however, could also face individual liability if a court concludes he did something wrong.

As governor, he signed a law that obligates state employees who commit sexual harassment on the job to reimburse the state for any judgements paid out because of their wrongdoing.

The attorney general's office may play a role in deciding whether to cover Cuomo's legal fees, said Andrew Celli, who was a former civil rights bureau chief in the office under then-Attorney General Eliot Spitzer.

“Whatever he does in his next life, he needs to be able to pay those lawyers and direct them and it’s going to be expensive and time-consuming,” Celli said.

Cuomo could also potentially dip into his $18 million campaign war chest to pay legal costs, including a judgment.

“If a private person sues him and it relates to his public office or his previous campaigns, then he can use campaign funds to pay lawyers,” veteran elections lawyer Jerry Goldfeder, former Special Counsel for Public Integrity to then-Attorney General Cuomo, said.

If Cuomo winds up facing criminal charges over a groping allegation made by a former aide, he would likely have to pay for his own defense lawyer. But under state law, he could seek reimbursement from the state if he were to be acquitted on the grounds that the allegations had to do with his job.

That's what happened after former state Senate Majority Leader Joseph Bruno's acquittal in a fraud trial. The state reimbursed Bruno for $2.4 million in legal fees that were originally paid for by his campaign.