E. Jean Carroll wrote a book accusing Trump of rape in the 1990s, he called her a liar and she then sued him for defamation

A federal judge rejected the Justice Department's attempt to substitute the United States for President Trump personally as the defendant in a high-profile defamation lawsuit tied to rape accusations against him.

Writer E. Jean Carroll, in a 2019 book, accused President Trump of raping her in the 1990s. Trump in turn called her a liar, and she sued him personally in state court for defamation.

The Justice Department had the suit shifted to federal court, and then moved to have the United States replace Trump as defendant altogether, arguing that she was effectively suing a U.S. government employee for actions performed in the course of his job.

"The President of the United States is not an 'employee of the Government' within the meaning of the relevant statutes. Even if he were such an 'employee,' President Trump's allegedly defamatory statements concerning Ms. Carroll would not have been within the scope of his employment. Accordingly, the motion to substitute the United States in place of President Trump ... is denied," he wrote. 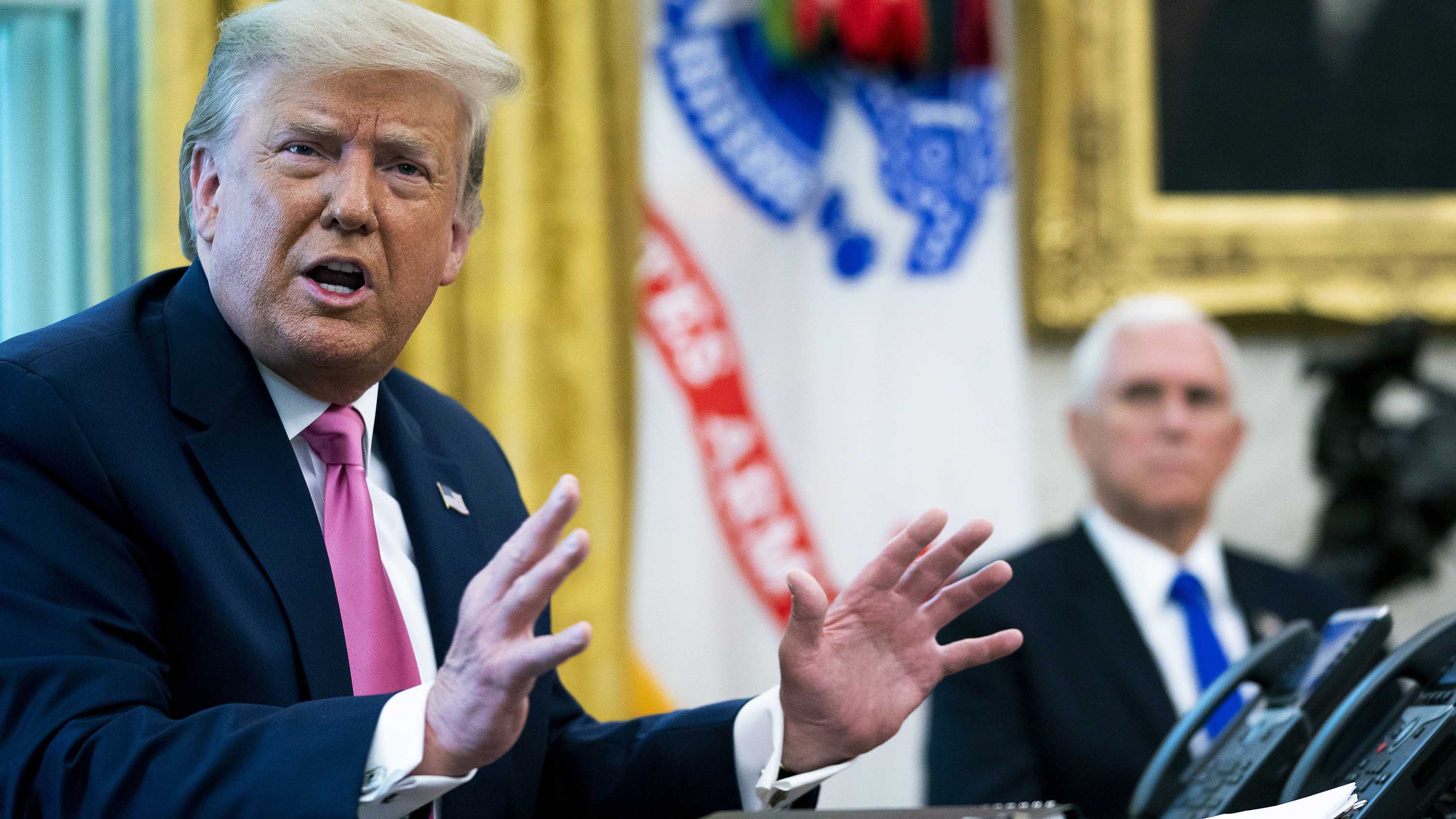 Last week, what was supposed to be a hearing over the government's motion turned into chaos, after the DOJ lawyer who came from Virginia to argue the case could not enter the courthouse due to COVID-19 restrictions.

Judge Kaplan offered to let the government argue by phone, but they opted to rest instead on their previous filings.

Carroll’s lawyers had already argued in their papers that Trump cannot claim he was acting in an official capacity when he made statements denying the encounter with Carroll in a luxury department store dressing room in midtown Manhattan.

Justice Department attorneys have said Trump had to respond in June 2019 to accusations Carroll made against him because the claims related to his fitness for office.

A federal judge rejected the Justice Department's attempt to substitute the United States for President Trump personally as the defendant in a high-profile defamation lawsuit tied to rape accusations against him. Writer E. Jean Carroll, in a 2019 book, accused President Trump of raping her in the 1990s. Trump in turn called her a liar, and she sued him personally in state court for defamation.

Carroll sued last year, saying defamatory attacks by Trump include assertions that Carroll had falsely accused other men of rape, that she lied about him to advance a secret political conspiracy and sell books and that he had never met her — even though they’d been photographed together. Her lawyers noted Trump also had said: “She’s not my type.”

Carroll was a 52-year-old media figure hosting an advice show when she says the encounter with Trump occurred sometime between the fall of 1995 and spring of 1996.

They recognized one another from each other’s media exposure and Carroll was struck “by his boyish good looks,” according to her lawsuit.

When Trump asked for her help to get a gift for “a girl,” Carroll “was surprised but thrilled that Trump would want her advice” and the search eventually led to the store’s lingerie section, the lawsuit said.

The lawsuit said they ended up together in a dressing room after teasing each other to try on a see-through lilac gray bodysuit. Once there, Trump closed the door, pushed her against a wall, bumped her head twice against a wall and pulled down her tights before raping her, the lawsuit said.

Seth Meyers has some strong words for President Donald Trump, who claimed he didn’t assault E. Jean Carroll because she’s not his type.

Carroll said in a lawsuit originally filed in Manhattan state court that she remained silent during the 2016 presidential campaign in part because her mother, a respected Republican official in Indiana, was dying at the time and she didn’t want to add to her pain.

She said the emergence of the #MeToo movement in late 2017 prompted her to go public with her own story as she advised other women in her advice column to be brave and to seek justice when they asked her how to respond to sexual assault and abuse.