The woman accused of barreling into a group of protesters in Manhattan faces a charge of reckless endangerment, officials told News 4

The driver accused of barreling into a group of protesters at a Manhattan intersection Friday afternoon has been taken into custody and charged with reckless endangerment, police tell News 4.

The incident occurred just after 4 p.m. at the corner of East 39th Street and Third Avenue in Murray Hill, according to police. There were about 40-50 protesters in the area at the time, police said, and six people were struck, a police source told NBC New York. None of the injuries were considered life-threatening.

A protester marching with the group said the event, which started in Times Square, was done in solidarity with ICE detainees who are in the midst of month-long hunger strike at the Bergen County Jail in New Jersey.

According to two law enforcement sources, protesters surrounded the driver's car, while tapping and pounding on it. Panicked, the woman apparently drove forward to get away, striking the protesters in the process, police said.

An NYPD spokesperson said officers were alongside the protesters in the street, ensuring no cars turned onto East 39th Street. However, the car the woman was driving was parked halfway down the closed-off block, which ultimately led to the confrontation.

In video surveillance provided by Premium Barbershop, the black sedan is seen speeding down the street, striking several people walking in the street and sending several of them flying into the air. 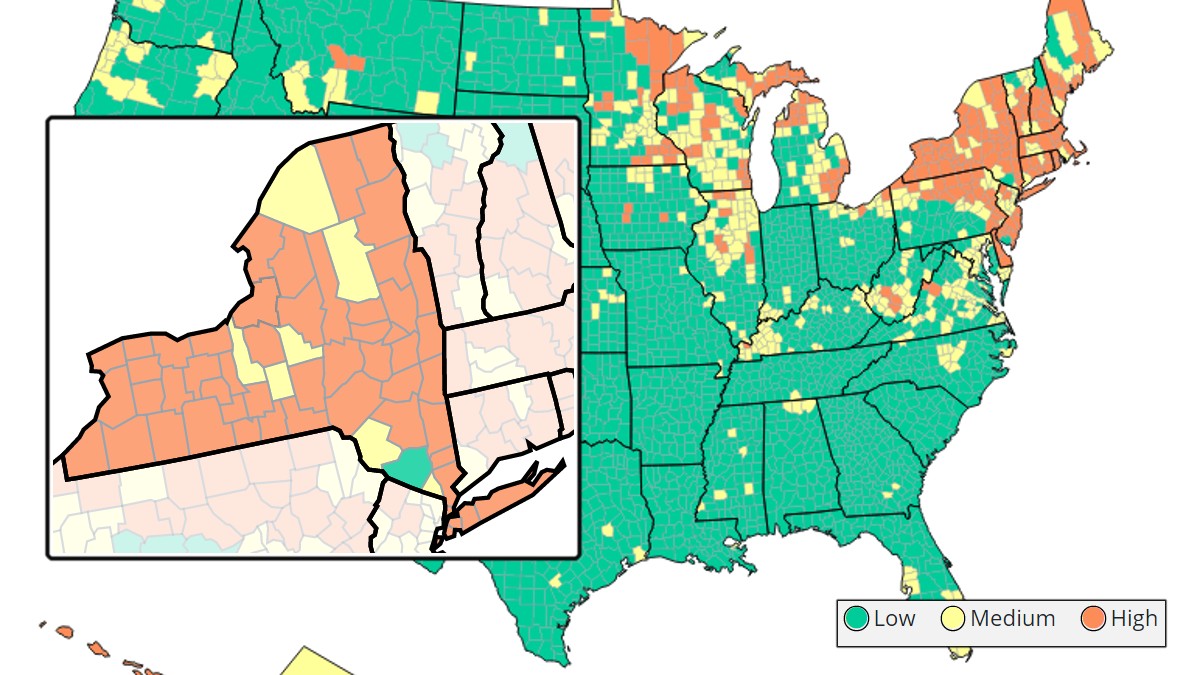 "I hear people screaming in the front, I look behind me the woman is plowing through. I run out of the way; I see bodies flying. I dodged a bike that came flying for my face," one protester told News 4.

The driver and passenger, both females, remained at the scene and were being questioned by police at the scene. Police eventually took the 52-year-old driver into custody; she faces charges of reckless endangerment.

A car barreled into a group of protesters at a Manhattan intersection Friday afternoon, police said, and officers were questioning the driver. NBC New York's Adam Harding reports.

On Twitter, the NYPD urged people to avoid the area "due to a vehicle collision involving multiple pedestrians."

One protester was arrested at the scene for obstructing a police investigation, law enforcement sources said.