Pfizer’s coronavirus vaccine could be distributed to Americans before the end of the year if found to be safe and effective, CEO Albert Bourla said Sunday.

The drugmaker should have key data from its late-stage trial for the Food and Drug Administration by the end of October, Bourla said during an interview on CBS’ "Face the Nation." If the FDA approves the vaccine, the company is prepared to distribute "hundreds of thousands of doses," he said.

Because of the pandemic, U.S. health officials and drugmakers have been accelerating the development of vaccine candidates by investing in multiple stages of research even though doing so could be for naught if the vaccine ends up not being effective or safe. 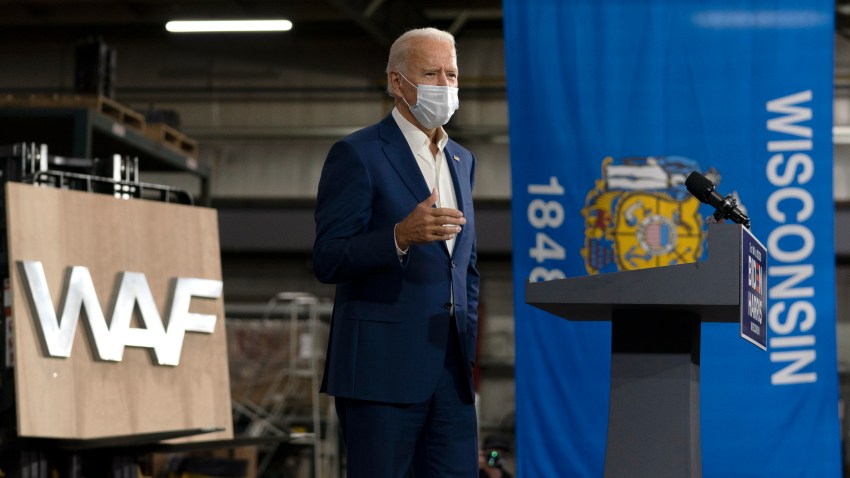 The U.S. pharmaceutical giant has been working alongside German drugmaker BioNTech. In July, the U.S. government announced it would pay the companies $1.95 billion to produce and deliver 100 million doses of their vaccine if it proves safe and effective. The deal was signed as part of Operation Warp Speed, the Trump administration’s effort to accelerate development and production of vaccines and treatments to fight the coronavirus.

Bourla said Sunday that the company has already invested $1.5 billion for the development of the potential vaccine. He said if the vaccine failed to work it would be financially “painful” for the company.

"At the end of the day, it’s only money. But that will not break the company, although it’s going to be painful," he said.

Pfizer is one of three companies currently in late-stage testing for a vaccine. The other two are Moderna and AstraZeneca, which announced Saturday it would resume its trial after temporarily pausing it for safety reasons.

On Saturday, Pfizer submitted a proposal to the FDA to expand the late-stage trial to include up to 44,000 participants, a significant increase from its previous target of 30,000.

The developments come as infectious disease experts and scientists in recent weeks have said they have concerns that President Donald Trump is pressuring the FDA to approve a vaccine before it’s been adequately tested. FDA Commissioner Stephen Hahn, insisting he wasn’t being pressured by Trump to fast-track a vaccine, told The Financial Times last month the agency is prepared to bypass the full federal approval process in order to make a COVID-19 vaccine available as soon as possible.

On Sept. 8, nine drug companies, including Pfizer, released a letter pledging that they would prioritize safety and uphold "the integrity of the scientific process" in their efforts to develop coronavirus vaccines.

Even if a vaccine is approved to be distributed before the end of the year, it will likely be in short supply. The vaccine will likely require two doses at varying intervals, and states still face logistical challenges such as setting up distribution sites and acquiring enough needles, syringes and bottles needed for immunizations.

Earlier this month, the National Academies of Sciences, Engineering, and Medicine released a draft proposal for distributing a vaccine in the U.S. if and when one is approved for public use. The report was requested by the National Institutes of Health and the Centers for Disease Control and Prevention.

The vaccine would be distributed in four phases, with health-care workers, the elderly and people with underlying health conditions getting vaccinated first, according to the group. Essential workers, teachers and people in homeless shelters as well as people in prisons would be next on the list, followed by children and young adults.