What to Watch Today: Dow Set to Jump as Optimism Builds for a Debt Ceiling Deal

Soros Fund Management, founded by billionaire investor and philanthropist George Soros, has revealed it owns the cryptocurrency bitcoin. The family office owns "some coins … but not a lot," Dawn Fitzpatrick, CEO and chief investment officer of Soros Fund Management, said at a Bloomberg event. While lower Thursday, bitcoin has staged a comeback in recent days, trading above $54,000. (CNBC)

McConnell late Wednesday said his debt ceiling offer would give Democrats time to use their majorities on Capitol Hill to craft a bill to raise the borrowing limit on their own without Republican votes. The deadline to take action on the debt limit and avoid a U.S. credit default is Oct. 18. If Democrats accept McConnell's offer, lawmakers will again face pressing deadlines to fund the government and raise the debt limit before heading home for the holidays. (CNBC)

President Joe Biden on Thursday is set to visit Chicago to meet with United Airlines' CEO and local Democratic leaders as he touts his decision to impose Covid vaccine mandates on employees of large firms. Biden last month ordered all federal workers and contractors to be vaccinated, with few exceptions. For private employers with 100 or more workers, he proposed requiring employees to be vaccinated or tested weekly. (CNBC) 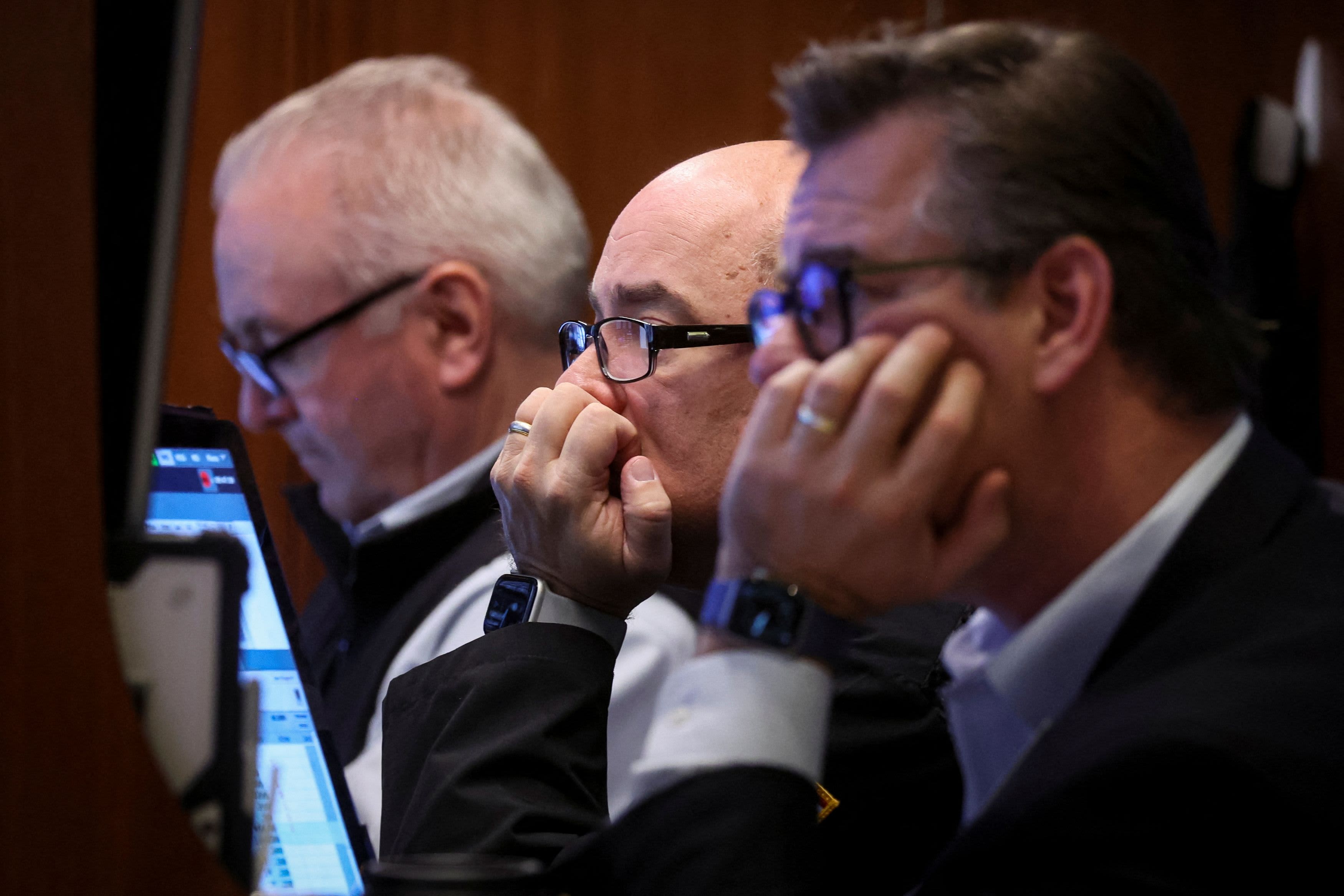 Amid Inflation and Market Volatility, Just 12% of Adults — and 29% of Millionaires — Feel ‘Wealthy'

The World Health Organization has published a definition of long Covid for the first time. "Post COVID-19 condition occurs in individuals with a history of probable or confirmed SARS-CoV-2 infection, usually 3 months from the onset of COVID-19 with symptoms that last for at least 2 months and cannot be explained by an alternative diagnosis," the WHO said. (CNBC)

* CDC director warns the U.S. is at risk of a severe flu season this year (CNBC)

A federal judge has temporarily blocked a near-total ban on abortion in Texas, the toughest such law in the United States, in a challenge brought by the Biden administration after the U.S. Supreme Court had allowed it to go into effect. (CNBC)

Shareholders of Tesla (TSLA) will vote Thursday on proposals aimed at forcing the electric-car maker to be more transparent and accountable in its employee dealings, just days after a jury ordered the company to pay $137 million to a former worker who said he was subjected to racism. (NY Times)

Twitter (TWTR) rose 2.4% in premarket trading after announcing the sale of its mobile ad unit MoPub to app development tools maker AppLovin for $1.05 billion in cash. Twitter had purchased MoPub in 2013 for an estimated $350 million.

Levi Strauss (LEVI) beat estimates by 11 cents with an adjusted quarterly profit of 48 cents per share and the apparel maker's revenue also topped Street forecasts. The company benefited from an easing of pandemic restrictions that prompted people to refresh their wardrobes. The stock jumped 3.9% in the premarket.

Conagra Brands (CAG), The company behind food brands such as Healthy Choice, Hunt's and Hebrew National, earned an adjusted 50 cents per share for its latest quarter, 1 cent above estimates, while revenue also came in ahead of Wall Street forecasts. Conagra also said it expects to deliver on its full-year targets despite inflationary pressures.

Canadian cannabis producer Tilray (TLRY) matched Street forecasts for a quarterly loss of 8 cents per share, while revenue was short of consensus. Revenue did jump 43% from a year earlier, with the company noting that retail cannabis stores in Canada started to reopen in mid-June.

Meredith Corp. (MDP) agreed to be bought by Dotdash – the digital media arm of IAC/Interactivecorp (IAC) – for about $2.7 billion in cash or $42.18 per share. The combined company will be called Dotdash Meredith and will include popular Meredith magazine titles such as People and Better Homes & Gardens. Meredith had agreed earlier this year to sell its TV stations to Gray Television for $2.83 billion. Meredith rallied 6.4% in the premarket.

Costco (COST) added 1.3% in premarket action after it reported a September comparable sales increase of 14.3%, slightly above the prior-month increase of 14.2%.

Emerson Electric (EMR) is in talks to merge its software business with Aspen Technology (AZPN), according to people with knowledge of the matter who spoke to Bloomberg. Aspen shares soared 13% in the premarket.

Healthcare Trust of America (HTA) jumped 3.4% in premarket trading after Bloomberg reported that activist investor Elliott Management is pushing for a strategic review that could result in a sale of the real estate investment trust.

Rocket Labs USA (RKLB) surged 9% in the premarket after the company won a NASA contract to fly an experimental solar sail into space.