The Cyndi Lauper-scored "Kinky Boots" has earned a leading 13 Tony Award nominations, with the British import "Matilda: The Musical" close behind with 12.

"Kinky Boots" is based on the 2005 British movie about a real-life shoe factory that struggles until it finds new life in fetish footwear. Lauper's songs and a story by Harvey Fierstein have made it a crowd-pleaser.

The leading actor in a play nominees are Tom Hanks for "Lucky Guy," Nathan Lane for "The Nance," Tracy Letts from "Who's Afraid of Virginia Woolf?", David Hyde Pierce from "Vanya and Sonia and Masha and Spike" and Tom Sturridge from "Orphans."

"Matilda: The Musical" is a witty musical adaptation of the novel by Roald Dahl and is true to his bleak vision of childhood as a savage battleground.

Both "Kinky Boots" and "Matilda" will compete for the best musical prize with the acrobatic "Bring It On: The Musical" and "A Christmas Story, The Musical," adapted from the beloved holiday movie. 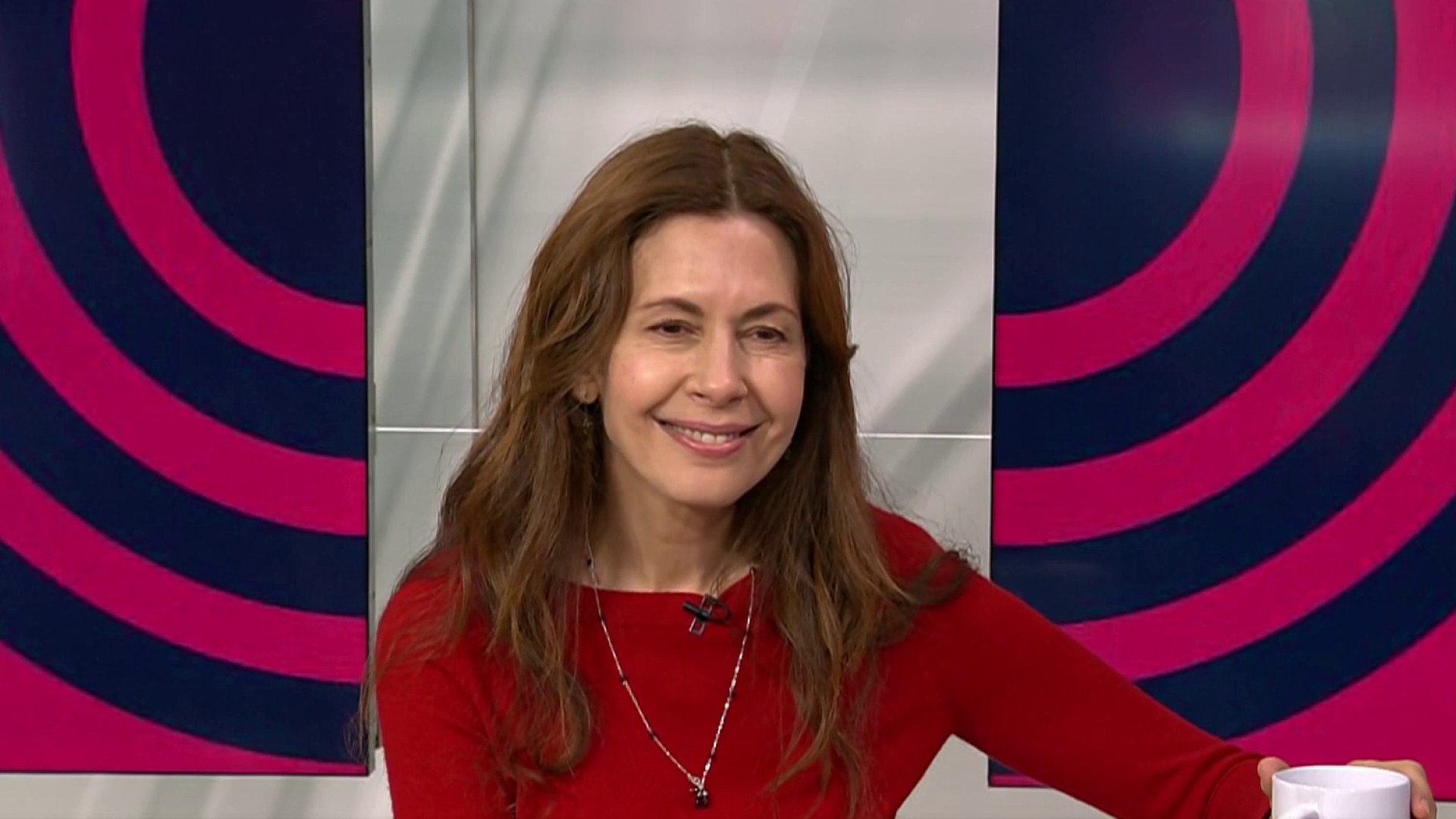 Among the flurry of nominations, "Kinky Boots" also earned Fierstein a nod for best book, David Rockwell got one for sets, Jerry Mitchell for directing and for choreography, and nominations for its two leading men, Billy Porter and Stark Sands. Annaleigh Ashford earned a featured role nomination.

Carvel, who played the same evil headmistress role in London, said he is enjoying his time in New York, although he did admit to being nervous about how Americans would react. "I feel like I've landed on happy shores," he said. "The show is in great shape. People are loving it."

Minchin wasn't going to get crazy following the nomination: "I'm going to have a coffee with my agent today. That's about as crazy as I'm going to get. We're a low-key bunch of people. We all just get on with it," he said.

Some big names snubbed this year were Al Pacino of "Glengarry Glen Ross," Katie Holmes in "Dead Accounts," Bette Midler in "I'll Eat You Last: A Chat With Sue Mengers" and Scarlett Johansson from the revival of "Cat on a Hot Tin Roof."

The best musical revival candidates are "Rodgers + Hammerstein's Cinderella," ''Annie," ''The Mystery of Edwin Drood" and "Pippin," which nabbed 10 nominations.

The best play nominees are Richard Greenberg's "The Assembled Parties," Nora Ephron's "Lucky Guy," Colm Toibin's "The Testament of Mary" and Christopher Durang's "Vanya and Sonia and Masha and Spike."

Playwright Douglas Carter Beane earned a best book nomination for the lush, big musical "Rodgers + Hammerstein's Cinderella," but not for his more intimate play "The Nance," although it earned five nods. A veteran, he rolled with it Tuesday morning.

"You just have to really enjoy it when you get nominated and you have to just not care when you're not," he said. "It's great to show I'm not just this one thing. Just as actors like to show off their versatility, writers like to do it, too."

The nominations were announced Tuesday in a televised event co-hosted by Tony winner Sutton Foster and "Modern Family" star Jesse Tyler Ferguson. The awards will be broadcast on CBS from Radio City Music Hall on June 9.

The Tony committee also said playwright Larry Kramer, author of "The Normal Heart" and co-founder of the Gay Men's Health Crisis, will receive the Isabelle Stevenson Award for a "substantial contribution" on behalf of a charity or social service organization.