Temperatures climb back above freezing after Saturday and skies look to stay dry through the next week, Storm Team 4 says

Thousands remain without power after a storm blew through the tri-state area, bringing with it torrential rainfall and power line-downing wind gusts late Christmas Eve into Christmas Day.

A little more than 9,000 utility customers were still left without power as of Saturday afternoon, according to data compiled by News 4. At the start of Christmas morning, some 200,000 customers had been without power.

The damage was extensive, with everything from trees down on houses to road flooding, particularly in parts of New Jersey where the wind got up to 80 MPH. During the height of the storm, the tri-state experienced tropical storm force winds with hurricane strength gusts, according to Storm Team 4. 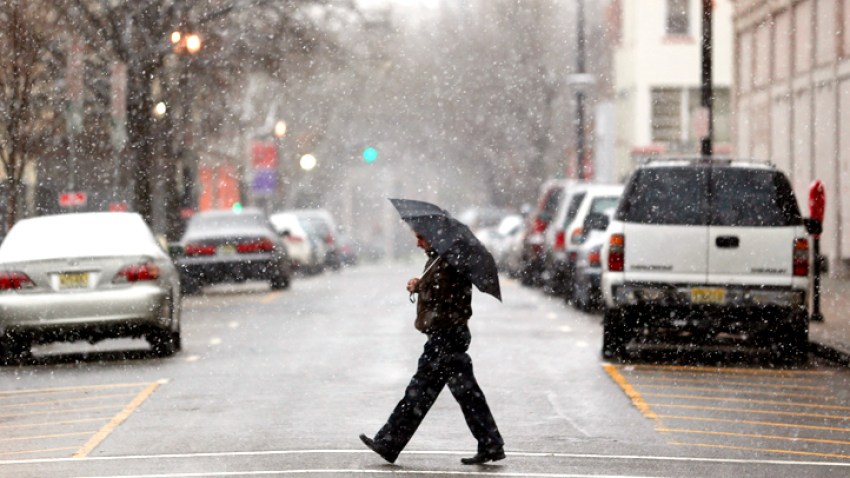 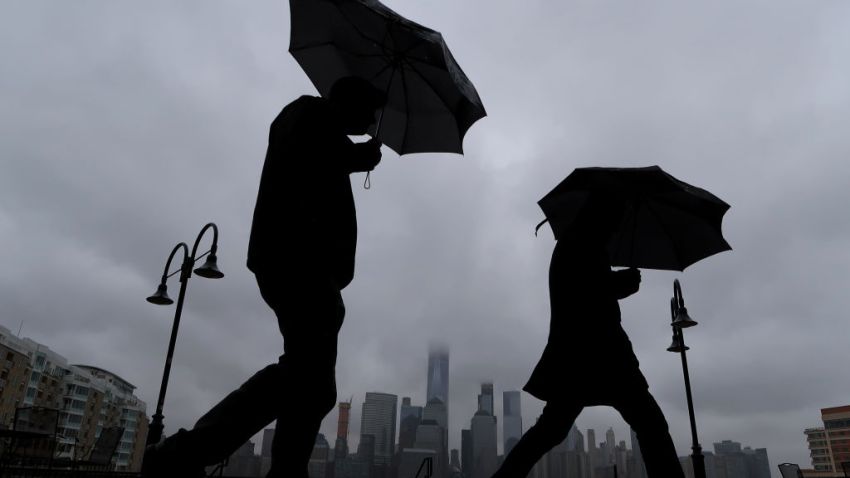 Monmouth County was by far the hardest hit, with 20,000 JCP&L customers out of power early Christmas morning. Outages are also widespread in the Lower Hudson Valley.

High winds broke trees and downed power lines across the tri-state, leaving at least 200,000 customers without power at the start of the Christmas holiday. NBC New York's Brian Thompson reports.

Widespread rain totals of 1 to 3 inches were called for across all areas of the tri-state. The damaging wind threat cleared out by sunrise, though.

The drenching rains (paired with rapidly melting snow from last week's nor'easter) threatened to cause flooding and flash flooding especially in vulnerable areas. Flood warnings were in effect for multiple areas. Check the latest severe weather alerts for your neighborhood here.

Metro-North announced service changes on the Hudson, Harlem and New Haven lines during the late-night and overnight hours in anticipation of high winds, and some light rail service in New Jersey is suspended too. See those below, and click here for real-time transit updates from all your key sources.

Dozens of flight delays and cancellations were reported at local airports as the storm began to intensify late Thursday. Be sure to check with your carrier before any planned travel.

Colonel Patrick J. Callahan with the New Jersey State Police warned Wednesday that "many people could wake up without power" on Christmas morning. PSE&G for New Jersey and Long Island had crews checking equipment ahead of the storm and otherwise preparing for potential outages.

In New York, Gov. Andrew Cuomo urged residents and state agencies be on alert for rough weather, which will take different forms across the state. On Thursday, he directed state agencies to deploy additional flood and storm response assets

"Rain and warm temperatures have already moved into much of the state, and with so much snow still on the ground, there is a very real chance some areas may see flooding on Christmas morning," Cuomo said in a statement. "Everything is being done to prepare for any potential impacts and the state stands ready to support any of our local partners who may need assistance."

Much colder air from the northwest could meet up with some of the moisture at the back end of the cold front, which means some spots mainly north and west of the city could see rain change over to snow before conditions dry out on Christmas. Little to no accumulation is expected, but rapidly falling temperatures combined with wet surfaces could lead to a flash freeze by dinner on Friday.

Temperatures will climb into the mid-50s on Friday, but will plummet through the day, dipping below 40 by the afternoon and into the 20s by Saturday morning.

The sun returns for the weekend, but it'll be bitterly cold, with Storm Team 4 forecasting highs of 33 and 38, respectively, for Saturday and Sunday. The weather bounces back into the high 40s Monday but drops again into the 30s Tuesday and will hang there through the middle of next week.

At this point, there are early indications of another potential heavy rain event New Year's Eve into New Year's Day. Stay with Storm Team 4 for the latest updates.

The anticipated rough weather comes after last week's nor'easter dumped more than a foot of snow in spots. It was the biggest December snowstorm New York City has seen in a decade. See how much snow fell in your neighborhood.