Generally speaking, this winter is expected to mirror last year's temperature-wise, and should be a bit warmer than usual — but a few major storms will still give a couple of snow days

The coming winter should be mostly mild by winter standards in the tri-state, with above-average temperatures -- but don't put away the snow shovels or crush the kids' hopes of a day off school.

That's the message from Storm Team 4, whose 2021-2022 Winter Weather Outlook calls for at least a couple of storms big enough to close schools between early December and late February.

Generally speaking, this winter is expected to mirror last winter, temperature-wise. One reason is La Niña – a far-away phenomenon that dictates weather patterns around the globe – with colder-than-normal water temperatures in the tropical eastern Pacific Ocean. It was present last winter, and it’s with us again.

In the United States, La Niña steers the jet stream into the Northwest, an atmospheric river that brings cold, wet weather to that part of the country.  The same for the Great Lakes and upper Midwest. In the Tri-State and South however, La Niña usually brings warm winter temperatures. and near-normal precipitation.

The trend has been with us for years. In just the last five years, Central Park's average February temperature has been almost 39 degrees -- and three of those Februarys rank among the warmest ever recorded.

But that doesn't shut the door on snow. Last February, a storm dropped almost 17 inches of snow in Central Park, which was almost half of what fell the whole winter. Experts say the warmer temperatures mean storms can be a little "wetter" because warmer air can hold more moisture.

So in sum, Storm Team 4's forecast is this: A winter that's fairly mild like last year, with above-average temperatures, but with a couple of storms big enough to close schools. 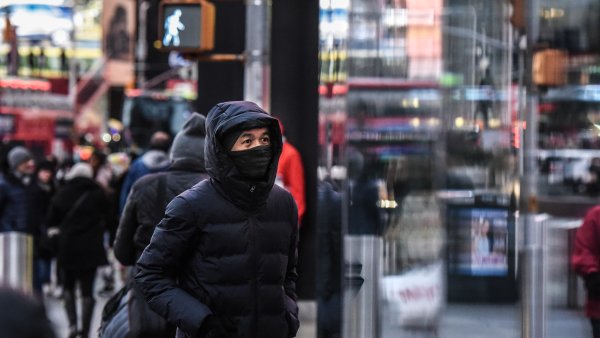