It's too early to make any viable projections at this point; right now, it looks like rain could move in Thursday and change to snow overnight

Less than a day after a powerful nor'easter battered the tri-state area with heavy snow and raging winds, dumping more than a foot of snow in spots and marking the biggest December snowstorm New York City has seen a decade, Storm Team 4 is tracking the potential for yet another winter system.

This one has the chance to make for a white Christmas.

At this point, the forecast calls for rain Christmas Eve with some changeover to snow overnight into Friday, Christmas Day. There are no signs at this point the system could pose a threat near the level the nor'easter did, but it's still early. 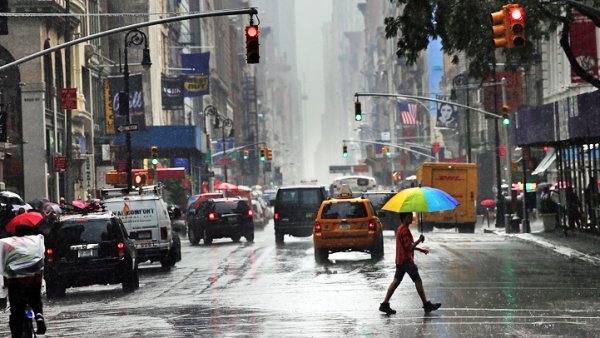 Ahead of that system, it stays bitter cold. High temps for Saturday are forecast below freezing. The mercury climbs a bit Sunday, with some flurries or sprinkles possible, but temps are not expected to reach 40 again until Christmas Eve, when that rain may move in.

In the meantime, cleanup from this week's nor'easter continues. The system besieged the tri-state area Wednesday afternoon and stuck around through Thursday morning, dumping 10 inches of snow on Central Park and more than a foot on other parts of the region. Wind gusts up to 70 mph in spots were blamed for widespread power outages and snow drifting that caused poor visibility.

Hundreds of vehicle crashes were reported across the tri-state area over the course of the storm. See how much snow fell in your neighborhood.