Isolated maximum rainfall totals of 12 inches are possible. That'd be the equivalent of being buried under up to 10 feet of snow

The worst of Henri's winds may have spared the tri-state area, but isolated heavy rain could continue to hit the region throughout Monday.

Henri weakened to a tropical depression Sunday night as it slowly drifted west, stranding drivers in floodwaters in multiple states amid the torrential downpours unleashed during its relentless 36-hour siege. The flooding nightmare isn't quite yet over: another 2-3 inches of rain could fall in some spots as it moves out. As of Monday, shortly before 5:30 p.m., Henri has turned into a post-tropical cyclone and is slowly moving east.

Brooklyn Heights had the most recorded rain (9.90 inches) of anywhere within the five boroughs as of Monday morning. Isolated maximum rainfall totals of 12 inches are possible, according to the National Hurricane Center. That would be the equivalent of 10 feet of snow. See the latest rainfall totals for your county here.

Heavy rain Monday morning should taper off to scattered showers and thunderstorms as Henri exits the area later in the day. Flood warnings, watches and advisories are in effect for a large swath of the tri-state area, while dangerous rip currents remain a threat. See the latest severe weather alerts for your ZIP code here.

The storm has already produced record rainfall of 3 to 6 inches or more over the New York City metro area — including a historic 4.45 inches within two hours in Central Park on Saturday night, as well as the rainiest hour in 150+ years of recorded history, with nearly two inches of rain falling between 10 p.m. and 11 p.m.

Brooklyn had seen nearly 10 inches of rain as of noon Monday, the hardest-hit of the five boroughs in terms of rainfall. Parts of Middlesex County had seen 8 inches by Sunday morning -- and the totals only climbed. They'll keep climbing a bit more.

A team of police, firefighters and emergency response teams in Newark rescued nearly 100 people from dangerous floods. City officials say 86 people, including 16 children, were extricated from submerged vehicles. Also in Newark, 23 people had to be helped out of a building on Taylor Street after firefighters discovered the foundation had partially collapsed because of the storm's constant, torrential rain.

Another 150 or so people were rescued from their cars or homes in Cranbury, many of them from cars that had to be fished out of the water by tow trucks. That town has also seen one of the highest rainfall totals of anywhere in the tri-state.

Photos and Videos Capture Impact of Hurricane Henri Across Tri-State 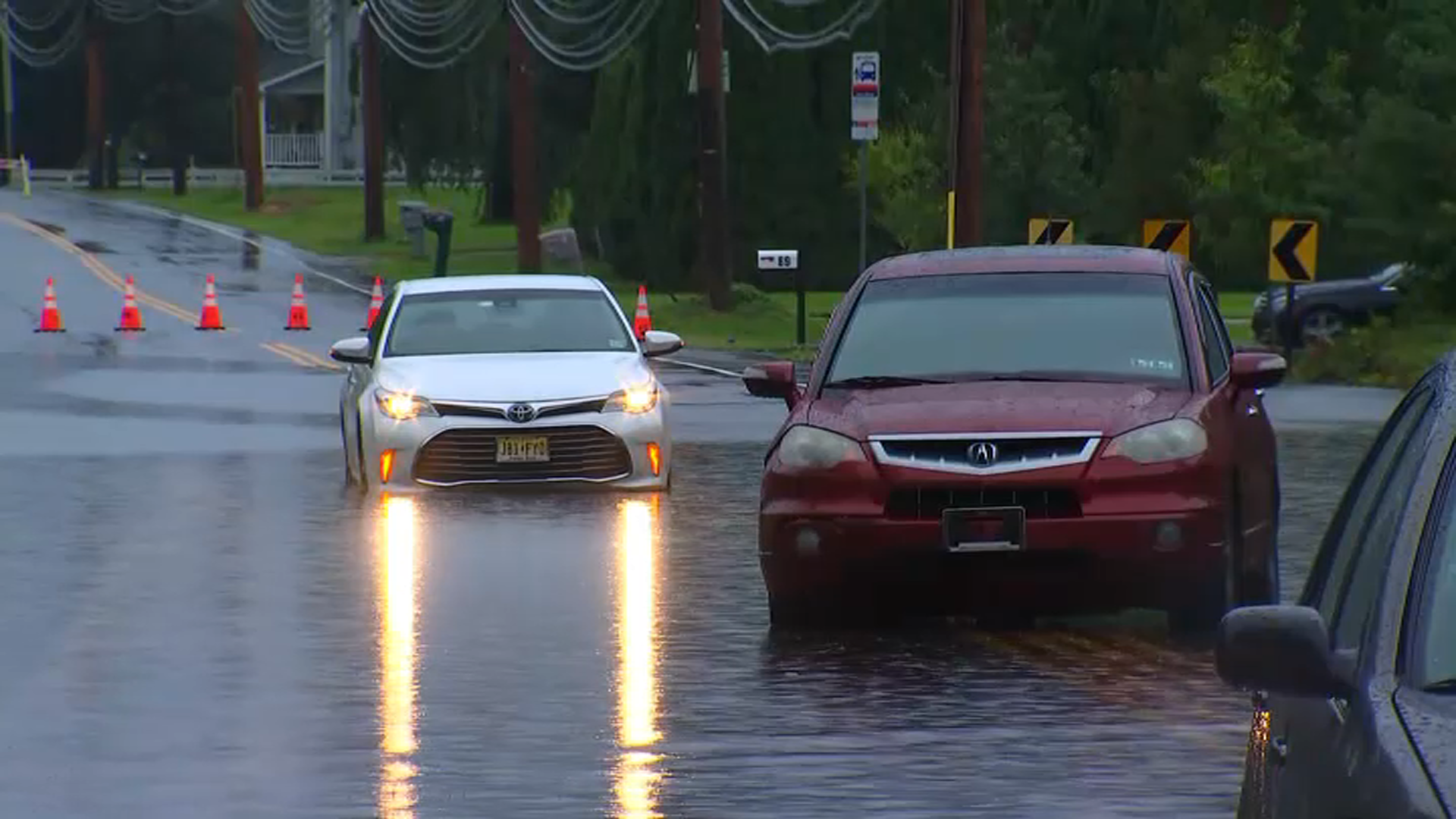 One of the hardest-hit areas was Helmetta, New Jersey, where bands of rain overwhelmed creeks and sewers almost all day Sunday. Flash flooding swamped block after block, with emergency crews evacuated more than 150 people from their homes as rainwater rose around them — reaching just below mailboxes. Floating trashcans and debris had nowhere to go except round and round.

"Several homes have significant damages noted and more will uncover today as the assessment process continues throughout the day," Slaviceck said in an emailed statement. "Our goal is to rectify the situation as promptly and safely as possible with an emphasis on getting our displaced families back to their homes."

States of emergency for Connecticut and two dozen counties in New York, including the city, remain in effect amid the torrential rain and ongoing floods that will make driving treacherous.

Some utility companies in the tri-state warned customers about the possibility they could be without power for up to 14 days due to anticipated outages from high winds, but widespread outages have not been as huge of a factor as once feared. As of 4 p.m. Monday, a little more than 5,000 residences in the tri-state area were still without power, down from the more than 15,200 residences without power as of 10:30 a.m. earlier the same day. Click here for the latest updates on outages by county. 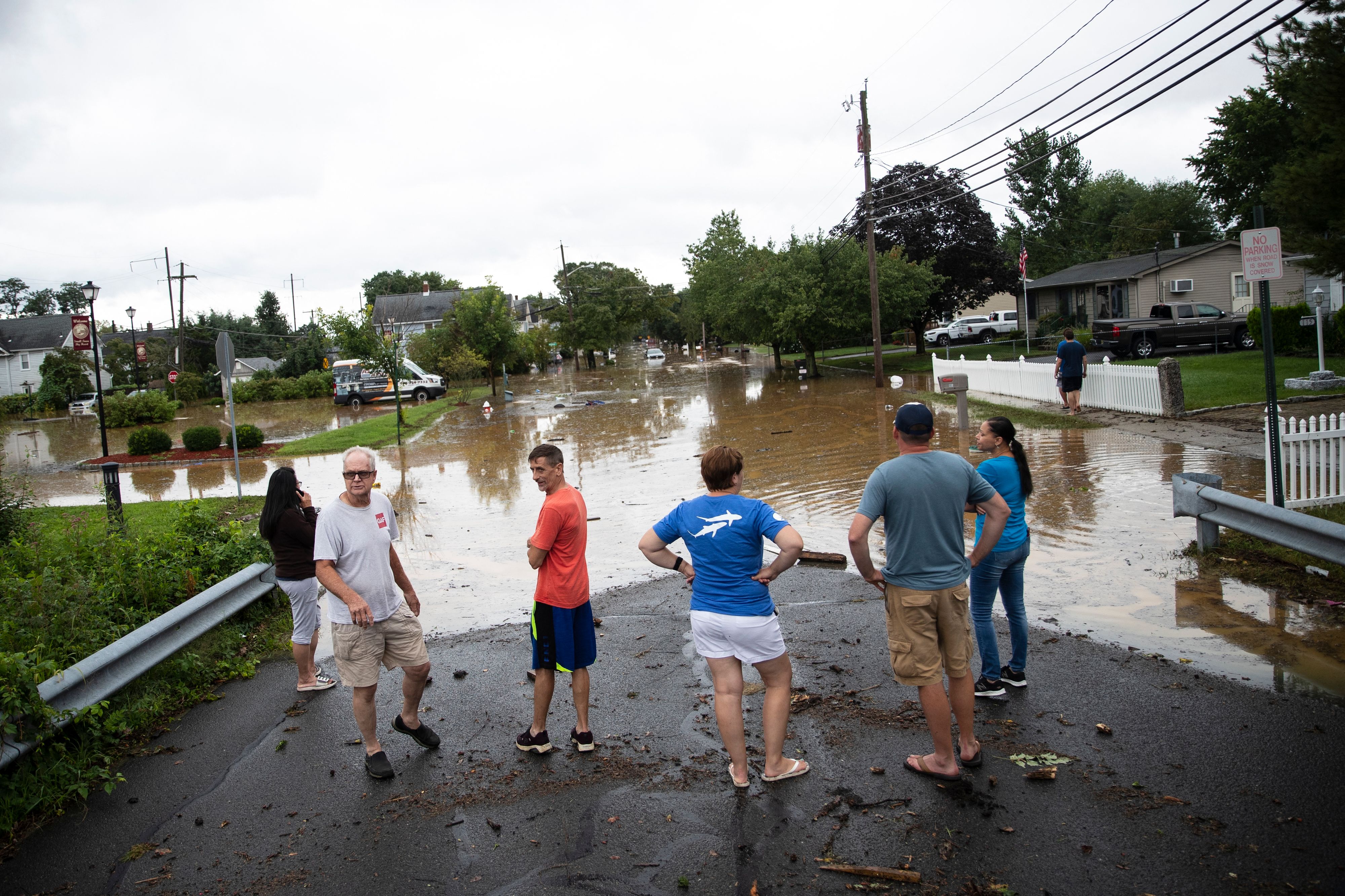 How Much Rain Did You Get? Check Latest Totals From Around Tri-State Area 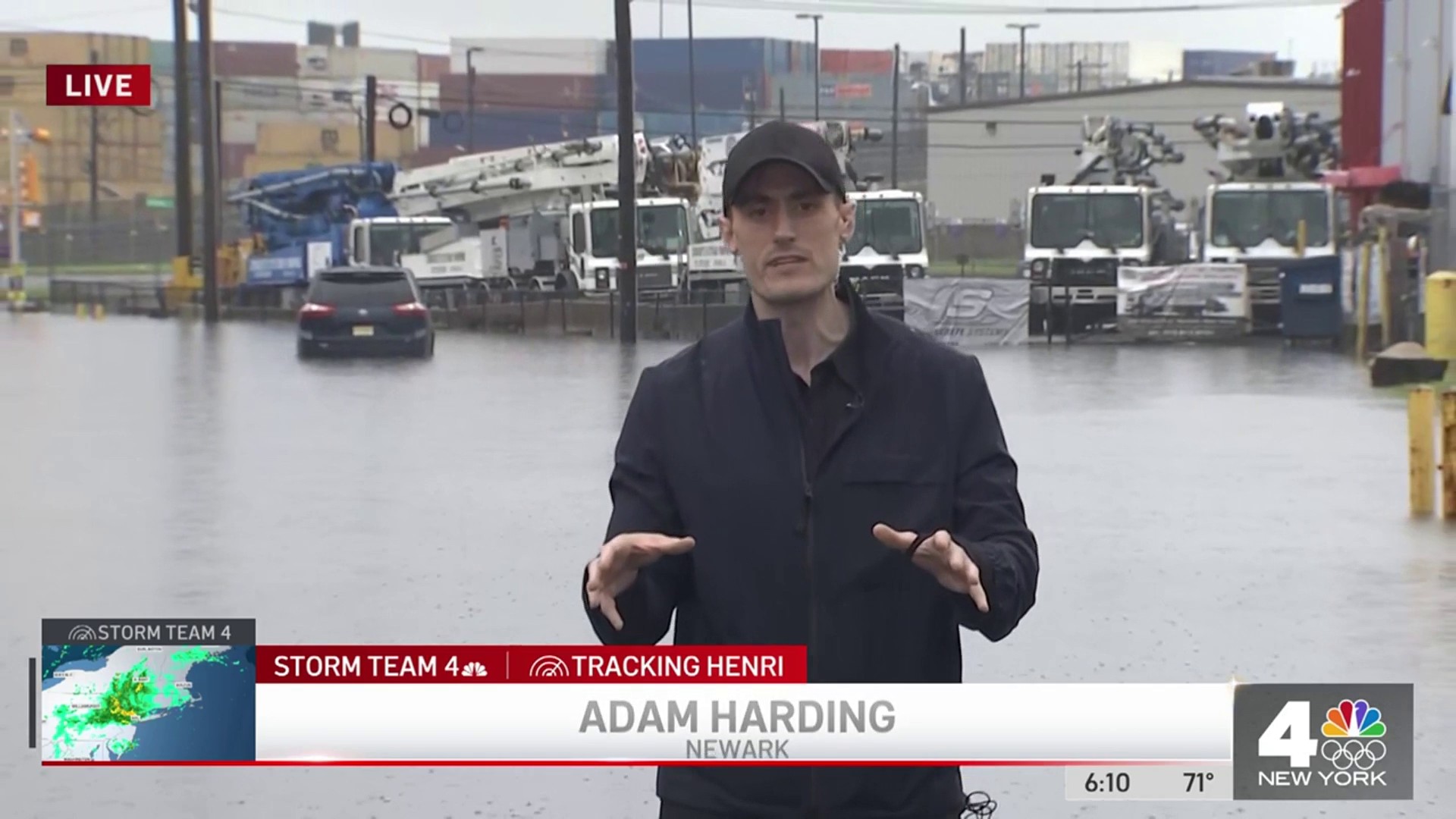 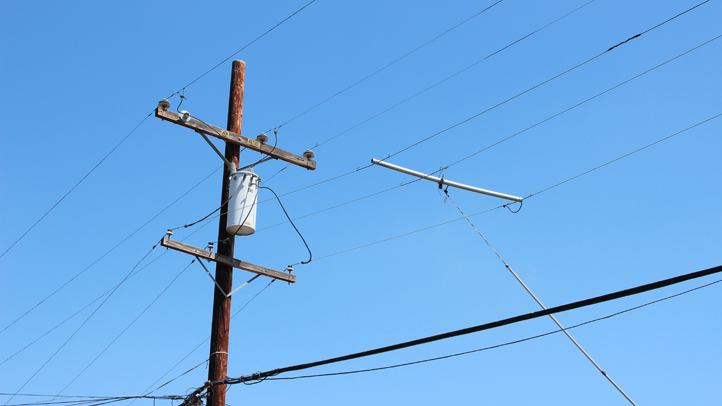 Henri made landfall Sunday afternoon along the coast of Rhode Island as a tropical storm after it had been downgraded from a Category 1 hurricane. Maximum sustained winds were estimated to be around 60 mph at that time.

So when will we get a break? Henri should move across northern Connecticut or southern Massachusetts Monday afternoon. The NHC said Henri is expected to move back east through New England and eventually push out to the Atlantic Ocean. Long Island should be the last in the New York area to see Henri move out.

Conditions will finally dry up, and clouds will clear out Monday night, bringing back plenty of sunshine Tuesday through the better part of the week. Along with the brighter skies, the heat and humidity make a comeback as well.

Temperatures Tuesday are expected to hit 90 degrees and linger there for three days, which would mark the latest tri-state heatwave of the season.

Track the rain using our interactive radar below.