The National Weather Service issued a Tropical Storm Warning for Puerto Rico on Tuesday morning as a disturbance in the Atlantic Ocean continued developing and approached the Caribbean.

The National Hurricane Center said the system was forecast to pass "near or over" Puerto Rico Wednesday night, with tropical storm conditions extending through Thursday morning.

For the latest on the storm in Spanish from Telemundo47.com, click here. 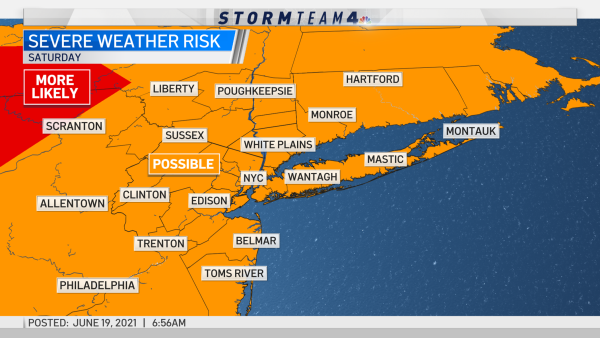 "The potential tropical cyclone will produce total rain accumulation of 3 to 6 inches with maximum amounts of 10 inches across the northern Leeward Islands, British and U.S. Virgin Islands and Puerto Rico," the NHC said.

"This rainfall may produce life threatening flash flooding and mudslides, as well as potential riverine flooding."

The system does not yet have a name, but is given an 80 percent chance of forming into a named tropical cyclone over the next 48 hours. The next name on the list in this active season would be Isaias.