Although the precipitation is over for the immediate future, a powerful cold front has brought some bone-chilling and potentially dangerous wind chills to the entire tri-state area, which sees highs below freezing on Thursday.

Sun is in the forecast, but so is extreme cold, with a high temperature of just 27 degrees expected for the day. New York City's Office of Emergency Management warned of single-digit wind chills through Thursday morning. It's even worse in places north and west of the city, where wind chills as cold as 10 degrees below zero can be expected.

Under these bitter cold conditions, frostbite can occur in just 30 minutes. So make sure you layer up and that you're well covered. Wind chill advisories have been issued for some parts of the region. Check all the latest weather alerts for your neighborhood here.

The wind gusts that brought some snow squalls on Wednesday will stick around, with bursts that could hit 40 mph.

Those snow squalls — brief but blinding bursts of snow — drastically limited visibility and slickened roads just as the peak evening rush got underway. Snow totals up to 3 inches were reported in parts of New Jersey in a brief period of time. Thankfully, no more whiteouts are expected this week.

Cameras from all over, including 30 Rockefeller Center and near the Mario M. Cuomo Bridge, showed the storm as it rolled in, replacing largely clear skies with a mass of snow and clouds within minutes.

Everyone across the region was bundled up and doing whatever they could to stay warm, as the coldest air of the season so far moved in. NBC New York’s Erica Byfield reports.

If there's any good news, it's that we warm up a bit heading into the weekend. Temps hit just above freezing, around 33, on Friday and then inch up slightly Saturday again before surging back into the 40s Sunday. Expect temperatures in the mid-to-high 40s through Christmas Day.

Worried about your commute? Get real-time transit updates from all your key commute sources below. 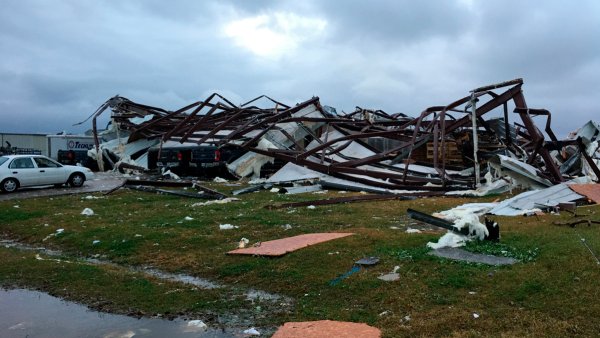 4 Dead, Several Injured Across South in Outbreak of Twisters 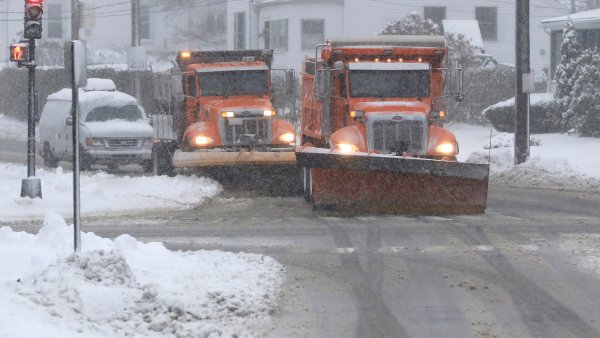