NBC 4 New York and Telemundo 47 announced the final results of this year’s Clear The Shelters pet adoption campaign, setting a new record for local recorded adoptions and raising important funds to support more than 90 local shelters and rescues. Due to the impact of COVID-19, this year’s effort was the very first to go virtual, with the Tri-State’s month-long “Adopt & Donate” campaign providing more time for families to research available pets, while offering necessary steps to ensure the health, safety, and convenience of all participating in the adoption process.

“This was a remarkable effort in a very difficult year. Our campaign connected 18,077 homeless animals with loving homes all across the Tri-State. We also raised $90,598 to support the work of our shelter and rescue partners. We thank all of our WNBC viewers who supported this year’s effort,” said Eric Lerner, President and General Manager of NBC 4 New York.

“Telemundo 47 viewers love animals and it shows. Our morning ‘Pet of the Day’ segments were a hit and we received more emails, phone calls and social media inquiries than ever before.  There is nothing like the love and affection that a shelter or rescue pet can bring, particularly during these tough times.  This is why we are overjoyed at the results of our Desocupar Los Albergues campaign and the heartwarming tales of viewers meeting their new best friends for the first time,” said Cristina Schwarz, General Manager and President, Telemundo 47 New York.

Since launching in 2015, NBC 4 New York and Telemundo 47’s Clear the Shelters campaigns have consistently generated increases in recorded adoptions:

NBC 4 New York and Telemundo 47’s Clear The Shelters “Adopt & Donate” campaign is the largest of 125 local efforts conducted by NBC and Telemundo owned stations with affiliate stations and shelters from coast-to-coast.  Over 130,000 pets were adopted in this year’s sixth annual national campaign with more than 500,000 pets adopted to date through these efforts. 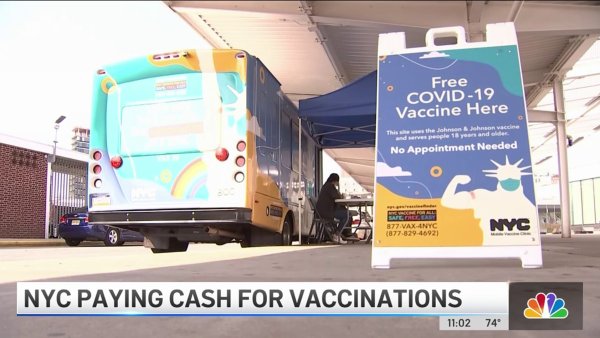 NYC is Now Paying Cash As Incentive to Get COVID Vaccine