Craig Spencer, an NYC ER doctor who rose to national prominence this week, has called the coronavirus "perfect" in its ability to sicken people

Healthy adults dying in chairs waiting to be treated. People walled off behind glass doors gasping for air. Life-or-death decisions every hour of the day.

The picture being painted of New York City's emergency rooms is a horrifying one, and the painters are experts in pandemics -- an emergency room doctor who survived Ebola and an ER nurse who's worked in some of the world's hottest conflict zones.

Craig Spencer, an emergency room doctor at Columbia University Medical Center, got Ebola in 2014 while fighting an outbreak in Africa. He survived, and this week has become one of the most outspoken voices in the country on what's happening in real time in New York.

Spencer took to Twitter in the early hours of Friday to once again say what he was seeing - and it is utterly dire.

"My colleague just shared a story of a healthy 49 year old who was diagnosed with #COVID19 and died in a chair in the ER. Our ERs and ICUs are filling up, despite what you hear at task force updates. We are not near the end of this. We are hardly at the beginning," he wrote.

Spencer's grim assessment is not the only one. He shared a similar tale from Valerie Gruhn, an ER nurse based in Brooklyn who also works with Doctors Without Borders in some of the world's most active war zones.

"The #ER I once knew so well has now been converted into closed glass doors with people behind them gasping for air. I notice a change in my coworkers. I recognize their facial expressions with those I’ve seen on the field when working in #Ebola or in #war zones," Gruhn wrote on Twitter Thursday night.

"American #healthcareproviders are not used to making choices due to scarcity, and now, as our #PPE supply dwindles and ventilators are becoming scarce for our patients, we are forced to make decisions that will either end the life of a patient or our own," she wrote.

New York City is the American epicenter of the global crisis, with about 30 percent of all U.S. cases and more than 25 percent of all domestic deaths. Gov. Andrew Cuomo said Thursday that all of the currently projected scenarios for the virus's growth, even the most optimistic ones, would overwhelm the state's hospital system. 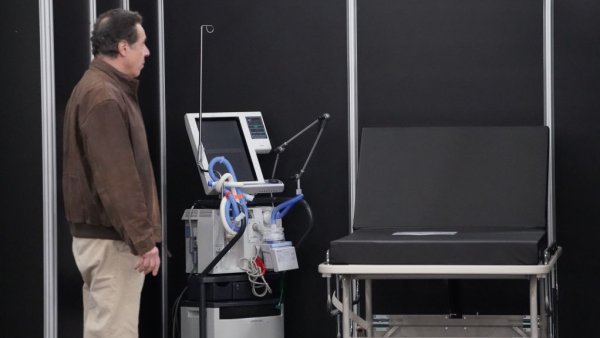 NY Wants the Nation's Breathing Machines, But Supply Is Low 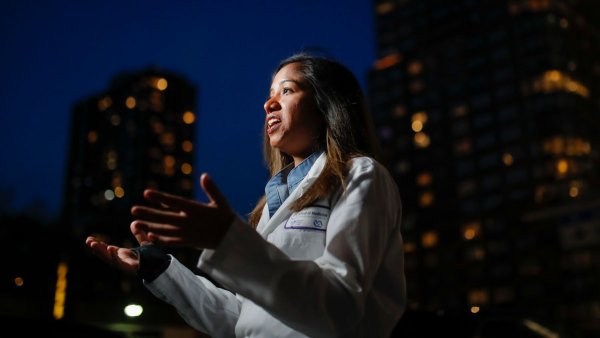 A New York Doctor's Story: ‘Too Many People Are Dying Alone'