Persephone, the Robot Guide, Leads Visitors in a Greek Cave

Persephone is a tour guide in Greece, but perhaps not the type people are used to.

Billed as the world’s first robot tour guide inside a cave, Persephone has been welcoming visitors since mid-July to the Alistrati Cave in northern Greece, 135 kilometers (84 miles) northeast of the city of Thessaloniki.

The multilingual robot covers the first 150 meters (roughly 500 feet) of the part of the cave that is open to the public. In the remaining 750 meters (2,400 feet), a human guide takes over.

The robot was named Persephone because, according to one version of the ancient Greek myth, it was in a nearby plain that Pluto — the god of the underworld who was also known as Hades — abducted Persephone, with the consent of her father Zeus, to take her as his wife.

The robot can give its part of the tour in 33 languages and interact at a basic level with visitors in three languages. It can also answer 33 questions, but only in Greek. 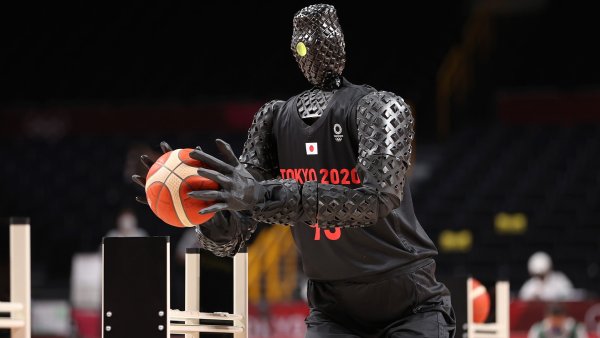 Our Robot Overlords Are Better at Basketball Than We Are 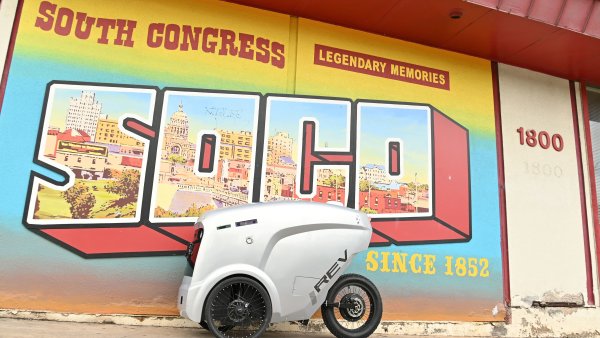 Nikos Kartalis, the scientific director for the Alistrati site, had the idea of creating the robot when he saw one on TV guiding visitors at an art gallery. Seventeen years later, "we got our funds and the robot guide became a reality,” Kartalis told The Associated Press.

“We already have a 70% increase in visitors compared to last year since we started using” the robot, says Kartalis. “People are enthusiastic, especially the children, and people who had visited in the past are coming back to see the robot guide."

“It is something unprecedented for them, to have the ability to interact with their robot by asking it questions and the robot answering them,” he said. “Many foreign visitors couldn’t believe Greece had the capacity to build a robot and use it as a guide in the cave.”

The robot moves along a walkway, passing through an ornate landscape of stalactites and stalagmites. These varied formations can reach 15 meters (50 feet) tall and are seen throughout the cave's nearly 1 kilometer (1.6-mile) walkway, which is accessible to people with limited mobility.

“This cave is one of the most beautiful, not only in Greece but in Europe, as well," says Kartalis. “It has stalactites and stalagmites in many shapes and colors, even red."

He said the cave was 3 million years old and was first explored in 1974 by the Hellenic Speleological Society and a team of Austrian speleologists. It opened to visitors in 1998.

Persephone, with a white body, black head and two luminous eyes, moves on wheels, guiding visitors to the first three of eight stops along the walkway. She can do two more stops, but her low speed slows down the tour, which is conducted in three languages simultaneously. Persephone’s creators are considering ways to speed her up.

The robot begins by saying: “My name is Persephone, I am the daughter of the goddess Demeter and the wife of Pluto, the god of the underworld. I welcome you to my under Earth kingdom, the Alistrati Cave.”

Artificial intelligence and robotics are becoming more important during the coronavirus to help bridge divides between people forced to social distance. The CEO and COO of the Boston-based AI company Neurala explained why.

Many visitors are intrigued by the robot guide.

“It was surprising for me. I’ve never experienced such a thing. Actually, honestly, I prefer a live guide, but it’s interesting doing it this way. And I like the pace of the robot. It goes slower, so I can look around,” said Patrick Markes, a Czech visitor.

Markes listened to the first three stops from the robοt in his native language and the rest in English from a human tour guide.

“I should thank Persephone, our robot, she said very fine things,” said Christos Tenis, a Greek visitor. “I’m impressed by the cave. Of course, we had a flawless (human) guide, she explained many things. I’m very impressed."

Persephone is not the only technology used inside the cave. There's a cellphone app in which a visitor, scanning a QR code, can see the Alistrati Beroni. That’s a microorganism that is only found in this cave, in the huge mounds of bat droppings left behind when the cave was opened and the bats migrated elsewhere.

Evdokia Karafera is one of the tour guides who partners with the robot.

“Robots, at some point in the future, will take over many jobs. But I believe they cannot replace humans everywhere," she said. “(Visitors say) ‘the robot is interesting, original, but can’t substitute for the human contact with the guide and the conversation we can have on the way back.’”