Will Steelers Thank the Giants For Santonio Holmes?

Santonio Holmes was the twenty-fifth selection in the 2006 NFL Draft. He was the first and only wide receiver taken in the first round. And in light of his tremendous MVP-winning performance in the Super Bowl, it's worth noting that he very easily could have been a New York Giant.

The 2006 draft was the last of previous General Manager Ernie Accorsi's regime. It was also the first draft after the fallout from the Eli Manning trade (i.e. they no longer owed draft picks to San Diego). And much of the pre-draft scuttlebutt was about improving the then-porous secondary, and providing weapons for their much bally-hooed blue-chip quarterback.

Accorsi was never a big guy on trading to move up and down in the draft, trades for Jeremy Shockey and Eli were among the few notable exceptions. But when the Giants got on the clock they shocked folks by moving down in the draft via a trade with the Pittsburgh Steelers. Pittsburgh then chose Santonio Holmes, the clear cut top wide receiver on the board, and incidentally, the replacement for Plaxico Burress who was lost to the Giants a year prior. While New York compounded the shock by drafting a defensive end Matias Kiwanuka, despite already having two Pro Bowl defensive ends on the roster (Strahan and Umenyiora). 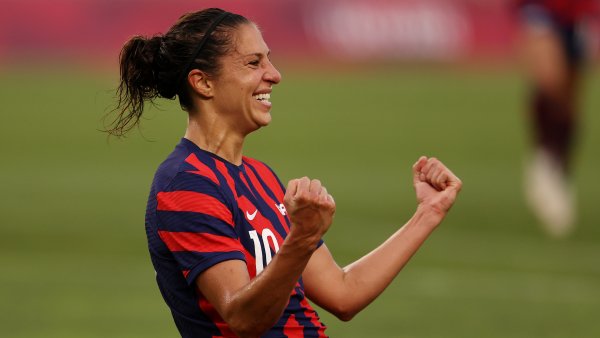 After Decorated Career, Carli Lloyd Will Savor Final Game With US

The redundancy at defensive end was validated by the Super Bowl run a couple years later, fueled in large part by the voracious depth on the Giants defensive line. But in his first year as a starting defensive player this season, Kiwanuka didn't have nearly the impact of Santonio Holmes. And despite receiving an opportunity to step up with the loss of Plaxico Burress, Sinorice Moss has continued to look like a name-brand bust. With all the questions regarding the Giants wide receiver corps this offseason, one can't help but think the Giants probably feel some regret over not taking Holmes.

As for Pittsburgh, between Ben over Eli, and receiving the gift of Santonio Holmes, the Steelers should at least send the Giants a thank you note for not getting in the way of adding their two most important pieces on offense.

Patrice Evans puts up MVP performances at his blog The Assimilated Negro.