Which Countries Have Won the Most Olympic Medals?

The USA often leads the medal count, while some countries have yet to win a medal

However, not every country is as lucky. There are still a plethora of countries that have yet to receive a single medal at any Olympic Games. The hope is that these Olympic Games will change all that, and there very well could be some countries that finally have an athlete bring a medal home.

Let’s look at the most and least decorated countries in Olympic history:

Which country has the most Olympic medals?

When it comes to overall Olympic success, it’s the United States and then everyone else.

The U.S. has won a total of 2,827 medals in all the years of competition. The U.S. has a number of records when it comes to the Olympics, including the most gold, silver and bronze medals won, individually. For gold, the U.S. has 1,127, 907 silver medals and 793 bronze medals. The next country with the most medals hasn’t even cracked the 1,000-medal mark, as the United Kingdom has 883. Following behind the U.K. is Germany with 855. Then comes France with 840.

It’s an impressive feat for each of these countries, as the average medal count for participating countries at the Olympics is about 205. For as many medals as the U.S., U.K. and other powerhouse countries have garnered, there are just as many countries that have had minimal success at the Olympics. 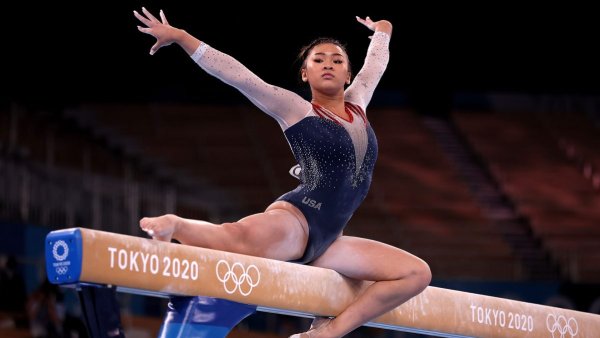 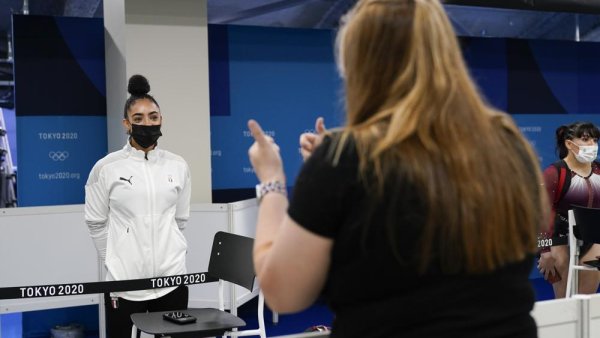 The ‘Gymternet': Where You Can Find Gymnastics' Devoted, and Sometimes Toxic, Fans

Since the 1896 games in Athens, the number of countries and athletes participating in the Olympics has ballooned in size lowering the number of medals per athlete for each country.

Which countries have the fewest Olympic medals?

While there are plenty of countries that have never won a medal -- and we’ll get to that in a bit -- there are still many that have a very small amount of medals. In some cases, it’s a singular medal to the country’s name.

Both Iraq and Sudan have just a singular medal. Iraq took home bronze in weightlifting at the 1960 Olympics in Rome, while Sudan’s Ismail Ahmed Ismail won silver in the men’s 800m race at the 2008 Olympics.

Tanzania, Mozambique, Afghanistan and Niger all have just two medals apiece. For Tanzania, 1980 was the one and only year it medalled at the Olympics. Suleiman Nyambui won silver in the men’s 5000m competition and his countryman, Filbert Bayi, also won silver in the 3000m race. Maria de Lurdes Mutola is the only athlete from Mozambique to win medals. Competing in the women’s 800m, she won bronze in 1996 and then gold in 2000.

The U.S. reached a historic milestone by capturing its 1,000th gold medal in the history of the Olympic Games at the 2016 Rio Olympic Games. It was the continuation of the United States’ history of global domination at the Olympics.

Which countries have never won a medal at the Olympics?

Bangladesh is the most populated country that has yet to win a medal. The country has competed in nine Summer Olympic Games, with Siddikur Rahman being the country’s only athlete to qualify for the Olympics based on merit alone. Bangladesh has been able to send other athletes to the Olympics as a part of the wild card process.

Congo is the second-highest populated country to not medal at the Olympics. Other countries included Bhutan, Albania, Belize, Honduras and Somalia.

Which countries have never won a medal at the Olympics?

For the most Olympic medals won in a single Games, the U.S. holds that record with 239 medals won at the third Olympic Games, held back in 1904 in St. Louis. It was the first Games held outside of Europe and the first time the three-medal format was used.

The USSR has the second-highest total of medals won at a single Games, winning 195 medals at the 1980 Moscow Olympics. It’s hard not to include the asterisk at these Olympics, as 66 countries, including the United States, boycotted the Olympics that year given the political turmoil stemming from the USSR. It was the first time the Olympics had been held in a communist country until the 2008 Olympics in Beijing.

Coming in third, the United Kingdom picked up 145 medals at the fourth Olympic Games, which was in 1908 and held in London.

The IOC has released guidance on how they will handle awarding medals at the Tokyo Olympics.

Which country has won the most Olympic gold medals in a single Games?

Not surprisingly, the U.S. has the record for most gold medals won at a single Olympics. The record was set in 1984 in Los Angeles. The U.S. took home 83 gold medals, which included Carl Lewis matching Jesse Owens record with four gold medals and Valerie Brisco-Hooks winning three gold medals.