US Rowers Looks to Extend Olympic Dynasty in Women's Eight

The U.S. would become the first country to win four consecutive gold medals in the women’s eight if they win Friday

For more than a decade and across three Olympics, there was no greater force in women's rowing than the American eight boat.

But all dynasties eventually end. Once upon a time, East Germany dominated the event. Then it was the Romanians cruising the waters before the Americans took over.

And while the U.S. crew that lines up in Friday's Tokyo Olympics final still ranks among the medal favorites, its swagger and reputation as unbeatable were wobbled and broken since its Olympic title in 2016, as other countries started winning.

Romania won the world championship in 2017, a particularly galling defeat as the Americans didn't even medal. New Zealand stormed to the title in 2019.

“Yes, we were dominant for many years, but everyone forgets that each year is largely a new squad, and with that comes unknowns,” said Meghan Musnicki, who won gold with the U.S. eight boat in 2012 and 2016 and is one of only two members of the current crew in Tokyo with any Olympic experience. “I definitely think we are ready for the final."

The Americans sent an early message they may be ready to reclaim their dominance by cruising through their opening heat and straight into the final. With another victory on Friday, the U.S. would become the first country to win four consecutive gold medals in the women’s eight.

“It was the first time in two years that many teams have lined up internationally and gone head to head,” Musnicki said. “I think the message we sent was the same message every other boat in the event sent: We’re here to race. Let's go."

Katelin Guregian had a great view of the U.S. Women’s Eight last Olympic gold medal win in rowing. She was steering the boat. It’s a lot of pressure for the reigning champs, made even more so by the team’s streak of three straight golds on the line in Tokyo.

Assume reigning world champion New Zealand has been warned and that the Kiwis are ready.

The New Zealand boat rallied from third to first in the final stretch to win its opening heat and advance to the final. Despite the tougher-than-expected finish, New Zealand was more than a second faster than the U.S. that day.

New Zealand has never won the event in the Olympics but dominated the 2019 world championships, beating Australia by three seconds and the Americans by five seconds. The two rivals will line up next to each other at the start.

“It would be history-making. A couple of years ago we did that by winning the world championships and we’re just as motived to create our own piece of history,” New Zealand coxswain Caleb Shepherd.

And look no further than Wednesday's final in the men's four to see that even the deepest of dynasties can be broken. Britain won five consecutive gold medals, only to finish fourth in this year's final. 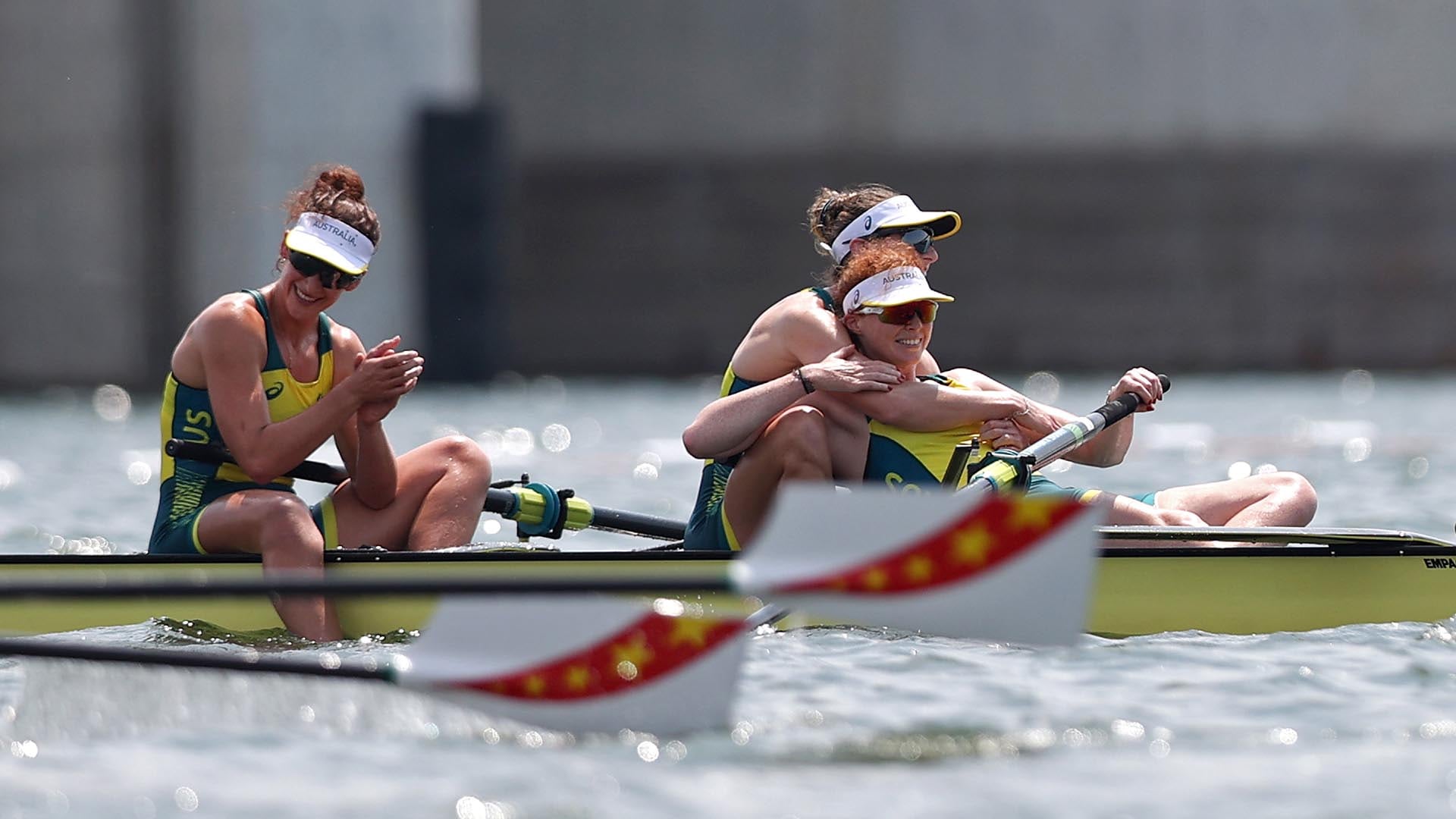 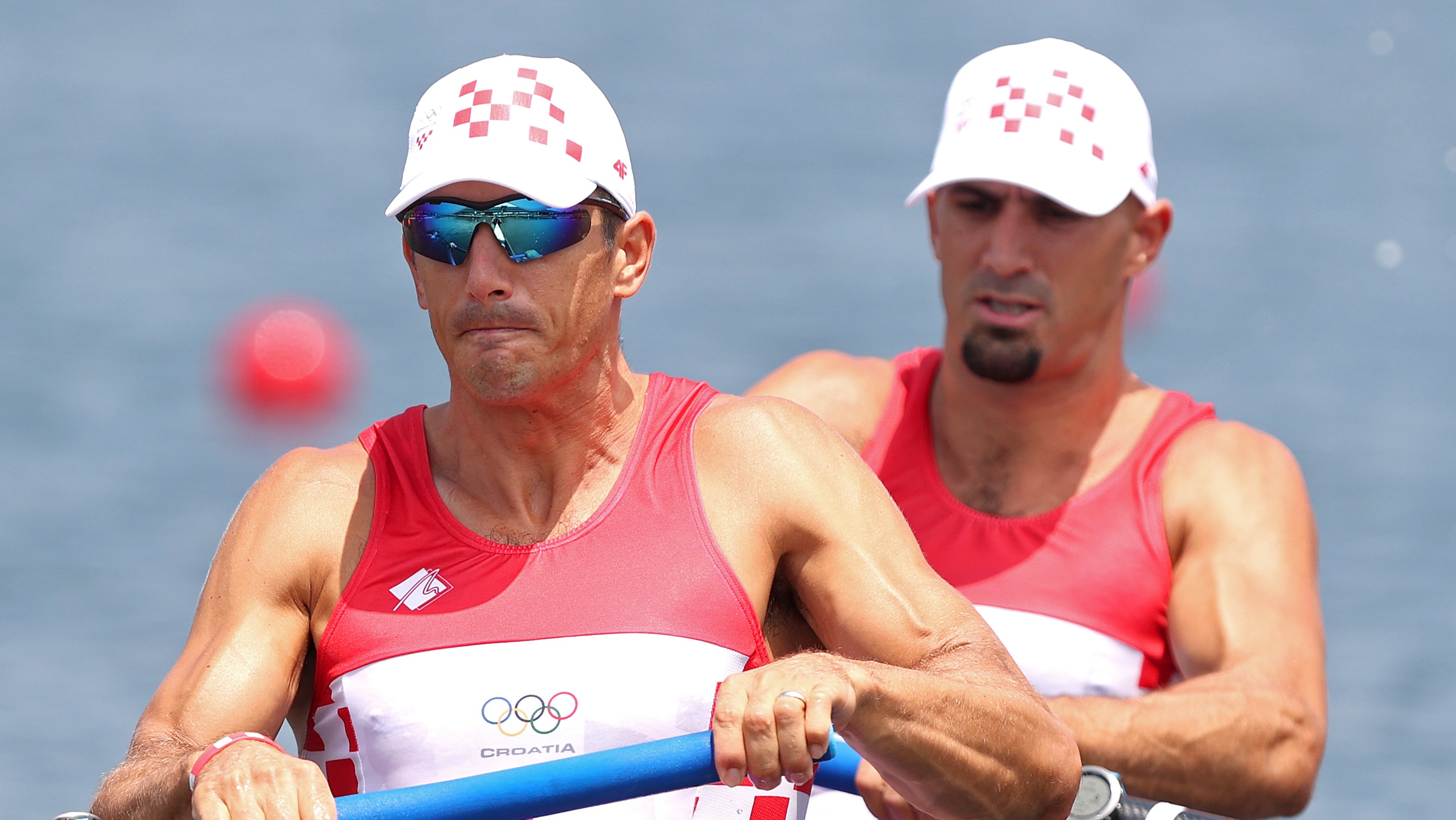 Last weekend's heats were the first time the women's eight boats had tested each other since 2019. The coronavirus pandemic delayed the Olympics for a year and no world championship was held in 2020.

The Americans were hit with a COVID-19 outbreak that swept through their Princeton, New Jersey, boathouse. It forced the team to scatter and disrupted training for weeks.

Some rowers felt only mild symptoms. Others could hardly get out of bed.

“I had typical symptoms associated with the virus: fever, headaches and loss of smell," said Olivia Coffey, a member of the women's eight. “But the most challenging aspect was prolonged fatigue."

How would you poorly explain what you do for a living? We asked Olympic athletes to give their best too-boiled-down description of their sport. “Try not to drown as fast as you can” is how bronze medalist Kieran Smith described swimming.

When she felt well enough, Coffey rowed by herself on her hometown lake in New York, trained on a rowing machine in her sister's barn and lifted weights in a garage. It was seven months before she returned to training with the team in New Jersey.

As a team, the Americans have rallied to get into shape and return to the front of the pack in Tokyo.

“We know that at the end of the day, going fast is all about how hard you can go, how much you believe and how much you trust," U.S. coxswain Katelin Guregian said. “We work on that every day at practice and that’s what it’s all about.”