Ghostly airports, devoid of bustle. Cavernous arenas where no crowds will roar. Stringent rules that are spottily enforced — and spottily ignored. Complaints over restrictions, including comparisons to Nazi Germany. Worries about outsiders causing superspreader events. And a general unease that life as we know it is upside down.

The coronavirus pandemic that interrupted the world and is digging in its heels once again in Asia? Or the seriously peculiar Olympic Games that are about to happen in its midst? Both, actually.

The Olympics are often billed, enthusiastically and with no small amount of self-interest, as a slice of the globalized 21st-century world in miniature – humanity’s very best on display. But for these weeks in Tokyo, the entire affair instead feels more like an industrial-strength clip reel of humanity’s last 18 months. 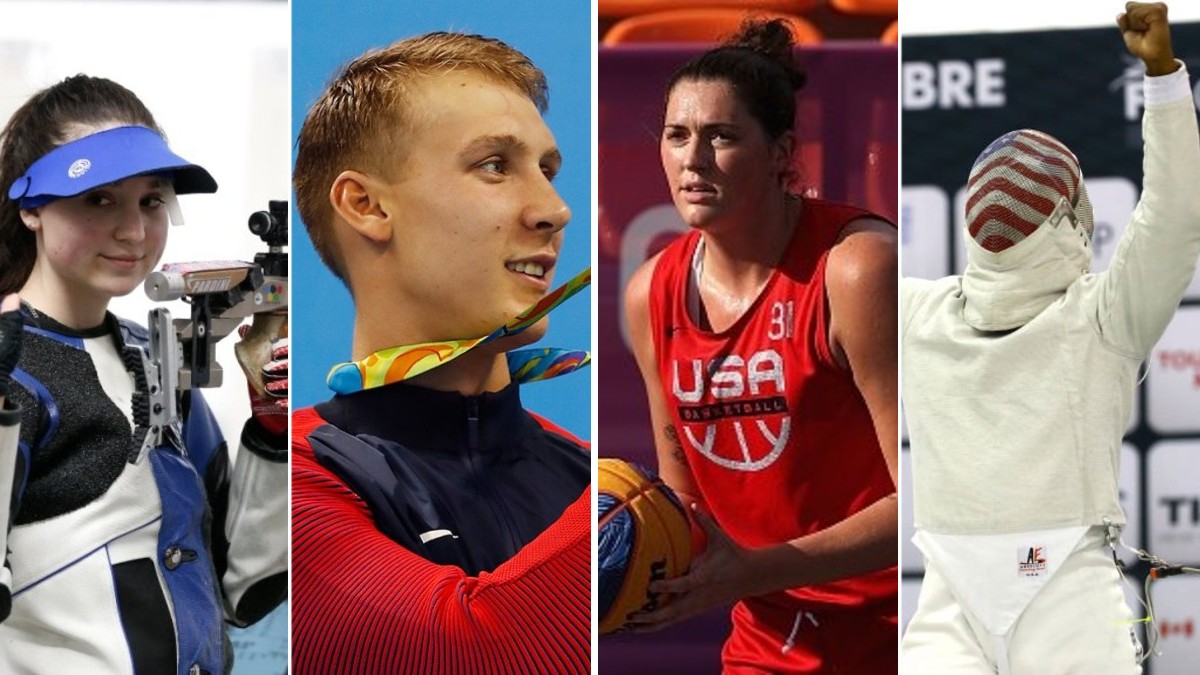 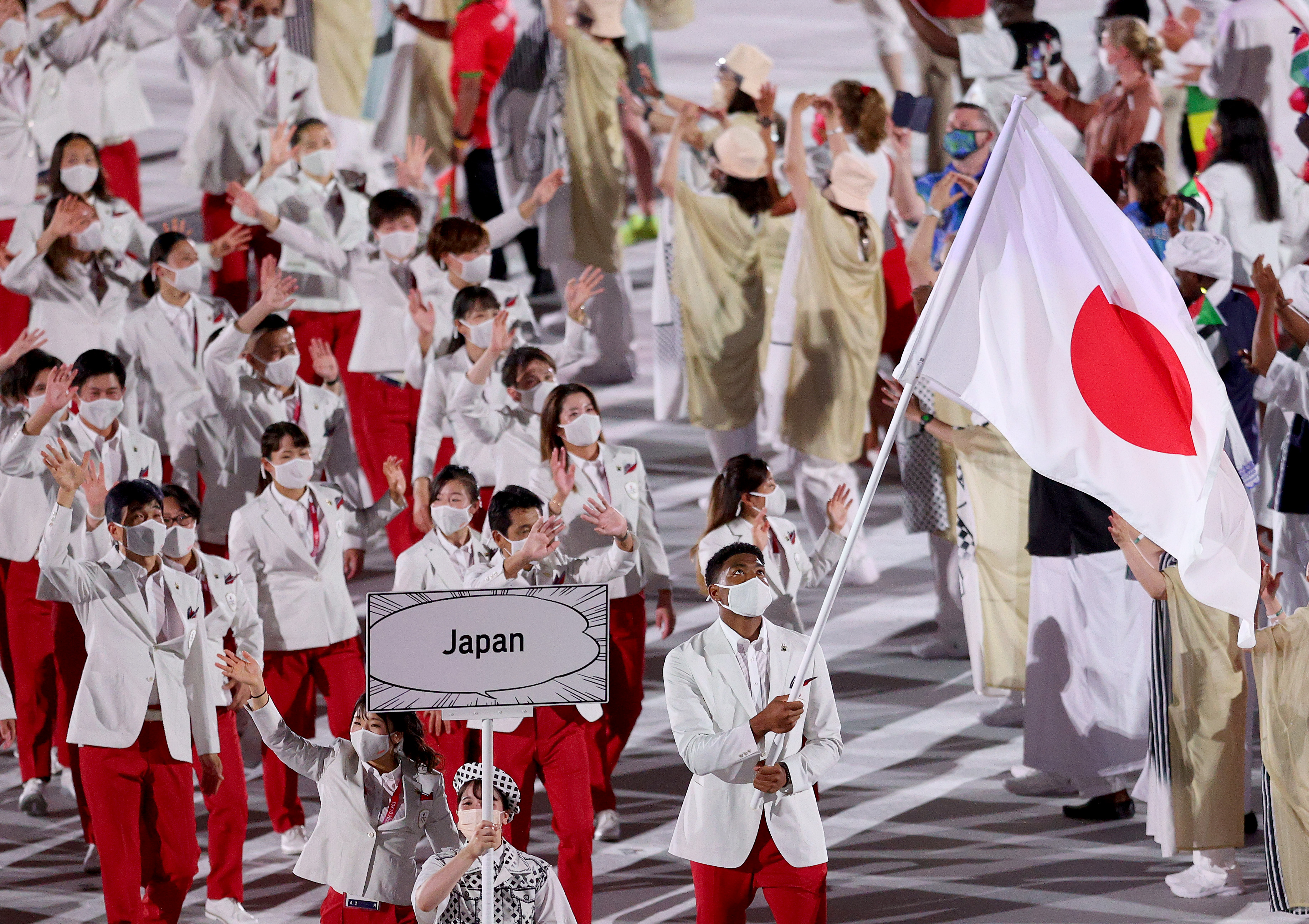 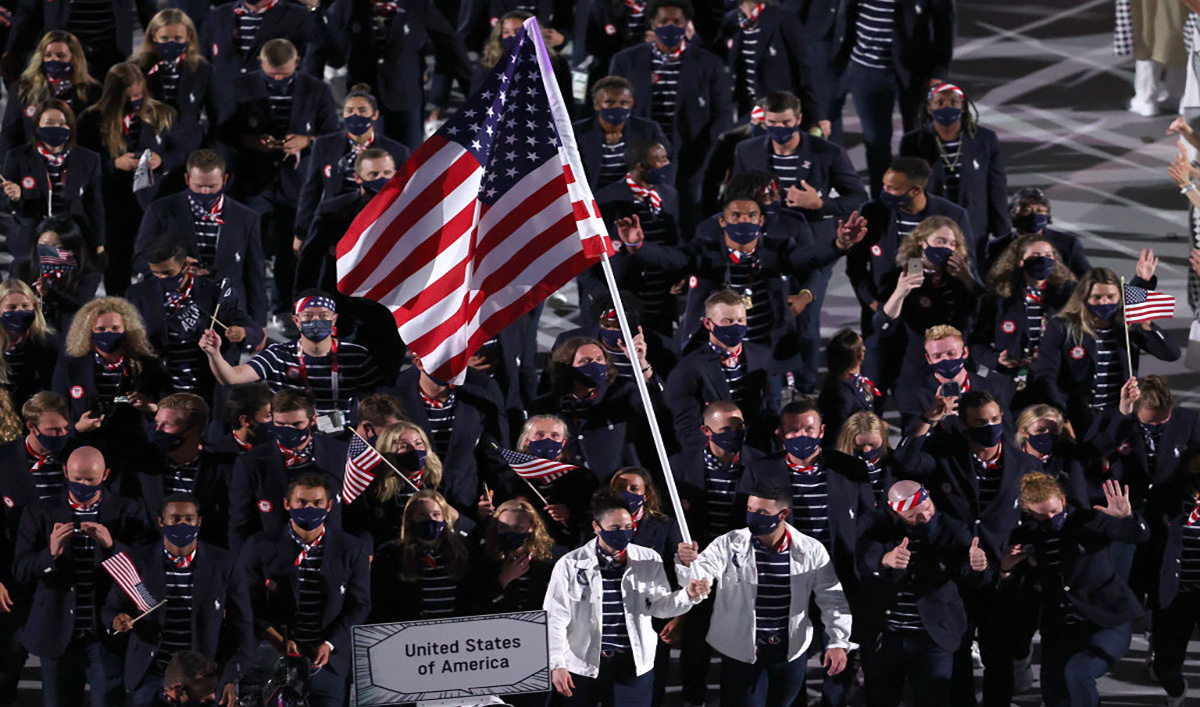 Like so many Olympics, the Games reflect the world in which they are taking place. This time, it’s a microcosm of the pandemic with all its challenges and fears, all of its irritations and surreal landscapes, jammed into a single metropolitan area during a brief moment in history eyed warily by a COVID-wearied civilization.

“The Olympic movement is living in the middle of society, and we are not living in a tranquil world,” said Thomas Bach, president of the International Olympic Committee. “We are living in a very fragile world, and therefore we have to react to this.”

For those who have watched the pandemic unfold across the world during the past 18 months — and who among us hasn’t? — the list of similarities between the Pandemic Olympics and the fragile world writ large is, in fact, a long one.

Among the shared traits, seen in recent days:

People talking past each other as they try to make their points more and more vehemently. Questionable information propagating and spreading. Sudden, unexpected positive tests that upend the best-laid plans. Inequities in vaccine distribution and access. Sporting events that should contain many thousands of people, instead brimming with empty seats and silence.

And did we mention “no high-fives,” as the signs that festoon Tokyo’s largely deserted Narita International Airport demand?

On Friday night, at the crowdless opening ceremony, athletes marched into Japan’s national stadium and milled around with each other in assorted states of masking and distancing — products of the planet’s many cultures, intermingling in a tiny if undeliberate metaphor of how COVID spread in the first place.

Why, then, is this pandemic microcosm taking place at all, despite the fact that virus spikes across Asia are shutting down much of the continent once again? Choose your reason — based on your level of cynicism.

There’s a case to be made, of course, for the idealistic storyline perpetually pushed by the IOC, which goes something like this: Even in a nonviral year, the gathering of disparate nations and their paragons of excellence is a necessary tonic for a complex, contentious, fragmented world. And during a pandemic? Maybe even more so.

Sure, yes, fine. But there have been other, more mercantile and tactical reasons to press forward. The media contracts that will richly reward the IOC and broadcast networks. The partnerships and sponsorships that help keep the gears of corporate endorsement grinding.

And the deep desire of some in Japan — in the face of significant public reluctance and sometimes outright anger — to “deliver,” as the newly fashionable word goes, an Olympics that reflects well upon the country despite repeated potholes of corruption, sexual harassment and offensive humor.

“The value of Tokyo 2020 is still exciting, and we want to send our messages to the world,” organizing committee President Seiko Hashimoto said Thursday.

Many such messages are being sent, just as they have been around the world during the pandemic. But not all of them might meet Hashimoto’s approval.

Hanabi, or fireworks, are a staple of summer nights in Japan. Ayako Kiyono and Masa Hattori from InsideJapan share the cultural significance of the displays.

Like leaders elsewhere, she might not like the people in Tokyo who, beseeched not to go out to bars, took their drinking into the streets and complained of hypocrisy by luminaries arriving in town. And there’s the message of vaccinations: Only 22% of Japanese have been fully vaccinated, a strikingly low number despite massive efforts — and a source of worry in the runup to the Games.

Perhaps the most universal question, be it the Olympics or the pandemic overall, is the continuing and fundamental clash of values within families, companies and communities around the notion of risk-taking: Is plowing ahead and soldiering on with life the wiser choice, or is the ever-invoked “overabundance of caution” the way to go?

“There is no zero risk in life,” WHO director general Tedros Adhanom Ghebreyesus said this week, praising the Tokyo Games even as he took aim once again at the overall global pandemic response.

As with the larger pandemic, though, there is a lot of airspace between zero risk and reckless risk. The world has spent more than a year negotiating that transaction — globally, regionally, locally, within individual households. And it hasn’t always done well. Will these Olympics be any different?

Yes, almost all recent Games have been filled with risks, perceived and otherwise. Risks of terrorism (Sochi, Salt Lake City, London), of political and military unrest (Pyeongchang) and of general crime (Rio). But more than any other Olympics in memory, this Tokyo edition is an intricate exercise in risk management. That comes through in almost every statement from every official, in every question from every journalist, and out of the mouths of so many of the world’s athletes.

But if the Olympics are a microcosm of the pandemic, the small sliver reflecting the larger whole, could they ultimately have an effect on that larger whole? If nothing else, the next two weeks — the challenges they present to athletes and organizers, the dangerous things that are avoided and why — could offer some hints to the larger world on how to move forward, or how not to.

Over and over, the Olympics insist that they represent the world, a world condensed for a fleeting moment into cooperation and international comity and a common reach for excellence. Sounds like something that Pandemic Planet could really use right about now.