Welcome to the no-fun Olympics, where celebrations and camaraderie will be muted by stringent rules and regulations due to the coronavirus pandemic

Sydney McLaughlin turns 22 three days after the final of the 400-meter hurdles, in which she might win Olympic gold and may even lower her current world record.

“Try and find a cupcake and then blow out the candles by myself,” McLaughlin said.

Welcome to the no-fun Olympics, where celebrations and camaraderie will be muted by stringent rules and regulations due to the coronavirus pandemic.

Navigating the Tokyo Games may prove to be anything but a piece of cake: Masks and social distancing are strictly required. Hugging is a no-no when celebrating. Meals in big groups are to be avoided. Alcohol must be consumed in one's room — and alone. Family interactions are basically reduced to video chatting.

Not exactly the once-in-a-lifetime experience many athletes were envisioning.

Sydney McLaughlin is the world record holder in the 400m hurdles, but she hopes to take home a gold medal in Tokyo. Here are five things you should know about the track star.

“In my head, it’s going to be like a really cool jail. Like you’re going to be super excited, but you’re still in jail,” American archer and three-time Olympic medalist Brady Ellison said. “But when we get there, it may not be nearly as bad as what we think it is, right?”

The lengthy playbook — a guideline for a “safe and successful Games” — is filled with “cannots” and “do nots.” Slip-ups and their consequences range from warnings to fines to maybe even worse — expulsion? — for the approximately 15,400 athletes expected to take part in the Olympics and Paralympics.

Athletes are taking the heavy restrictions — no shaking hands, don't walk around the city, eat alone when possible — in stride. Because there’s a big silver lining: They're finally green-lighted to compete after the Tokyo Games were postponed a year due to COVID-19.

“They’re sacrificing a lot,” USA men’s basketball and San Antonio Spurs coach Gregg Popovich said. “They can’t take their friends or family to Tokyo. It’s a huge sacrifice and I think they deserve a lot of credit for that.”

Then again, athletes have become adept at being flexible.

“I guess the one thing the pandemic has taught me is not to have any expectations and always expect this constant unknown,” said U.S. women’s volleyball player Jordan Larson, who is heading to her third Olympics. “It's going to be different than our past experiences for sure. But I also think we’re going to look back and be like, ‘Whoa, remember that time we played in an Olympic Games in the middle of the pandemic?’”

Another added wrinkle to overcome: homesickness. Most family members will only be allowed to offer support through phone calls and video chats.

“It's going to be sad for a lot of families and friends," Larson said, "just because it is such a special moment in life.”

The stage is set, though, for some gold medal-worthy performances on social media. Let the singing and dancing commence with posts on TikTok, which wasn't around for the 2016 Rio de Janeiro Games.

“I feel like it’s going to a very social media-heavy Olympics, given the fact that everyone is going to be stuck in their rooms,” American 400-meter hurdler Rai Benjamin said. 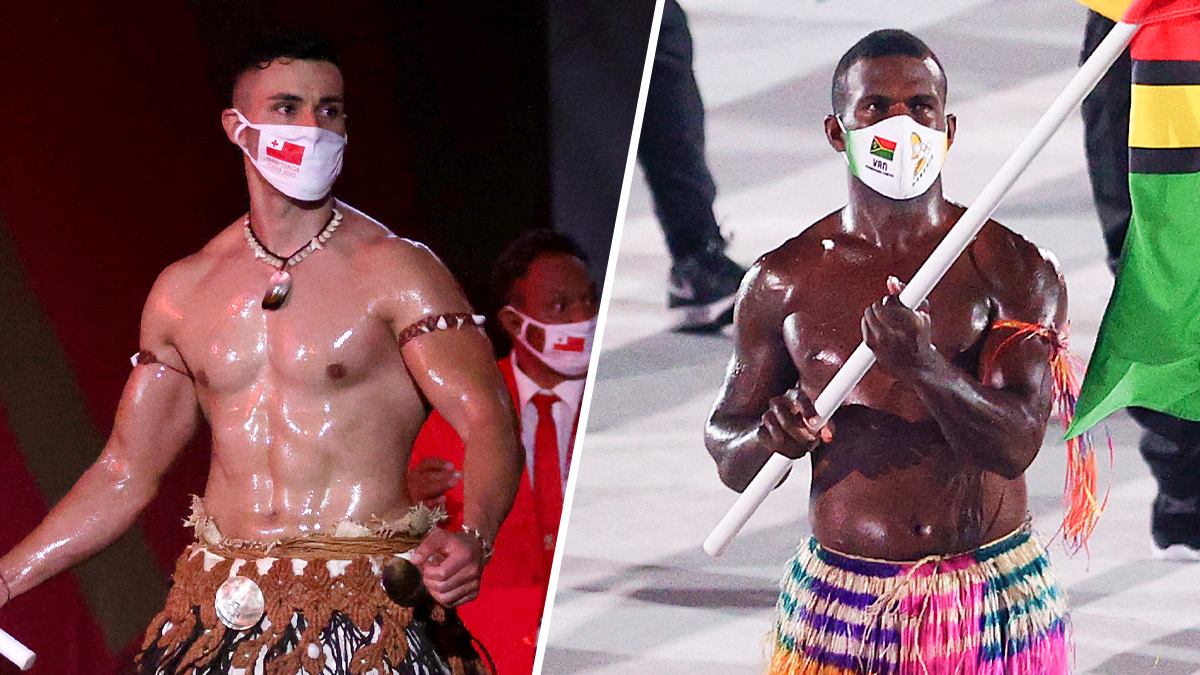 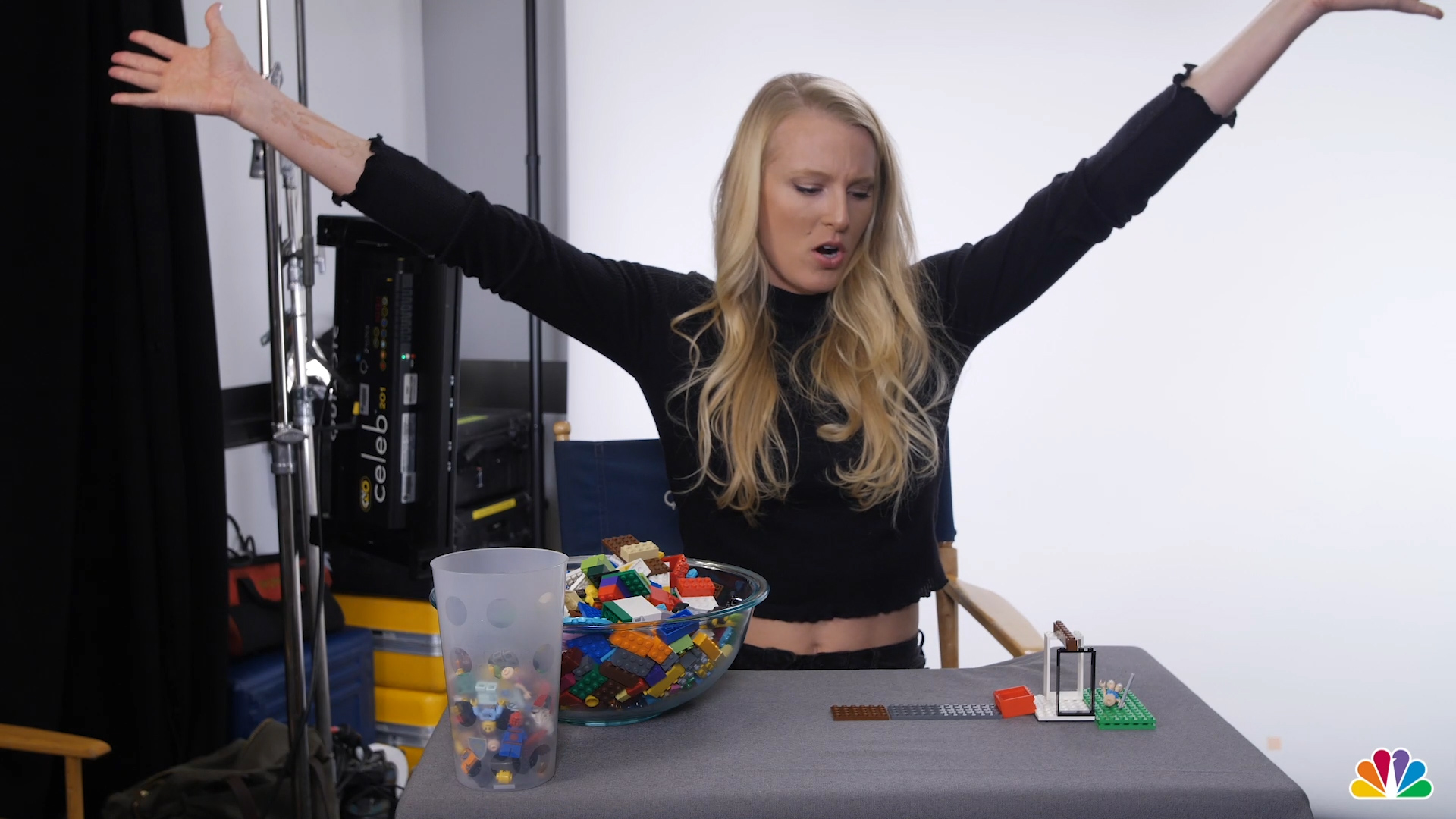 To fill the downtime between practice and competitions, participants are turning to a variety of activities:

— American high jumper Vashti Cunningham plans to catch up on episodes of “Naruto,” a Japanese anime series on Netflix.

— Paralympian cyclist/barista Oksana Mastersintends to open a coffee bar in her room, bringing plenty of coffee beans — and her grinder — to serve fellow athletes and keep them “well-caffeinated,” the eight-time Paralympic medalist said.

— Sylvia Fowles will spend some time in Tokyo studying mortuary sciences. The WNBA MVP in 2017 and three-time gold medalist for the U.S. women’s basketball team has to be ready after the Olympics. “Just waiting to take national boards,” Fowles said.

— U.S. women’s volleyball coach Karch Kiraly has games lined up such as cornhole.

— Ellison will hit the virtual links inside his room, with “tee times” at famed courses such as St. Andrews in Scotland and Augusta. His rounds will provide a little physical activity because he will be swinging a golf club that serves as a game simulator.

“It will be nice to have a little bit of movement," Ellison said. “You kind of turn to jelly when you have to sit in a hotel room.”

Team USA's weightlifters had to be creative after the COVID-19 pandemic caused widespread gym closures. From garages to makeshift outdoor gyms, some share their creative solutions.

To stay locked in, Jourdan Delacruz and the U.S. weightlifting team are training in Waikiki, working out on Tokyo time (waking up late) and in a converted hotel ballroom.

The plan: travel to Japan a few days before her event, compete and then head back to Hawaii, where her parents, brother and cousin will be waiting. Then, watch the rest of the Tokyo Games with family and teammates.

“I was really looking forward to watching other athletes from different sports,” Delacruz said. “At this point, I’m just very grateful that it’s even happening.

About the celebrations (for a medal or just in general): Keep a safe distance — and no alcohol allowed in public areas of the village. If athletes want a drink, they're being told to “drink alone” in their room.

One of the symbols of the celebratory atmosphere of the Olympics is its longstanding distribution of condoms. In Rio, for instance, officials doled out 450,000 through vending machines and with signs that read, “Celebrate with a Condom.” This time, there will be 150,000 condoms given to athletes only as they leave for home.

Speaking of leaving for home, athletes are asked to pack up and depart no more than 48 hours after they’re done competing.

“It’s very restrictive. You can’t be a tourist,” U.S. rower Grace Luczak said. “I don’t think we’re going to be able to stay around to see all the rowing events finish."

A totally different Olympics, for sure. Everyone's just trying to make the most of the unprecedented situation.

“We’ll cheer ... from afar,” said Nancy Smith, the mother of U.S. volleyball player David Smith. “It’s not the same. But we’re thankful he gets to go.”