The New Jersey native is a four-time Olympian and two-time gold medal winner with Team USA; she's the oldest U.S. women's team player to go to the Olympics, but for her -- and other older athletes -- age is just a number

Much has been made about Carli Lloyd's age. The American forward will be — gasp! — 39 when the Olympics soccer tournament kicks off.

But for all the focus on Lloyd, she's not even going to be the oldest athlete competing in Tokyo.

Meet Formiga, who is a seemingly ageless 43-year-old midfielder for Brazil. She's one of a number of Olympians who are proving that, yep, age is just a number.

“You know, I literally haven't switched off for 17, 18 years. It's been hard-core craziness. I'm sure my husband and my family are going to be excited when I'm done playing because I'll actually get to do things," said Lloyd, who is in her fourth Olympics.

The oldest Olympic athlete was a Swedish shooter named Oscar Swahn, who was 72 years, 280 days old when he won a silver medal in the 1920 Olympics.

But there's a codicil to this distinction. For nearly 40 years, the Olympics awarded medals in the arts. British artist John Copley was 73 when he won a silver medal in “painting and engraving” in the 1948 Games. It was the last Olympics that included art.

The oldest member of the United States team headed to Tokyo is Phillip Dutton, a 57-year-old equestrian who competes in eventing, a combination of dressage, cross-country and jumping. This is Dutton's seventh Olympics. He won the bronze medal at the 2016 Rio Games to become the oldest U.S. medalist since 1952. He was the oldest American in Rio, too.

First-time sport skateboarding, added in an effort to attract a younger audience to the Olympics, isn't oly for the young. South Africa's Dallas Oberholzer will try for gold at 46.

Lloyd is the oldest player on the U.S. soccer team that has the oldest average age — 30.8 — of any U.S. team that's played in the Olympics. Other older players include Megan Rapinoe and Becky Sauerbrunn, both 36.

“I don’t look at players by age because there’s so many other things that we look at before we see how old they are. The most important thing is whether they perform or not, whether they’re going to be able to help us win the Olympics or not," U.S. coach Vlatko Andonovski said.

For Lloyd, the fact that the games were put off for a year was actually helpful. She had knee surgery, reconnected with her family and hired a new trainer.

“There's been so many things that I've worked on and tried to finesse in the last year,” she said. “So, I'm actually, I think, in a better position than I was in 2020. I'm just really grateful and going to keep plugging away.” 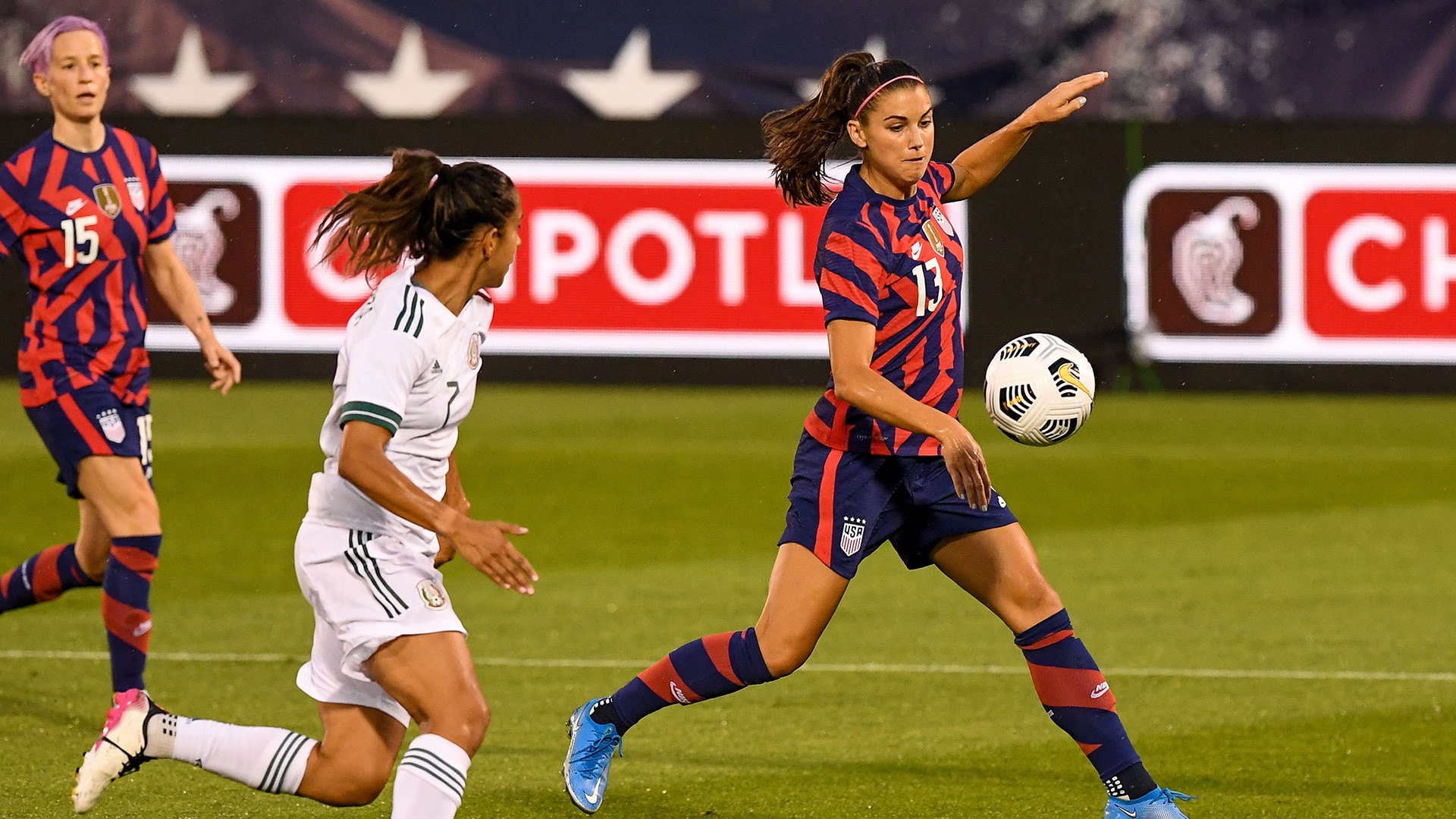 How to Watch Soccer at the Tokyo Olympics 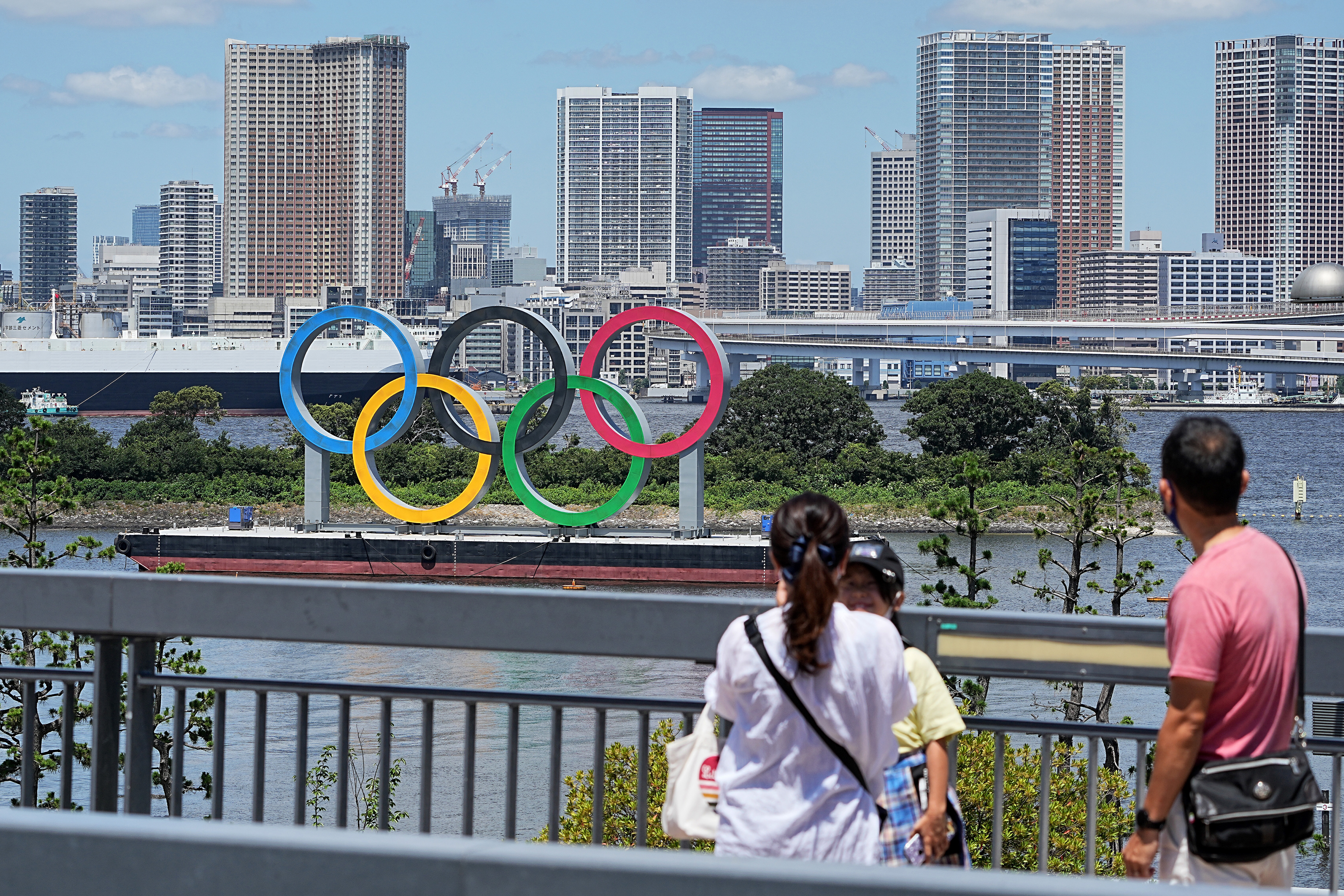 Ok, no one considers 20-year-olds old. But the U.S. gymnastic team includes several 20-somethings, including Simone Biles, who is 24. Gone are the days of Dominique Moceanu, who was just a 14-year-old sprite when she won gold in 1996.

The average age of the U.S. team is 20.8, the oldest it's been since 1952. The oldest athlete on the team is MyKayla Skinner, who is also 24 but a few months older than Biles.

"Being older, it’s just been awesome because I feel like with all the experience I’ve had, I feel like my gymnastics has been better than ever, which is super cool," Skinner said.

But they're all youngsters, really, compared to Oksana Chusovitina of Uzbekistan, who is 46 and competing in her eighth Olympics. She finished seventh in the vault in Rio.

Her age isn't the only thing that makes Chusovitina a rarity in the gymnastics world: She's also a mom. Her son is 21, older than many of the athletes she's competing against.

The Team USA women’s gymnastics team, including Simone Biles, arrived in Tokyo on Thursday, 8 days before the start of the 2020 Tokyo Olympics.

It will be his fourth Olympics. This summer he's paired with Taylor Crabb, 29, who is making his Olympic debut.

“Age is an advantage,” Gibb said. “So much of our game is pattern recognition. I’ve seen so many more unique plays and scenarios through my career and am able to react appropriately because of it. Don’t get me wrong it takes a ton of work to keep up with the young bucks physically, but I’ve done that. I’ve done that work so now it’s advantage.”

Pia Sundhage, the former U.S. soccer coach turned Sweden's coach turned Brazil's coach, put both Formiga and Marta on her roster for Tokyo. Formiga is headed to her seventh Olympics and Marta, a legend in the game, is 35 and will play in her fifth.

“Look at Formiga. We shouldn’t think it is over for them, no,” Sundhage said about her vets. "The way they play, they way they behave in the group as human beings ... it is very encouraging. They can play many matches.”

Hiroshi Hoketsu, in a bid to break the record for oldest Olympian ever at 80, was not selected for his home country's equestrian team. He first competed at the 1964 Tokyo Games. He pulled out of the Rio Games because of an ill horse.

It appears, as of now, that in Tokyo the oldest athlete will be equestrian Mary Hanna of Australia, who is a 66-year-old grandmother competing in her seventh Olympics.

Hanna is also set to become the second-oldest woman to take part in an Olympics, after Great Britain's Lorna Johnstone, an equestrian who competed in the 1972 games at age 70.

AP Sports Writers Will Graves and Jimmy Golen contributed to this report.